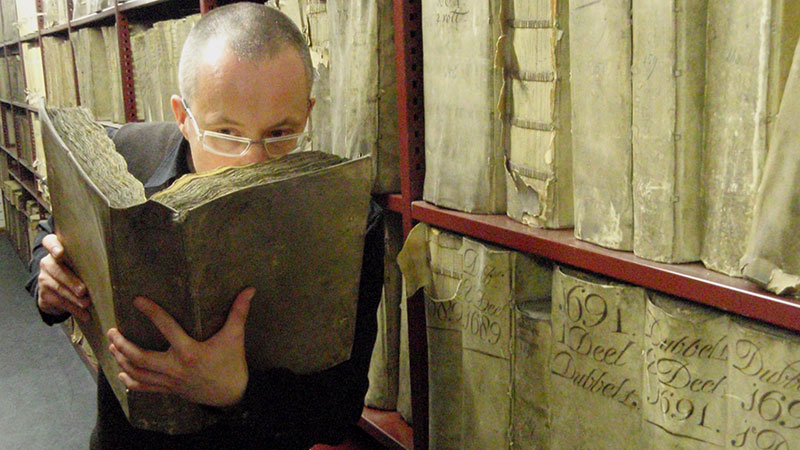 By msensory team14/01/2021No Comments
The first “Smell Museum” is to be created by Odeuropa. The $3.4 million three year project will use AI to develop both an online encyclopaedia of European smells and their physical recreation, offering immersive resources for attractions.

Odeuropa was awarded the $3.4 million grant from the EU Horizon 2020 programme. The project, which starts its first phase this month, involves collaboration between a team of European scientists, historians and AI experts with the aim of “bringing historic smells back to life.”

AI will be used initially to search historical documents to track down the smells of Europe, from the late 16th century to the early 20th century. Over 250,000 documents in seven different languages will be trawled to uncover how Europe smelled in the past.

The information will then be used to create an online smell museum, the Encyclopaedia of Smell Heritage.

This will describe the qualities and meanings of scents, tracing their storylines to map how odours have changed and evolved over time. The database will create an archive for Europe’s olfactory heritage, its scented past.

“Smell is an urgent, but highly under-researched topic,” says Odeuropa in its mission statement. “Our senses are our gateways to the past. Much more so than any other sense, our sense of smell is linked directly to our emotions and our memories. Yet we tend to overlook the significance of scents and smelling.”

The project points out that, in the past, we have lacked the requisite algorithms and other tools for “olfactory mining and modelling”. However in recent years, European museums and other cultural heritage facilities have expanded their digital data. The result is a “wealth of object, text and image data which can now be analysed using sophisticated computer science techniques.”

“Once you start looking at printed texts published in Europe since 1500, you will find loads of references to smell, from religious scents – like the smell of incense – through to things like tobacco,” said William Tullett, lecturer in History at Anglia Ruskin University, who is a key member of the Odeuropa team.

How smell can deepen the immersive experience

While the initial phase of the project will be an online resource, a selection of European smells will be preserved and reconstructed using heritage science, calling on the skills of chemists and perfume makers. These will be taken into real life experience with the potential to increase the immersive experience at museums and other attractions.

Heritage scientist Cecilia Bembibre says that, while scent is complex, it can be simplified to create meaningful experiences for people. She explains that, while the scent of coffee consists of 400 compounds, just 15 compounds are enough to give most people the essence of coffee.

While smell remains an underused sense in the attractions world, it is becoming more recognised as an important factor in visitor experience. The Jorvik Viking Centre at York has successfully used tenth century smells (notably the foul ones) in their exhibits. “One of the things that the Jorvik Viking Centre demonstrates is that smell can have a real impact on the way people engage with museums,” said Tullett. 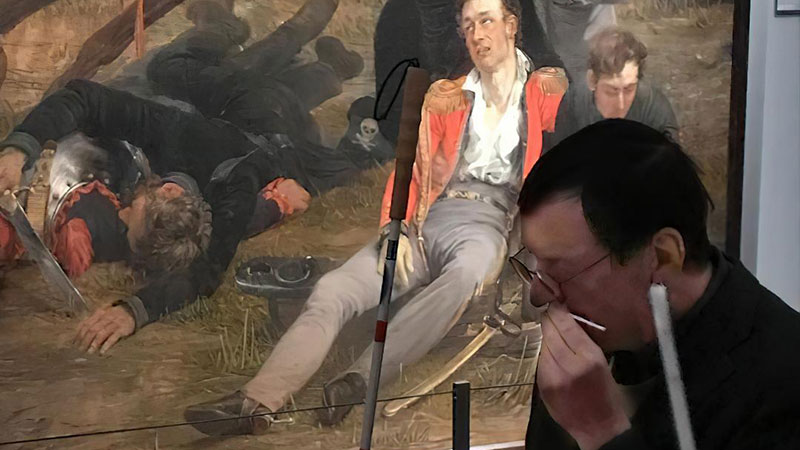 Hannes walrafen smell tour for the blind at Rijksmuseum ©CaroVerbeek

Odeuropa also points out that “seeing by smelling” can enhance the experience at museums, visual art galleries, and other attractions for blind and low-sighted people.

“Scents are in fact known to elicit intense historical sensations, even more so than images or sounds,” says neuroscientist Richard Stevenson, referenced in a post by Caro Verbeek.

Bottling an experience is another avenue for attractions to explore. While verisimilitude is the major concern of historical immersion, using imagination to conjure or recreate an experience is another, equally valid, option. In 2019 the Louvre museum collaborated with perfume company Officine Universelle Buly to create scents inspired by eight classic artworks, including the Venus de Milo and Gainsborough’s Conversation in a Park.

However it happens, it’s clear that scent needs greater consideration both in the attractions industry, and in the world in general. “As today mass digitisation, big data, and bio-physical devices such as health trackers are becoming more central to our daily activities, it becomes all the more urgent that we take great care that such programs properly consider the full range of human experiences and responses to the senses,” says Odeuropa. “What remains missing is a broader awareness of the wealth of historical olfactory descriptions, experiences and memories contained within them. We recognize this as both a challenge and an opportunity.”