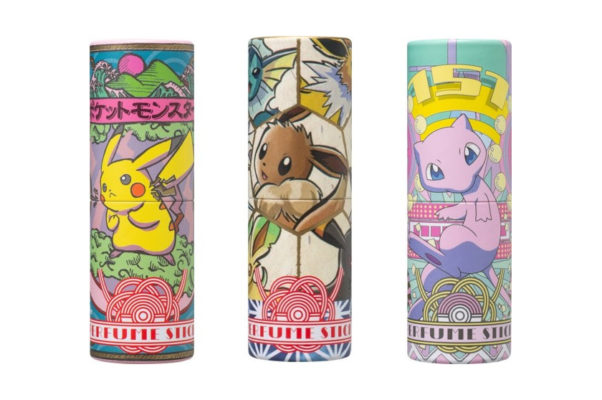 Smell Like a Pikachu or Eevee With Pokemon Perfume Sticks | Siliconera

By msensory team19/06/2020No Comments
A new line of Pokemon cosmetics has been announced. Fits Japan has announced a line of Pokemon perfume sticks will launch in Japan. The Pikachu, Mew, and Eevee varieties will debut on June 27, 2020 for 1,500円 (~$14) each. [Thanks, Game Watch!]

Each of the Pokemon perfume sticks has a different design inspired by the characters on them. Pikachu’s has thunderbolts by its sides. Eevee’s art has all eight of its Eeveelutions around it. The Mew one notes it is the 151st Pokemon and has Poke Balls near it. As noted by EmoMiu, each design is inspired by a different art style, with Pikachu’s having a Taisho modernism look, Eevee’s drawing from ukiyo-e art, and Mew’s going with a pop appearance.

The scents for all three have also been revealed. The Pikachu Pokemon perfume stick will smell like a combination of citrus fruits and soap. Mew’s smells like pears and peaches. Eevee’s is a mixture of apples and roses.

While it may seem unusual, it isn’t uncommon for video game perfumes to appear in Japan. Earlier in 2020, new Persona scents were announced. Monster Hunter had Rathalos and Zinogre colognes. There was also a Final Fantasy XIII perfume.

The Fits Pokemon perfume sticks have only been confirmed for a Japanese release on June 27, 2020. However, the company does have an English website and online storefronts like TokTok Beauty do carry its scents.

Source: Smell Like a Pikachu or Eevee With Pokemon Perfume Sticks – Siliconera