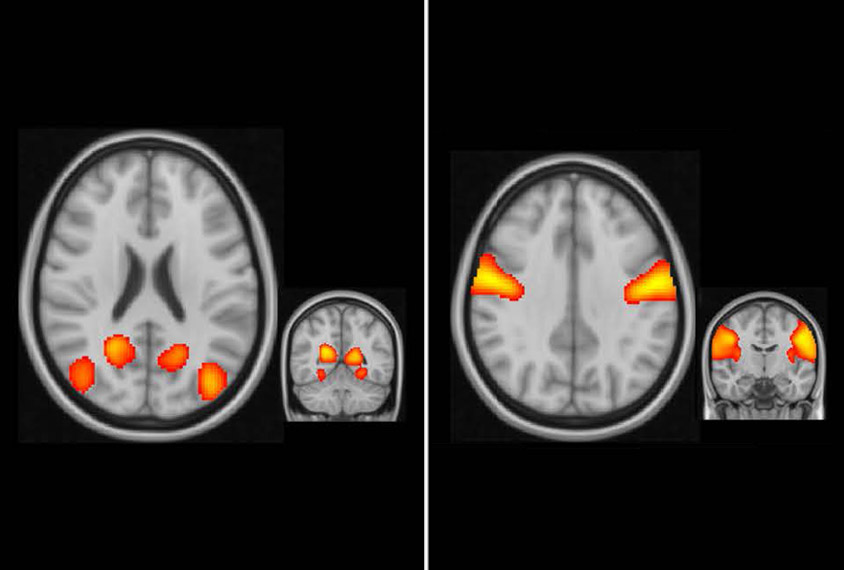 By msensory team03/07/2020No Comments
Critical connections: Atypical connectivity within and between brain networks could give rise to sensory issues in autistic toddlers.

Toddlers with autism have unusually strong connections between sensory areas of the brain, according to a new study1. And the stronger the connections, the more pronounced a child’s autism traits tend to be.

Overconnectivity in sensory areas may get in the way of an autistic child’s brain development, says lead investigator Inna Fishman, associate research professor at San Diego State University in California. “Their brain is busy with things it shouldn’t be busy with.”

Previous brain-imaging studies have found that babies and toddlers with autism have altered connectivity in various brain areas and networks, including sensory areas. But most of these data come from ‘baby sibs’ — the younger siblings of autistic children, who are about 20 times more likely to have autism than the general population.

“A lot of our early knowledge is from these high-risk samples of infant siblings,” says Benjamin Yerys, assistant professor of psychology in psychiatry at the University of Pennsylvania, who was not involved with the study. “If their behaviors and genetics are different, then all of this early brain work may also be different.”

By contrast, the new work focused on autistic children who were newly diagnosed.

“There are very, very few studies focused on this age, right around the time the diagnosis can be made,” says Christine Wu Nordahl, associate professor at the University of California, Davis MIND Institute. “I think that is the major strength of the study.”

Fishman’s team used functional magnetic resonance imaging to monitor brain activity in 24 children with autism and 23 typical children while they slept in a scanner. The children were 1 to 3 years old.

The researchers used an algorithm on scans from all of the children to divide the recorded brain activity into 10 distinct networks, which correspond to previously reported networks for older children and adults.

The team then measured connectivity — or the degree to which two brain regions synchronize their activity — within and between the 10 networks. They also measured the severity of the children’s autism traits using the Autism Diagnostic Observation Schedule.

Compared with controls, the autistic children had greater connectivity between a network that governs vision and one that integrates sensory information with movement, the study found. The more overconnected those networks, the more intense the child’s autism traits. The study was published in May in the Journal of Child Psychology and Psychiatry.

One limitation of the study is that it provides only a single snapshot of how the children’s brains are wired, Nordahl says. Adding more snapshots may reveal that children with autism are following the same development as controls, just more slowly.

To understand how changes in connectivity progress, the team plans to have the same children come back for more scans in the next year, once the coronavirus pandemic eases and human studies can proceed as normal.

Chen speculates that by the time the children are school-aged, the differences in connectivity could affect networks that govern other functions, such as language.