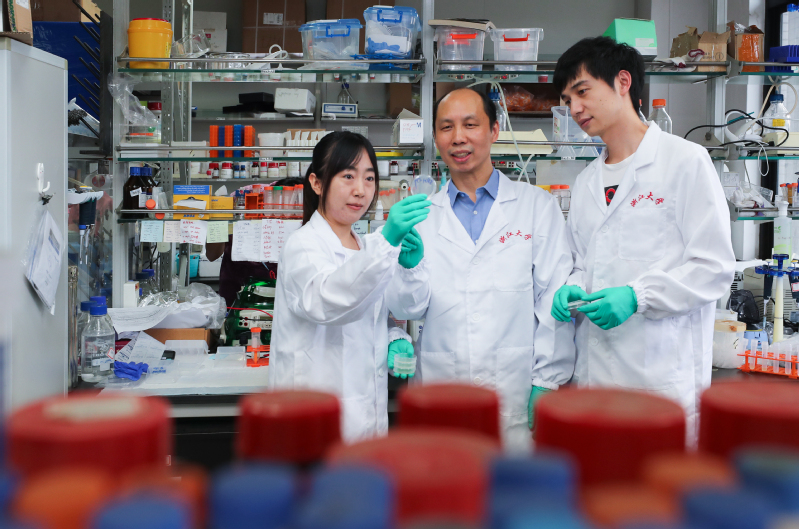 Olfactory adaptation is the temporary, normal inability to distinguish a particular odor after a prolonged exposure to that airborne compound. For example, if one stays in an orchid garden for an extended period of time, he may not be able to perceive the fragrance of orchids. The scientific community has long attributed olfactory adaptation to neuronal “paralysis” in the nervous system. Recently, the research team headed by Prof. KANG Lijun and the research team headed by Prof. DUAN Shumin from the Zhejiang University School of Brain Science and Brain Medicine engaged in collaborative research regarding olfactory adaptation. Their research findings are published in the journal of Neuron.

In both vertebrates and invertebrates, glia are not only supporting cells but also active players in brain development and function. The anomalies of glia contribute directly to a variety of mental disorders. In contrast with neurons, glia generally do not form typical synaptic structures and they are marked by a lower electrical excitability in their cell membrane. They were once labeled as “inert” and thought to play their role in providing support and protection for neurons.

Glial cells and neurons are symbiotic like a pair of twins. “Conventional notion has it that neurons tend to charge towards the front line once exposed to stimuli whereas glial cells are relatively inactive,” observed KANG Lijun.

However, experiments by Prof. KANG Lijun and Prof. DUAN Shumin revealed an active role of glial cells in olfactory transduction.

Isoamyl alcohol is a fat-soluble substance, an ester found in strawberries, mint and rum, etc. It can be used as an edible flavor compound and a raw material for perfume. It is pleasantly aromatic in low concentration while it is obnoxiously stinky in high concentration. ZJU researchers detected the elevated calcium level in both olfactory neurons and glial cells when stimulating the chemoreceptor of C. elegans with high-concentrated isoamyl alcohol. 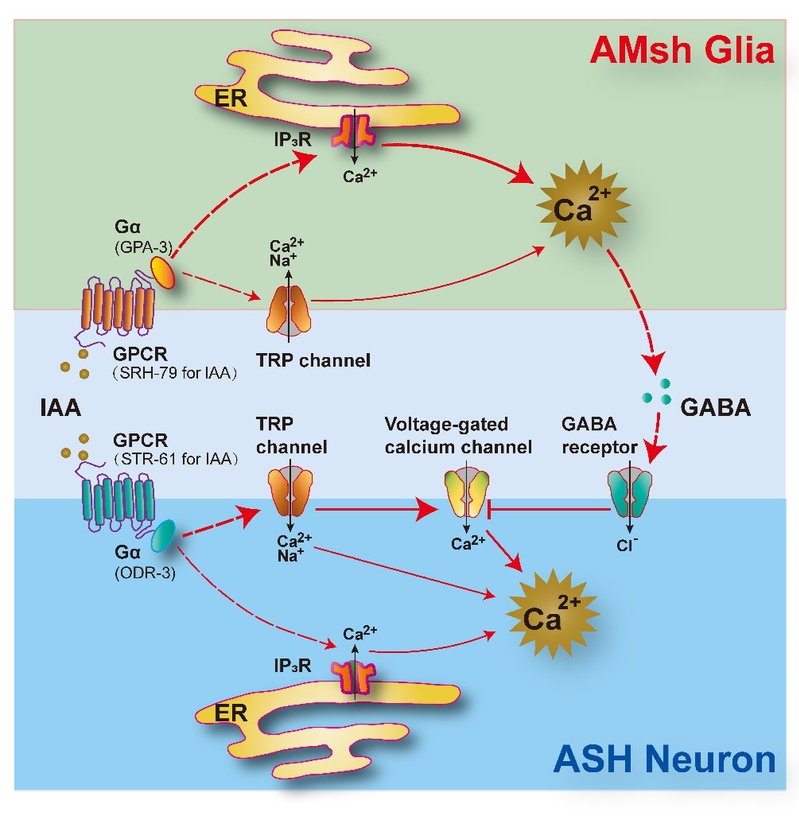 As a polymodal sensory neuron in C. elegans, the ASH neuron is previously known to detect multiple aversive odorants. This research reveals that the amphid sheath glial cells (AMsh glia), a sheath for multiple sensory neurons including ASH, cell-autonomously respond to aversive odorants via G-protein-coupled receptors (GPCRs) distinct from those in ASH. Upon activation, the AMsh glia suppress aversive odorant-triggered avoidance and promote olfactory adaptation by inhibiting the ASH neuron via GABA signaling.

Researchers in this study propose a novel two-receptor model where glia and sensory neurons mediate adaptive olfaction together. Meanwhile, this study indicates a non-canonical function of glial cells in olfactory transduction, which may provide new insights into the glia-like supporting cells in mammalian sensory procession. For example, new drug molecular targets could be developed for the olfactory degradation and the sensory dysfunction induced by Alzheimer’s disease.

/Public Release. The material in this public release comes from the originating organization and may be of a point-in-time nature, edited for clarity, style and length. View in full here.