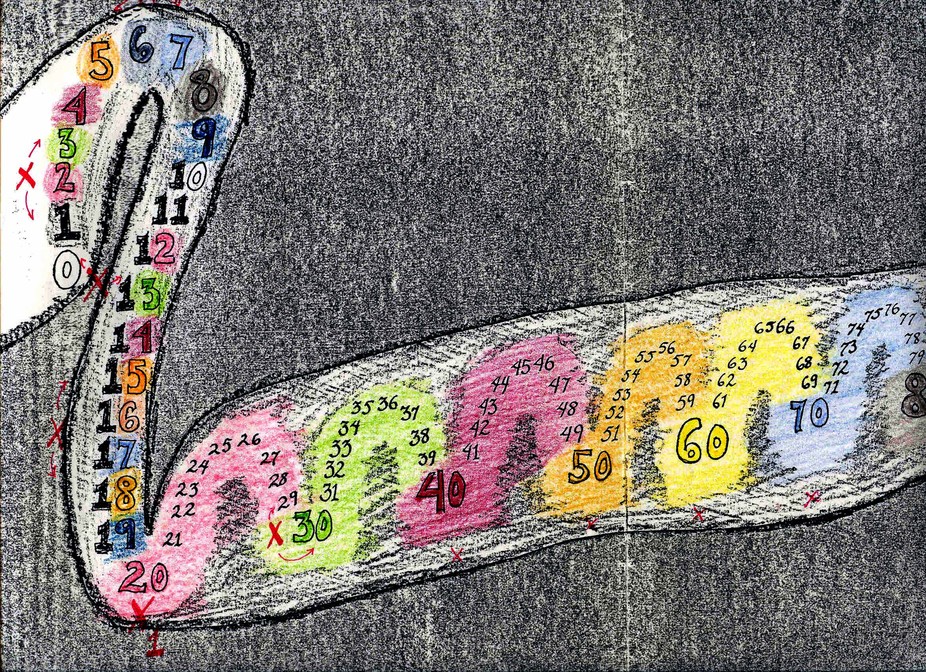 ‘Seeing’ music or ‘tasting’ numbers? Here’s what we can learn from people with synaesthesia

Imagine what the world would be like if numbers had specific spatial locations, music had shapes, or colours made sounds. Perhaps you’d experience the bass in the Jamie xx track Gosh as cuboid, metallic and heavy, with spiralling ribbons of synthesiser in the background.

This may sound bizarre, but it is actually reality for people with “synaesthesia”, a largely harmless condition that occurs in up to 20% of the population.

For a long time, synaesthesia was thought to be a neutral condition that offered no particular benefits or deficits. But we have now realised that there are in fact several cognitive and physiological features that go along with it – and some of them are very positive. Research today increasingly concentrates on what it is actually like to be a synaesthete and what we can learn from people with the condition.

We know synaesthesia is partly genetic, because it tends to run in families. But it is also thought to be environmental to some extent, because of the specific pairings between the senses. These are unique to each synaesthete, even those who are related to other synaesthetes.

Synaesthesia also appears to be associated with some immune-linked disorders, including multiple sclerosis, irritable bowel syndrome, and some kinds of headache. Current reasoning on this matter is that both synaesthesia and these immune disorders are underpinned by the same group of genes, but it’s not yet clear exactly how the two are related.

Given that synaesthesia is linked to these serious conditions, one obvious question is how it has managed to avoid being wiped out by natural selection. A possible answer is that it offers multiple cognitive advantages – and this is one reason that several groups of researchers have been attempting, over the past few years, to train synaesthesia-like associations in people who don’t have the condition.

Synaesthetes have much better memories than other people, though largely for things involved with their synaesthesia. To understand this, consider a situation in which you’re trying to remember someone’s name. Is she Betty or Veronica? Now imagine that, to you, B is blue and V is purple. You can remember that woman in question had a purple name, and therefore it’s more likely that she is called Veronica.

Synaesthetes also tend to be better at mental imagery than other people, again with the restriction that this appears to be related only to aspects of mental imagery involved in their synaesthesia. Mental imagery might not seem hugely useful, but we actually use it a lot in our everyday lives – to remember faces, to navigate, even to put together recalcitrant IKEA furniture.

Synaesthetes are more creative, in some ways, than other people. Creativity can be broadly categorised as either convergent (bringing together disparate ideas to make a new whole) or divergent (thinking up entirely new ways to use existing items). It’s the former of these that synaesthetes tend to excel at, and they also spend more time engaged in art and music than other people.

But there’s a lot we don’t know about synaesthetes. In our current study, we are extending the observations on creativity and personality to come up with a new hypothesis: that synaesthetes have different sleep and dreaming styles from the rest of the world.

Since synaesthetes are more creative than others, we anticipate that their dreams will be similar to the dreams of highly creative people. For example, people who have “thin boundaries” – that is, people who tend to see the world in myriad shades of grey, rather than concrete black and white – are more creative, and have very “dreamy”, bizarre, and emotional dreams. So we think synaesthetes will have similar types of dreams. Some people think synaesthetes probably have thin boundaries, too.

Likewise, since a potential function of rapid-eye-movement (REM) sleep is creativity, we think synaesthetes may have different REM sleep to others. They may have more of it, or just experience it in a different way.

We’re currently setting up some studies on this topic – a questionnaire-based study on boundaries and other personality traits, and later a study using sleep trackers that will allow us to assess the kind of sleep synaesthetes are getting.

Perhaps by accessing the semi-unconscious state of sleep and dreaming in synaesthetes we can get a more holistic picture of what it’s really like to live with this curious condition – and learn how to make the most of it.

Source: ‘Seeing’ music or ‘tasting’ numbers? Here’s what we can learn from people with synaesthesia