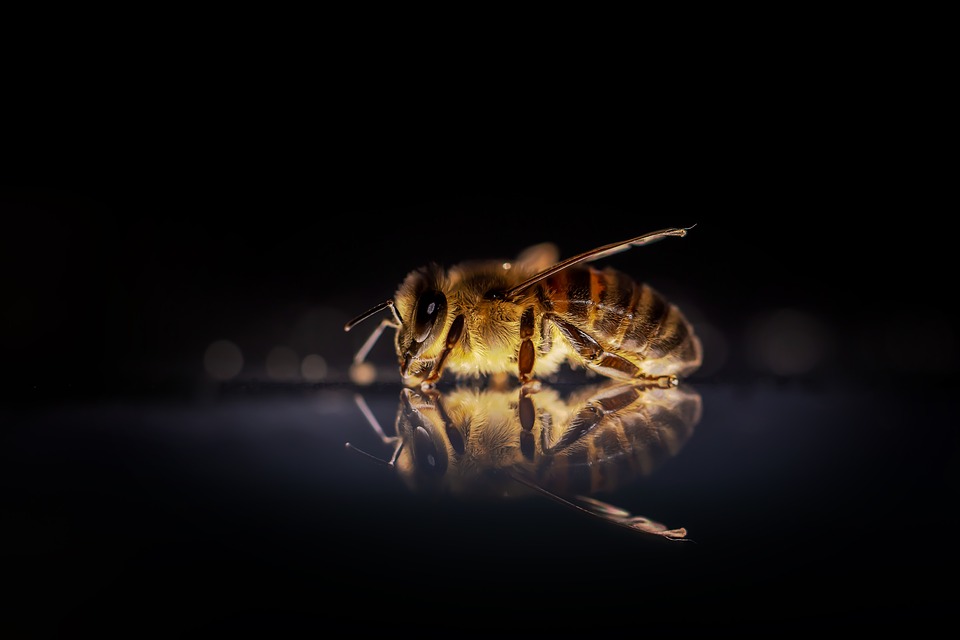 If you want a dog to hunt something down, it helps to let them sniff an item to pick up the scent. Now, researchers have found that scent training honeybees might work in a similar way — and that this approach could make bees more efficient in pollinating crops. The findings show that honeybees given food scented with sunflower odors led to a significant increase in sunflower crop production.

If you want a dog to hunt something down, it helps to let them sniff an item to pick up the scent. Now, researchers reporting in Current Biology on September 17 have found that scent training honeybees in the hive might work in a similar way — and that this approach could make bees more efficient in pollinating a desired crop. The findings show that honeybees given food scented with odors that mimicked sunflowers supported a significant increase in sunflower crop production.

“We show that it’s possible to condition honeybees to a rewarded odor inside the colony, and this experience modifies the bees’ odor-guided behaviors later,” says Walter Farina of Universidad de Buenos Aires, Argentina. “The most surprising and relevant result is that the foraging preferences for the target crop are so prolonged and intensive that it promoted significant increases in the crop yields.”

Farina’s team had previously shown that honeybees could establish stable and long-term memory related to food scents inside the nest. They also knew that those in-hive memories could influence the bees’ choices about which plants to visit later.

To raise bees with a memory that would support later foraging on sunflowers, the researchers first developed a simple synthetic odorant mixture that the bees associated with the natural floral scent of sunflowers. Next, they fed the hives with scented food. They found that those early experiences and memories of the scent of sunflower influenced the bees’ later foraging preferences, as inferred by decoding their waggle dances.

The bees’ training led them to visit sunflowers more. Those trained bees also brought more sunflower pollen back to the hive. This increased visitation and foraging on sunflowers also boosted the flowers’ production of seeds by 29 to 57 percent.

“Through this procedure, it is possible to bias honeybee foraging activity and increase yields significantly,” Farina says. “In other words, pollination services might be improved in pollinator-dependent crops by using simple mimic odors as part of a precision pollination strategy.”

The researchers say they are now studying other pollinator-dependent crops, including almonds, pears, and apples. Ultimately, their goal is to develop an array of new odor mimics to improve pollination efficiency and productivity of many important agricultural crops.

Materials provided by Cell Press. Note: Content may be edited for style and length.