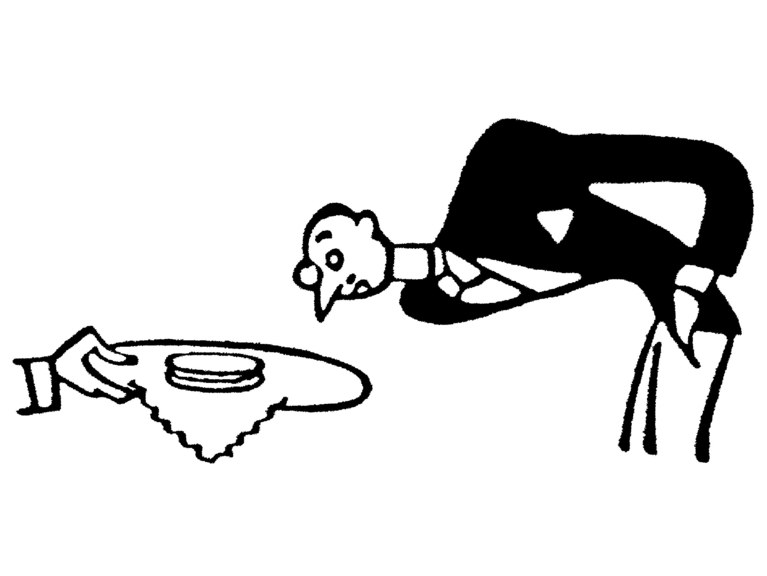 Scents and Sensibility | The New Yorker

Decades ago, Ron Winnegrad, a perfumer, developed a map to help his fragrance students learn how to identify smells. “I call these cities, and then these are the streets,” he explained, pointing to labelled lines on a flowchart in his office, at International Flavors & Fragrances, in midtown. Each choice leads to another, until the smeller dead-ends at a base note: amber, oakmoss, musk. “If you smell something woody, the first thing you should ask is ‘Do I see dirt?’ ” he said. If the answer is yes, look around for leather or peanut shells or moldy towels; if it’s no, look for pencil shavings or butter. “Scent is a skill you have to hone,” Winnegrad said. “Once you stop, that skill will atrophy.”

Winnegrad, who is eighty-one, lives in Montclair, New Jersey, and speaks with a Brooklyn accent. He became famous in the nineteen-seventies, after creating such hits as Love’s Baby Soft and Lagerfeld Classic. If he were to map the city by smell, he said, he’d go first to Central Park, in the upper Seventies (“the woods, the leaves, the grasses”), and then west, toward the Hudson (“an ozone note, depending on the wind”). He loves the aromas of food markets and of chestnut venders. He believes that scent is tied to intuition and memory. He has posted the same sign all over his classroom: “Don’t Think, Just Smell.”

Winnegrad usually trains perfumers or fragrance evaluators, but he had invited a group of students from the New York Academy of Art to take his workshop on synesthesia. “When I was first learning perfumery, a lot of people related it to music, and they’d talk about top note, middle note, back note,” he said. “I’m tone-deaf, so I started to talk color. And then it started to wake up the neurons in my brain.” He was wearing a purple paisley shirt, a wide floral necktie, and a rainbow-striped cardigan with Teddy-bear elbow patches.

He addressed the students (high-waisted jeans, baseball caps), who were seated around a long table. “ ‘Synesthesia’ comes from the Greek for ‘to perceive together,’ ” he said. “So you use one sense to describe another sense. Some people who have synesthesia will see each letter of the alphabet as a different color. And if you take those letters and form a word, then those colors will blend together and make another color.” He went on, “People are born with synesthesia, and when you’re about a year old you lose it. Only five per cent of people walk around as adults with synesthesia. But the neurons you have now are the same ones you were born with. You can wake them up, and that’s what we’re going to try to do today.”

“If you’re ovulating, is that considered cheating?” a woman asked.

“You have an edge,” Winnegrad said.

As a warmup, he passed around a jar of something brown and asked everyone to smell it. “This is forty years old,” he said. “It’s from a beaver. I just want you to smell it and to see the color.” The jar held castoreum, from the dried scent gland of a beaver, once prized as an aphrodisiac.

Winnegrad passed around blotters spritzed with musk from a Himalayan deer, which perfumers use to create a sweet, animal scent (“You should see a grayish dark color”). Then he pulled out a container of ambergris, the dried excretions of the sperm whale (“whale poop”). “What’s in here is worth several hundred dollars,” he said. “This should smell like the Jersey shore at low tide.”

He distributed more scented blotters. “I’m going to give you a couple of fragrances, and you’re going to call out the colors you see,” he said. “I promise, by the time you get to the fourth one you’re going to see all the colors.”

Everyone sniffed. “Lime green?” someone shouted.

“I see patterns,” a woman offered.

“Violet—we’ll see,” Winnegrad said, contemplatively. “That’s not a big one.”

Neurons were whirring: it was time to paint. Winnegrad set each student up with two vials of unlabelled perfume, a sheet of paper, and a pan of watercolors, with which they were supposed to depict the scents. “Don’t be influenced by your neighbor,” he said. “Just feel it, let your intuition work.”

The students sniffed the vials and then painted colorful abstract blobs and squiggles in silence.

After class, Winnegrad collected the vials. A student approached tentatively, and asked Winnegrad to evaluate her painting, a wash of blue, mauve, and orange stripes. He examined it closely. “A little bit of brown and you would’ve had it,” he said.