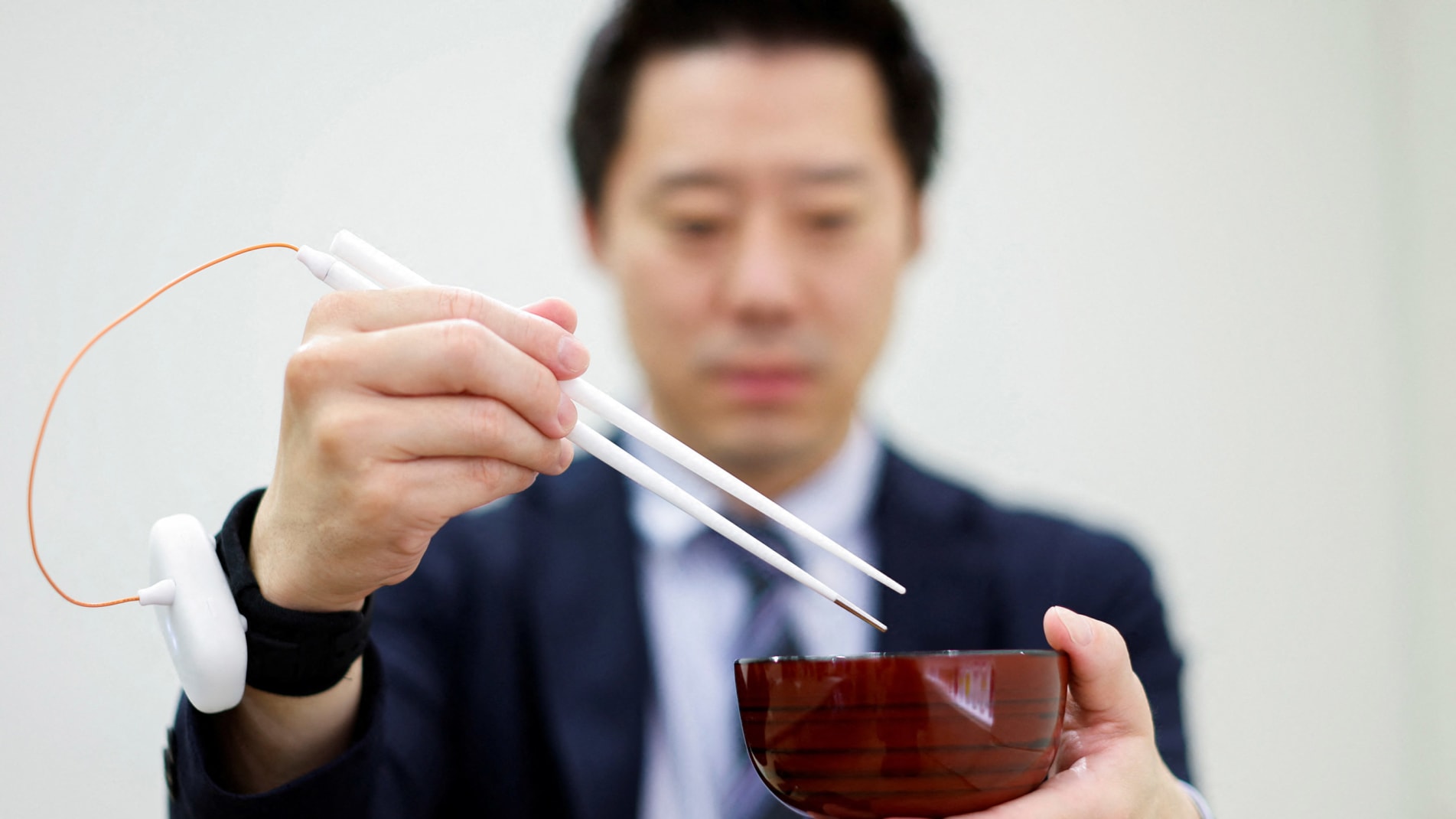 Japanese researchers have developed computerized chopsticks that enhance salty tastes, potentially helping those who need to reduce sodium in their diets.
Co-developed by Meiji University professor Homei Miyashita and beverage maker Kirin Holdings Co., the chopsticks enhance tastes using electrical stimulation and a mini-computer worn on a wristband.
The device uses a weak electrical current to transmit sodium ions from food, through the chopsticks, to the mouth where they create a sense of saltiness, said Miyashita.
“As a result, the salty taste enhances 1.5 times,” he said. 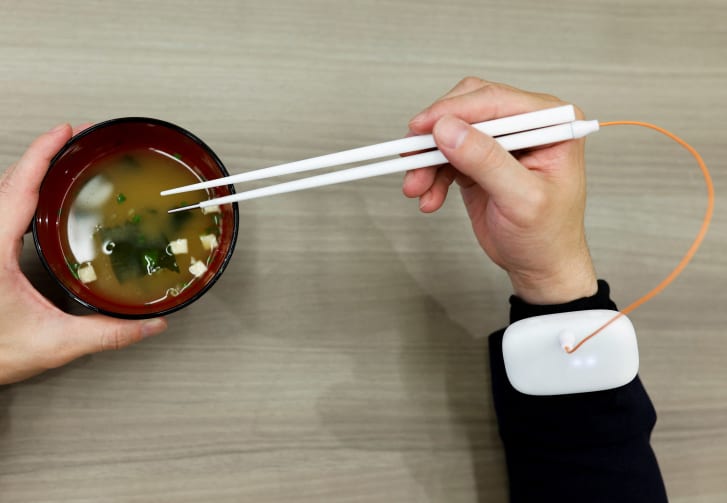 Researchers claim the chopsticks can help enhance the perception of how salty food tastes by 1.5 times. Credit: ISSEI KATO/REUTERS
Miyashita and his lab have explored various ways that technology can interact with and stimulate human sensory experiences. He’s also developed a lickable TV screen that can imitate various food flavors.
The taste-enhancing chopsticks may have particular relevance in Japan, where the traditional diet favors salty tastes. The average Japanese adult consumes about 10 grams of salt per day, double the amount recommended by the World Health Organization.
Excess sodium intake is related to increased incidence of high blood pressure, strokes and other ailments. 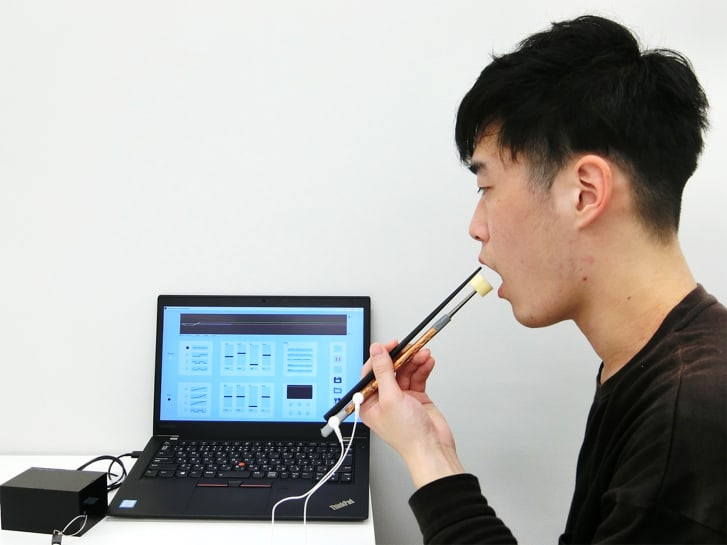