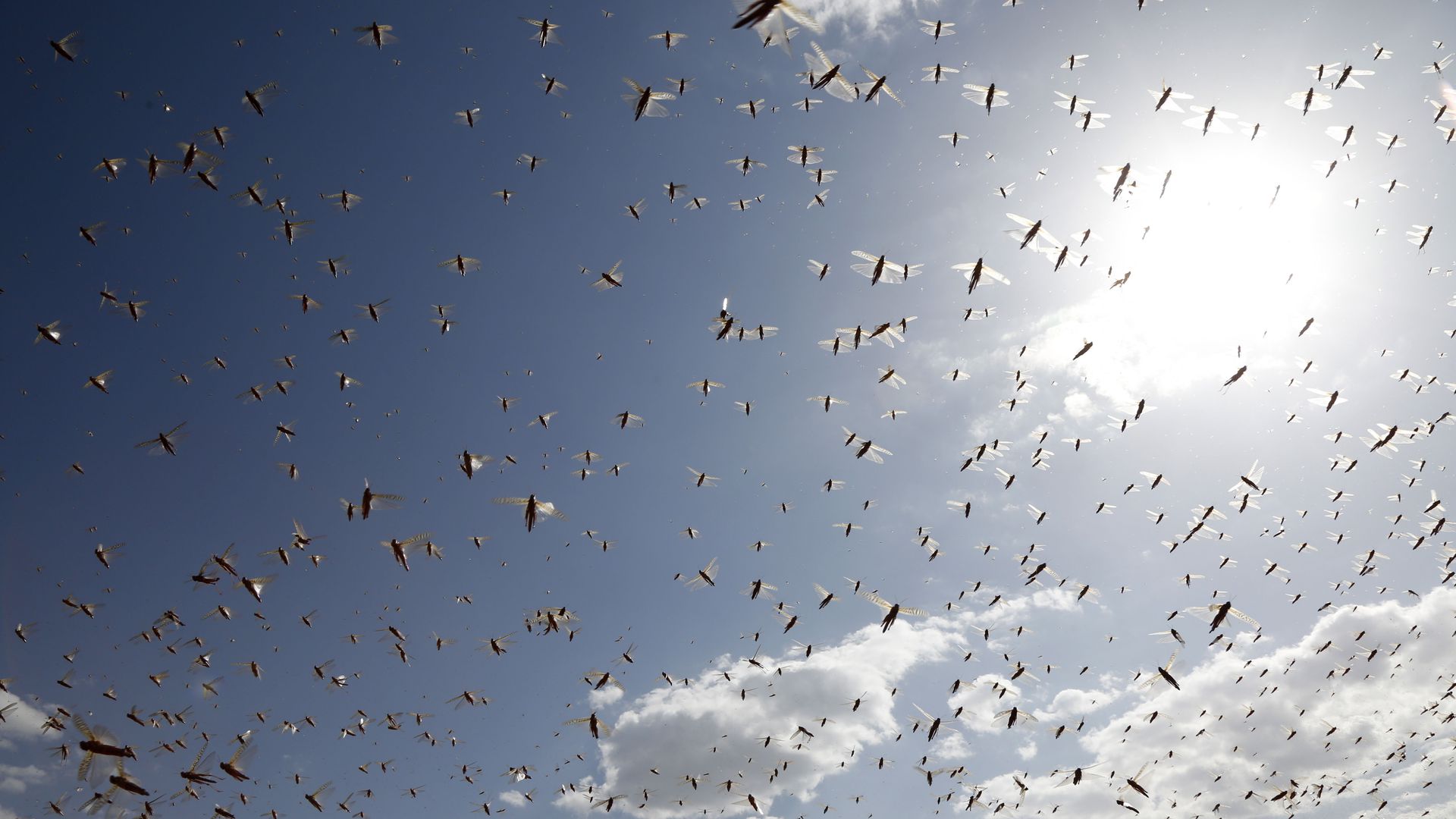 A scent produced by migratory locusts triggers them to swarm — a newly discovered detail that could help efforts to stop the pests.

Why it matters: Swarming locusts can destroy crops and vegetation for livestock, wreaking havoc in their path.

How it works: Locusts, which are species of grasshoppers, are typically solitary insects. But under certain conditions — for example, heavy rains followed by abundant vegetation — they can enter a gregarious phase and form large swarms.

What’s new: In a series of experiments, Le Kang and colleagues at the Chinese Academy of Sciences identified a pheromone that attracts and aggregates migrating locusts (Locusta migratoria), a different species than desert locusts.

“This is a very exciting finding which advances our knowledge in the chemical communication system of locusts,” Baldwyn Torto, a scientist who studies locusts at the International Centre of Insect Physiology and Ecology in Nairobi, Kenya, tells Axios via email.

Context: Kenya, Pakistan, Yemen, China, Argentina, Russia and other countries on the African, Asian and South American continents battled desert locusts and other species of the pests over the past few months.

What to watch: The authors of the study in the journal Nature suggest several ways the findings could help to create tools that specifically stop locusts.