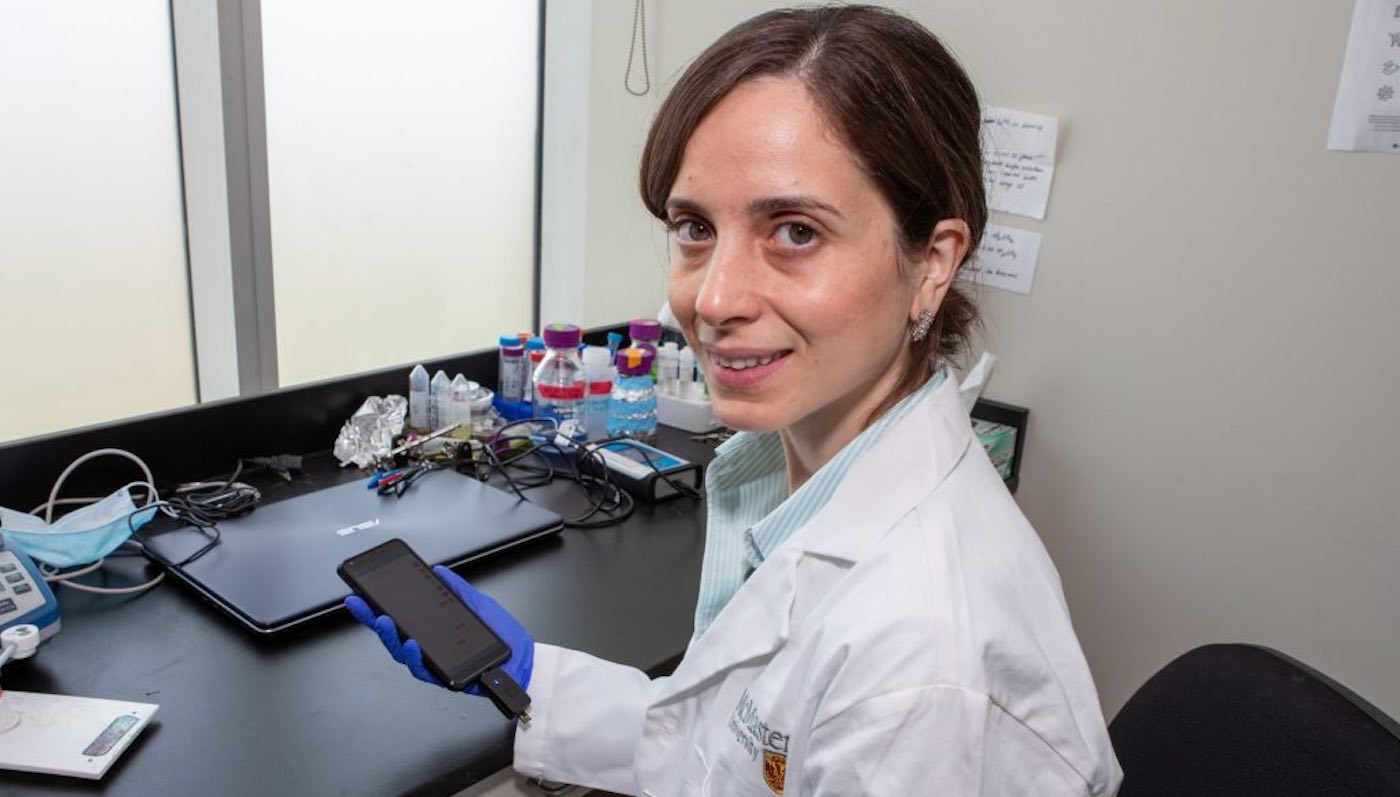 By msensory team15/06/2021No Comments
Biomedical engineer Leyla Soleymani – by Georgia Kirkos, McMaster University
Odor-based test that sniffs out vapors emanating from blood samples was able to distinguish between benign and pancreatic and ovarian cancer cells with up to 95 percent accuracy, according to a new study from researchers at the University of Pennsylvania and Penn’s Perelman School of Medicine.

The findings suggest that the Penn-developed tool — which uses artificial intelligence and machine learning to decipher the mixture of volatile organic compounds (VOCs) emitting off cells in blood plasma samples — could serve as a non-invasive approach to screen for harder-to-detect cancers, such as pancreatic and ovarian.

The results of the study were presented at the annual American Society of Clinical Oncology meeting on June.

“It’s an early study but the results are very promising,” Johnson said. “The data shows we can identify these tumors at both advanced and the earliest stages, which is exciting. If developed appropriately for the clinical setting, this could potentially be a test that’s done on a standard blood draw that may be part of your annual physical.”

The Penn research team is currently working with VOC Health to commercialize the device, along with others, for research and clinical applications.

The electronic olfaction — “e-nose” — system is equipped with nanosensors calibrated to detect the composition of VOCs, which all cells emanate. Previous studies from the researchers demonstrated that VOCs released from tissue and plasma from ovarian cancer patients are distinct from those released from samples of patients with benign tumors.

The technology’s pattern recognition approach is similar to the way people’s own sense of smell works, where a distinct mixture of compounds tells the brain what it’s smelling. The tool was trained and tested to identify the VOC patterns more associated with cancer cells and those associated with cells from healthy blood samples in 20 minutes or less.

The team’s collaboration with Richard Postrel, CEO and chief innovation officer of VOC Health, has also led to an improvement in detection speed by 20-fold.

To expedite the commercialization process, Postrel asserts that “initial prototypes of commercial devices able to detect cancer from liquids and vapors will be ready soon and be provided to these Penn researchers to further their work.”

In related news, researchers from McMaster and Brock universities in Canada are developing a device that lets patients monitor their own blood for the unique biomarkers of prostate cancer, pictured below, courtesy of Georgia Kirkos at McMaster.

In a related effort with VOC Health, Johnson, along with his co-investigator Benjamin Abella, MD, a professor of Emergency Medicine, were awarded a two-year, $2 million grant by the National Institutes of Health National Center for Advancing Translational Sciences for the development of a handheld device that can detect the signature “odor” of people with COVID-19, which is based off the cancer-detection technology applied in this study.

Source: Researchers Create AI Device to Sniff Out Cancer in Blood Samples With 95% Accuracy For Hard to Detect Types