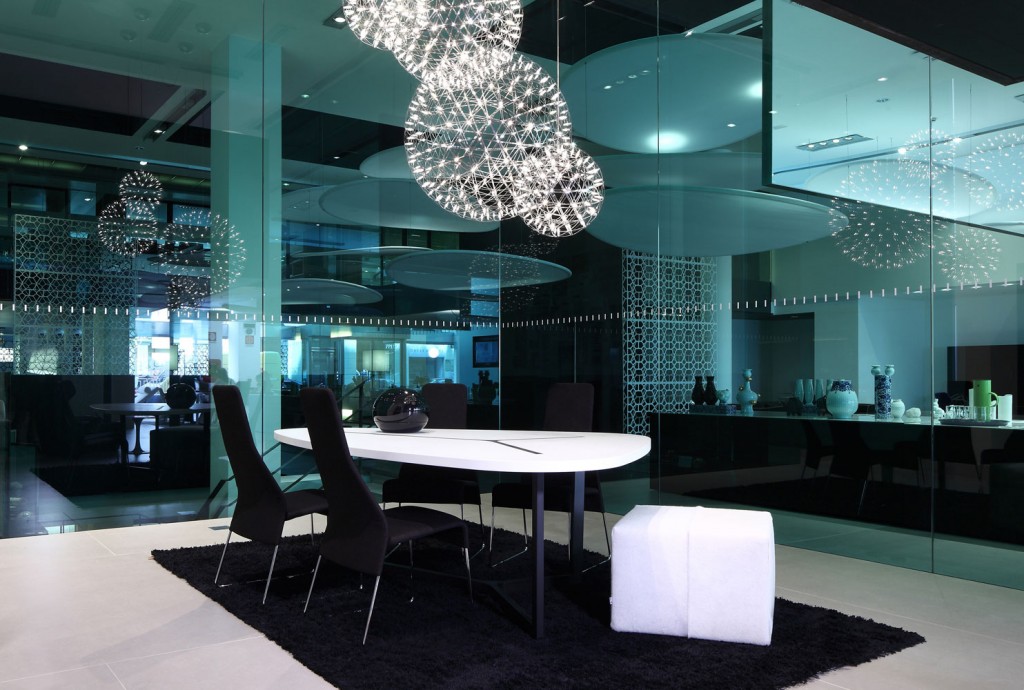 Another article reported that the number of store openings on Britain’s high streets has fallen to a seven-year low, driven by the growth of online shopping and a shift in consumer spending habits. Meanwhile the Centre for Retail Research believes that 2018 is on course to be the worst year for retail closures since 2008.

But while the high-street is supposedly ‘dying’ – a narrative we’ve long become used to – we’re also hearing positive stories of growth and tenacity in the retail world. John Lewis, for example, just announced a new store opening, which will create around 300 jobs, despite last year saying it would no longer be opening new sites. Card Factory is also bucking the trend after reaffirming a target of 50 new stores in the current financial year, not to mention opening 10 new stores in the past quarter.

Yet while this won’t be on the agenda for most retailers this year, there is still an opportunity to stand out and get creative. I’m a firm believer that you can create what is effectively a new store, simply by transforming existing sites and thinking outside the box.

As inspiration, over the last couple of years we’ve seen some amazing examples of experiential stores taking off, from footwear brand Dr Martens opening its flagship shop in Camden with a VR station, to John Lewis unveiling its new Oxford store with services and experiences, including eye tests, personal styling, and free tech training workshops.

Yet while full-blown experiential marketing may not be within all retailers’ budgets, there are still plenty of clever ways that brick-and-mortar retailers can adapt and differentiate themselves from online competitors.

The power of music

In-store music isn’t a new concept, but many retailers still treat it as nothing more than a playlist, rather than a way to reflect their brand personality. Mood Media’s own research shows that 67% of people believe that if a shop is playing music they like, it’s a brand they can relate and connect to, which shouldn’t be undermined. Choosing the right sound can truly move the dial on a retailer’s business in a way that is hard to replicate online.

We also know that 40% of millennials use Shazam in-store, meaning there’s a clear desire from customers to discover new music in-store, which retailers should be capitalising on. And with the live music scene exploding, retailers would do well to consider hosting live events with up and coming artists that resonate with their brand. For example, last year Selfridges hosted a series of musical collaborations as part of its campaign Music Matters, which provides a platform for new music artists. This is a great way of drawing in new customers who wouldn’t have otherwise shopped there, as well as offering existing ones a reason to re-engage.

Whether you want to generate real-time information on which products are available to purchase in store, sales and promotions, or deliver compelling product demos, it’s clear that next generation digital signage can truly improve the in-store experience. And with consumers placing a growing importance on the ambiance and visual appeal of retail spaces, retailers should think seriously about how digital signage can help transform their outlet into a more attractive, functional space.

The benefit of digital screens is that they are 100% customisable, meaning retailers can tell their brand story in a really personal and timely way. For example, we help Primark bring their visual content to life by highlighting items of clothing from its big and fast evolving collections through digital signage.

By developing visually striking installations such as the curved strip LED screen at the Oxford Street West store, and installing four internal LED walls within their Oxford Street East store, we were able to create a visually unforgettable customer experience. This sort of design automatically draws shoppers into the environment in a really distinctive way, putting new life into the high street in a way that keeps them coming back for more.

Although sometimes undervalued, scent marketing can enhance the in-store experience in a really unique way, creating a memorable impression. In fact, we’re starting to see more businesses employ custom fragrances to promote their unique brand image. And for good reason. Humans are able to distinguish one trillion different scent combinations and scent is the most memorable cue.

Research surrounding scent marketing is also overwhelmingly positive. According to a study by Nike, in-store scent can increase intent to purchase by 80%. Meanwhile, a study to uncover the power of scent in retail experiences from Ambius Premium Scenting, revealed that scent significantly increases consumer involvement in experiences by 38%.

What’s particularly exciting about scent is that it is more linked to memory and emotion than any of the other senses and can strongly influence a customer’s attitude and perception towards a brand. As well as creating an atmosphere of quality and desirability, scent also increases the amount of time spent in-store, helping customers relax, and reducing perceived wait time.

In essence, improving a retailer’s atmosphere through a combination of music, digital signage and scent makes 77% of shoppers choose the in-store environment over an online shop, which is particularly pertinent among young shoppers aged 18-34 (85%). To keep the high-street alive and kicking, it’s clear that more needs to be done to elevate the customer experience taking it to new, holistic levels.