The main inspiration for this project was Vicente Fox’s angry statement recorded shortly after a Donald Trump Republican primary speech. In this speech, Trump states he “will build a great wall” between Mexico & the U.S.

The former Mexican President’s response to Trump’s statement consisted of him saying “we are not going to pay for that f#$king wall”. Like most of the 2016 U.S. Presidential election process, it was entertaining, disturbing & sad.

Once the sound clip was recorded, it was only natural to try to recreate all this in the form of visuals. The initial artwork consisted of an extremely layered collage depicting the proposed border wall separating Vicente Fox & Donald Trump. There are over 250 layers that tell the story of Trump’s views on Mexico. A set of four US postage stamps commemorating this event was also created. 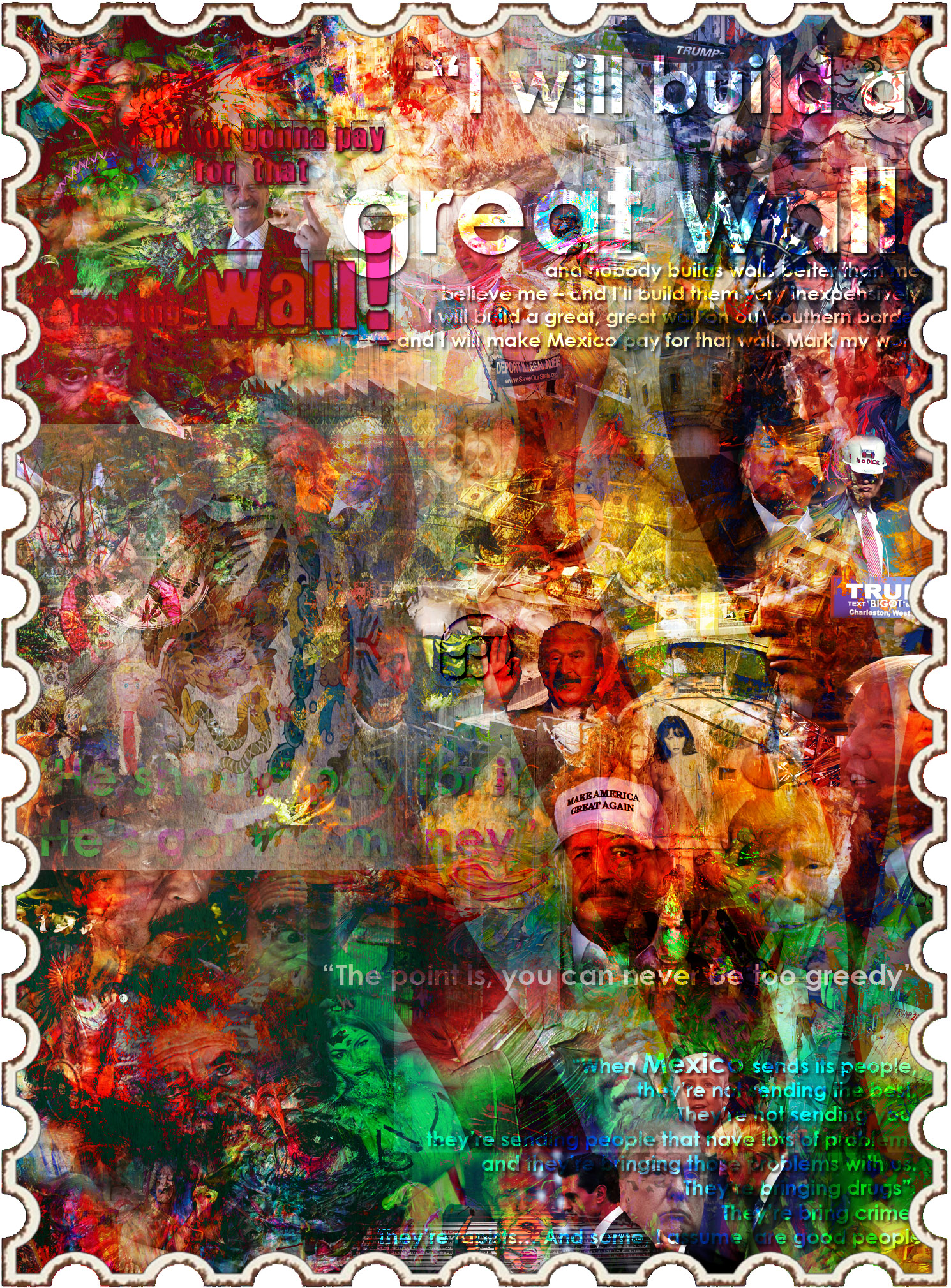 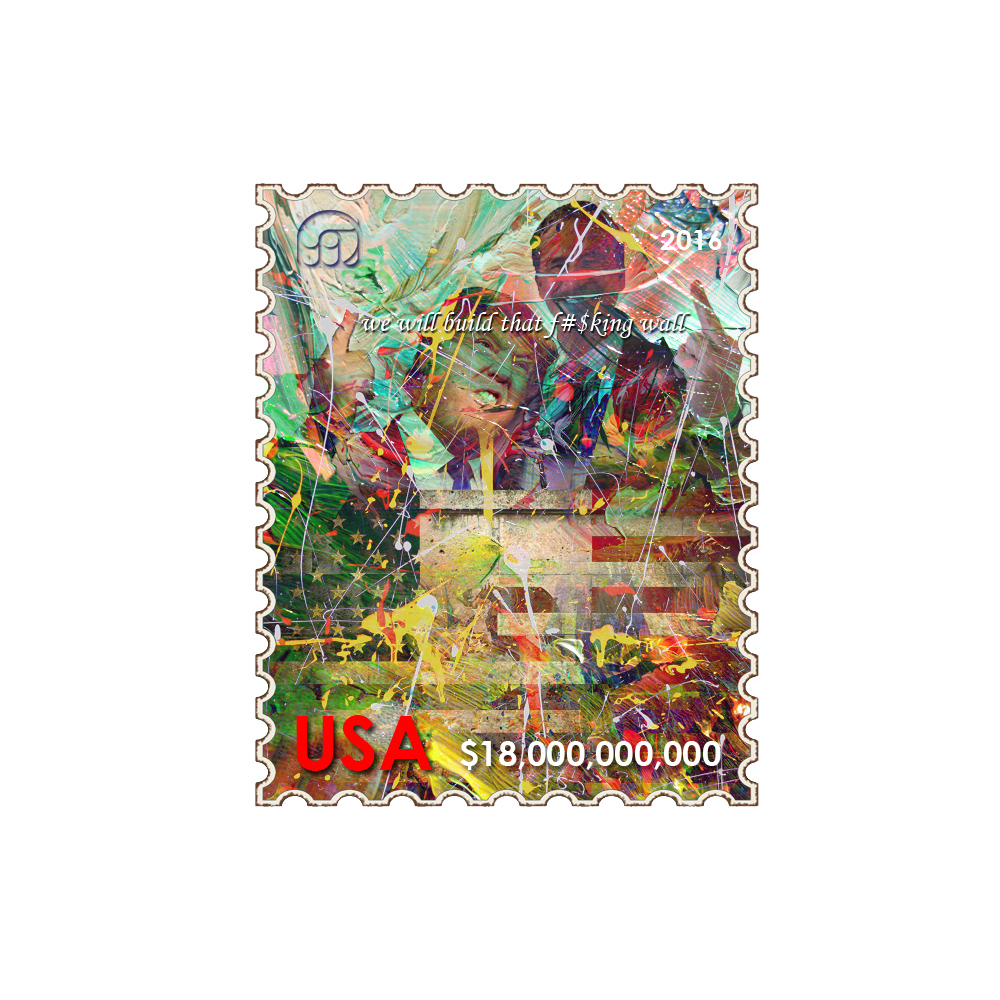 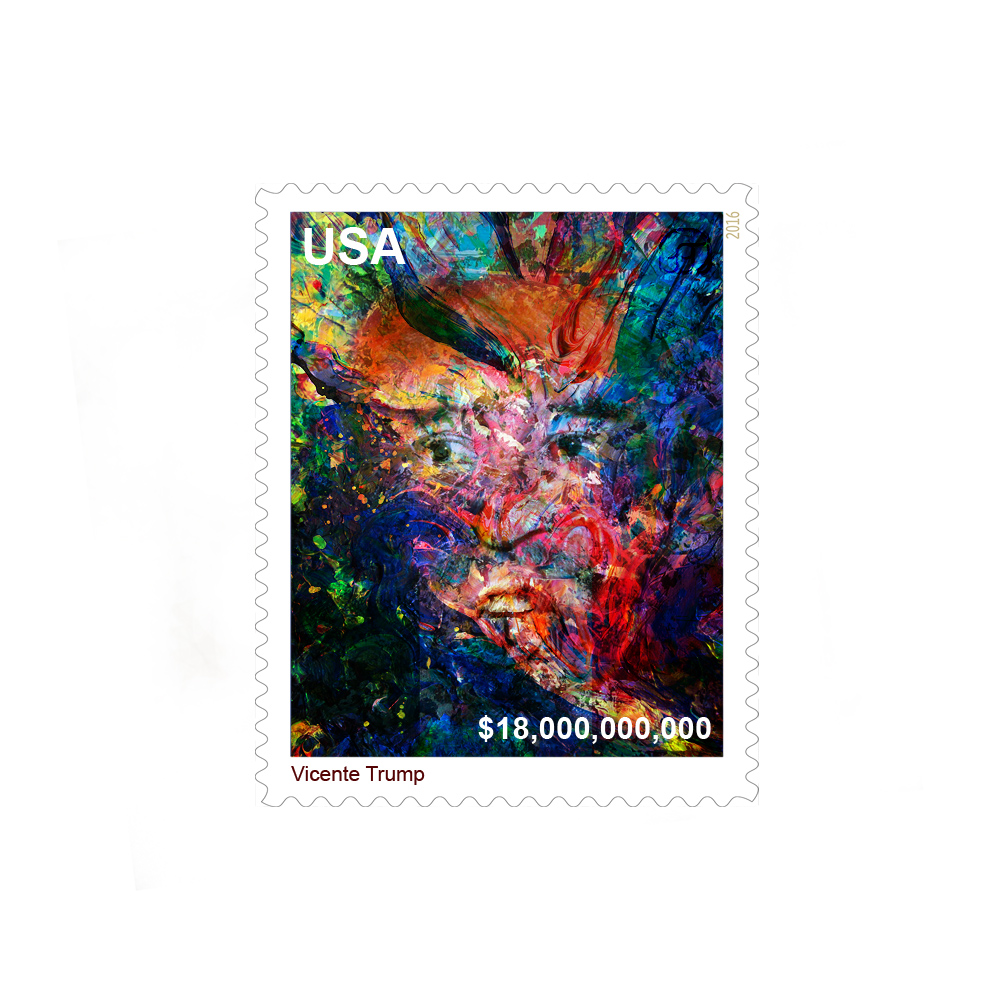 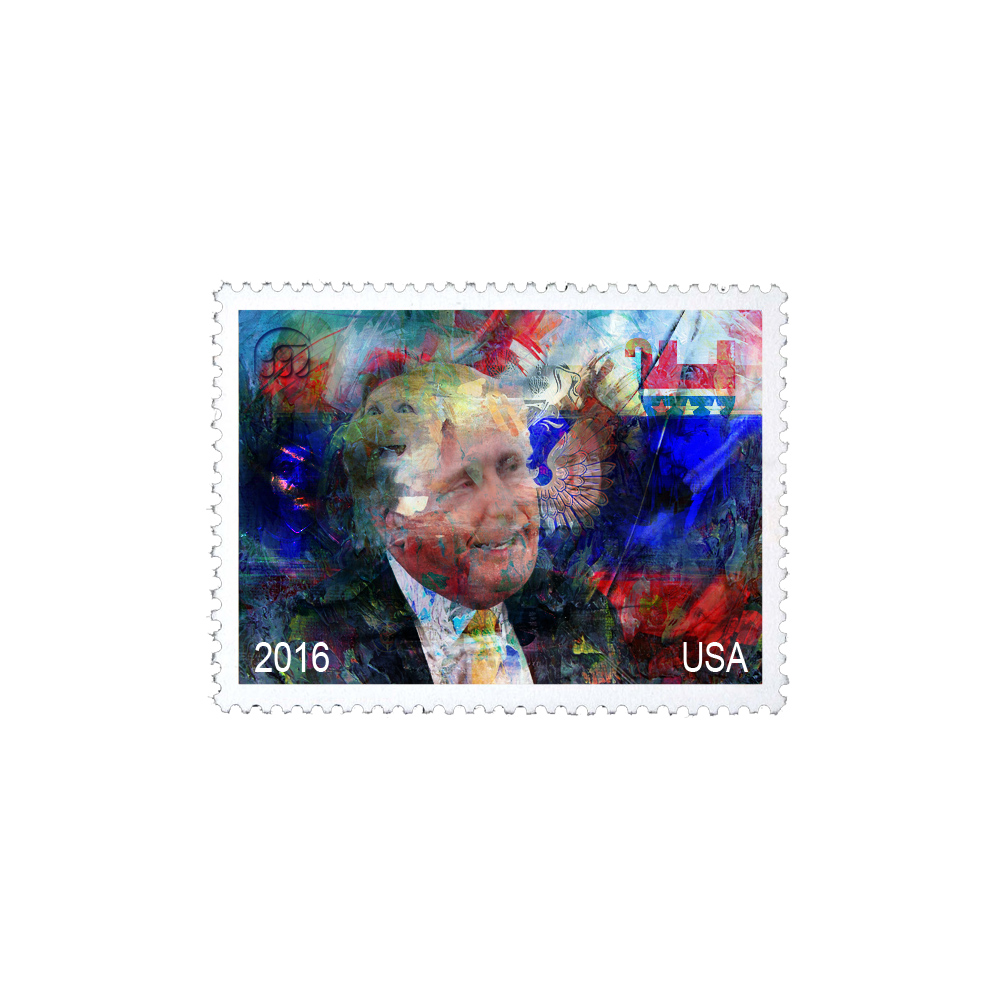 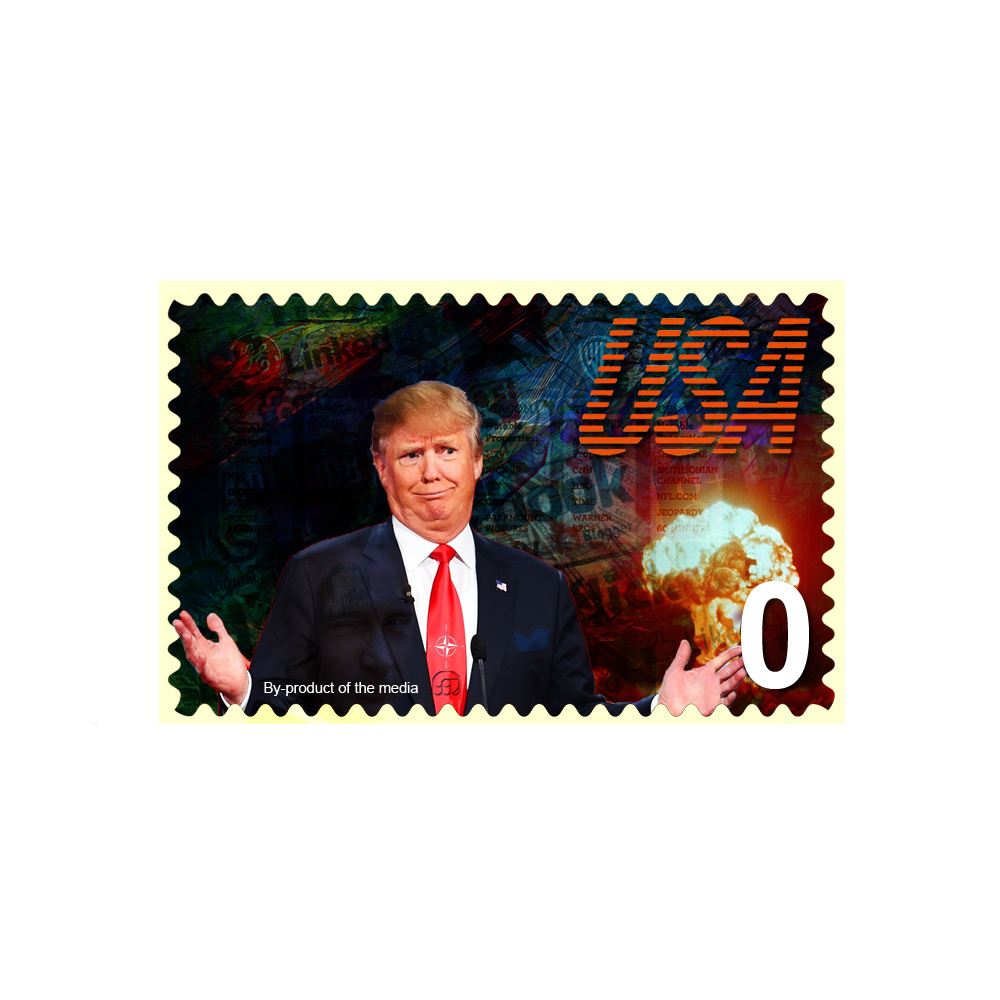 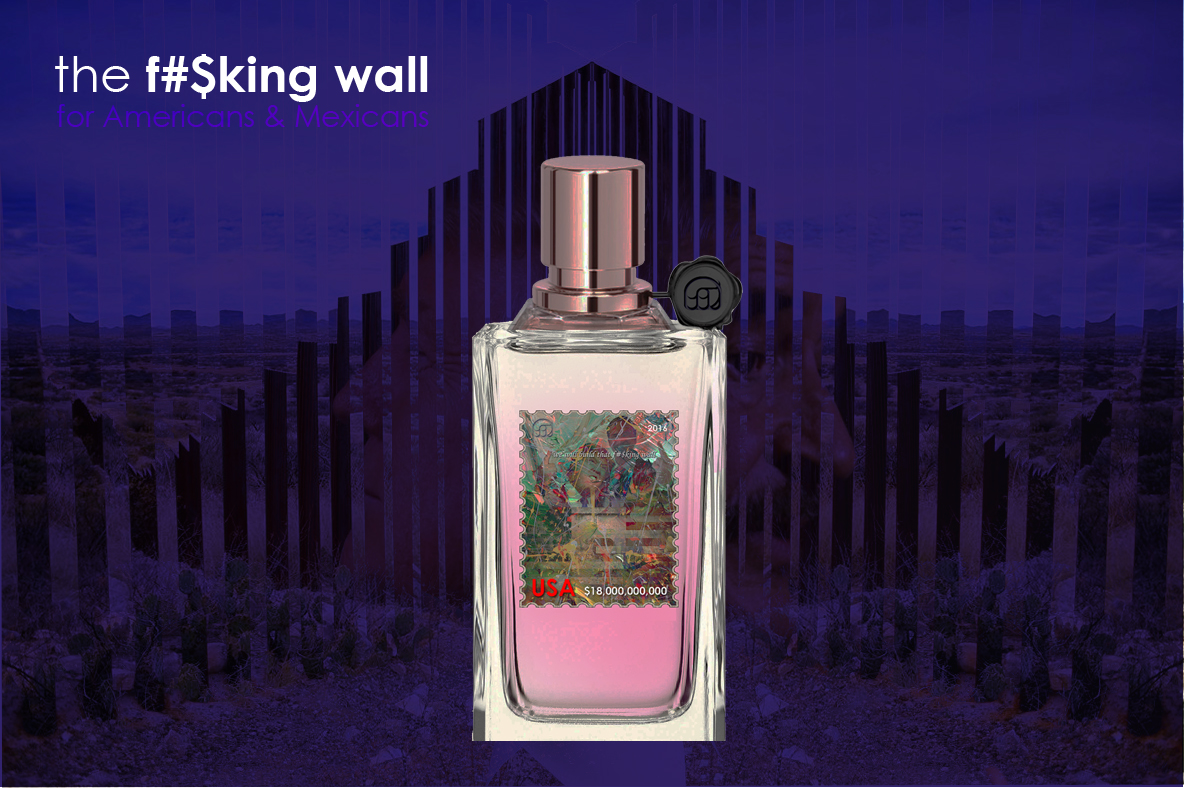