Current events & historical moments linked to the Syrian refugee crisis served as the main inspiration for this project. Fine-cuisine chancellR was a name that was created after a quick 30min jamming session. Chancellor Merkel had accepted more than 1 million Syrian refugees into Germany & no one quite knew what was going to happen. This cemented the general theme & it transformed into a historical look back of Germany’s current refugee problems (visual 01). The sound & visual 01 was created in early 2016 & as the crisis evolved, so did this project.

Since then, two visuals were created as sharp criticisms of the Bashar al-Assad-Putin alliance (visual 02) as well as an representation of the Europe’s current issues (visual 03). 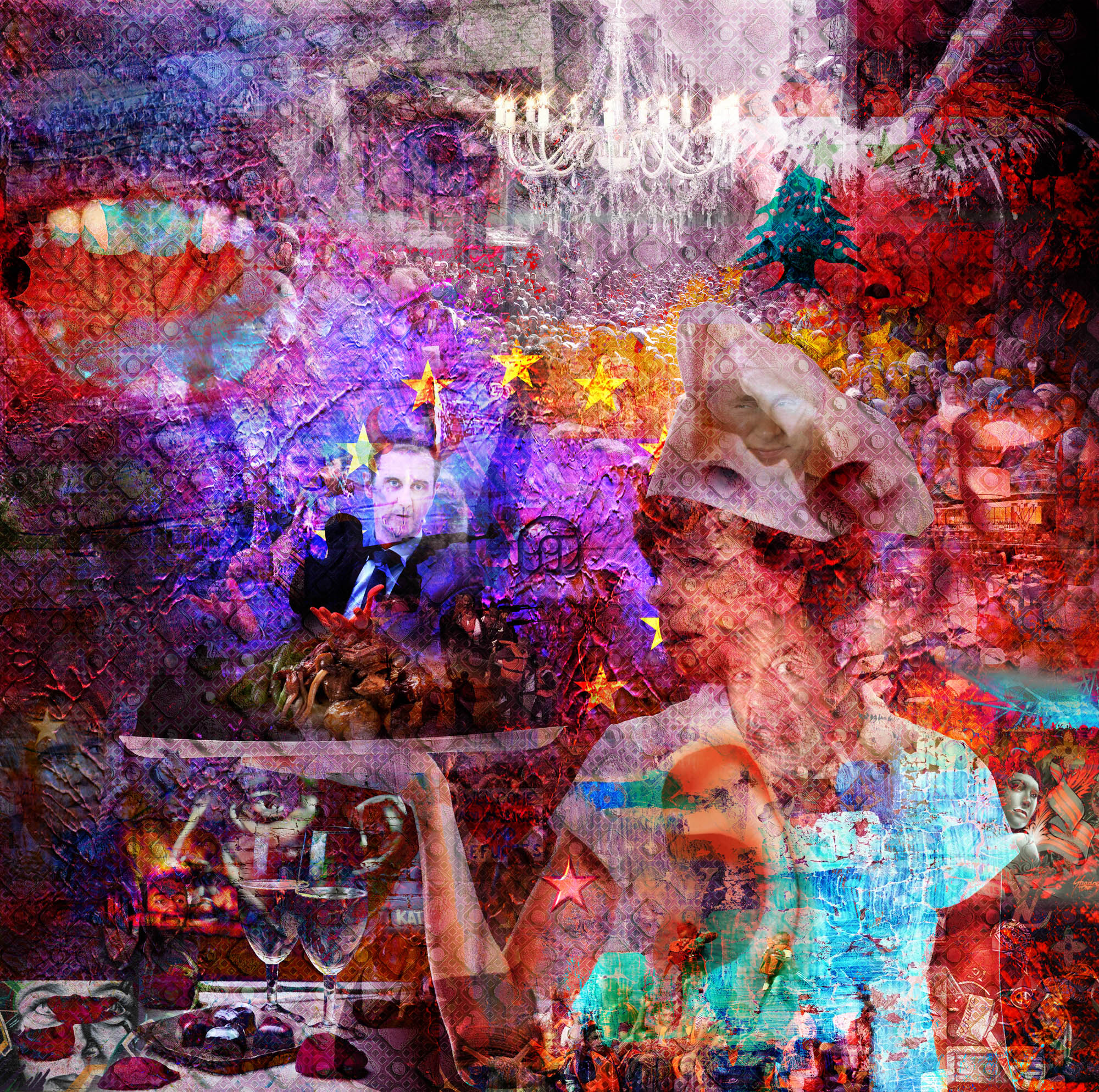 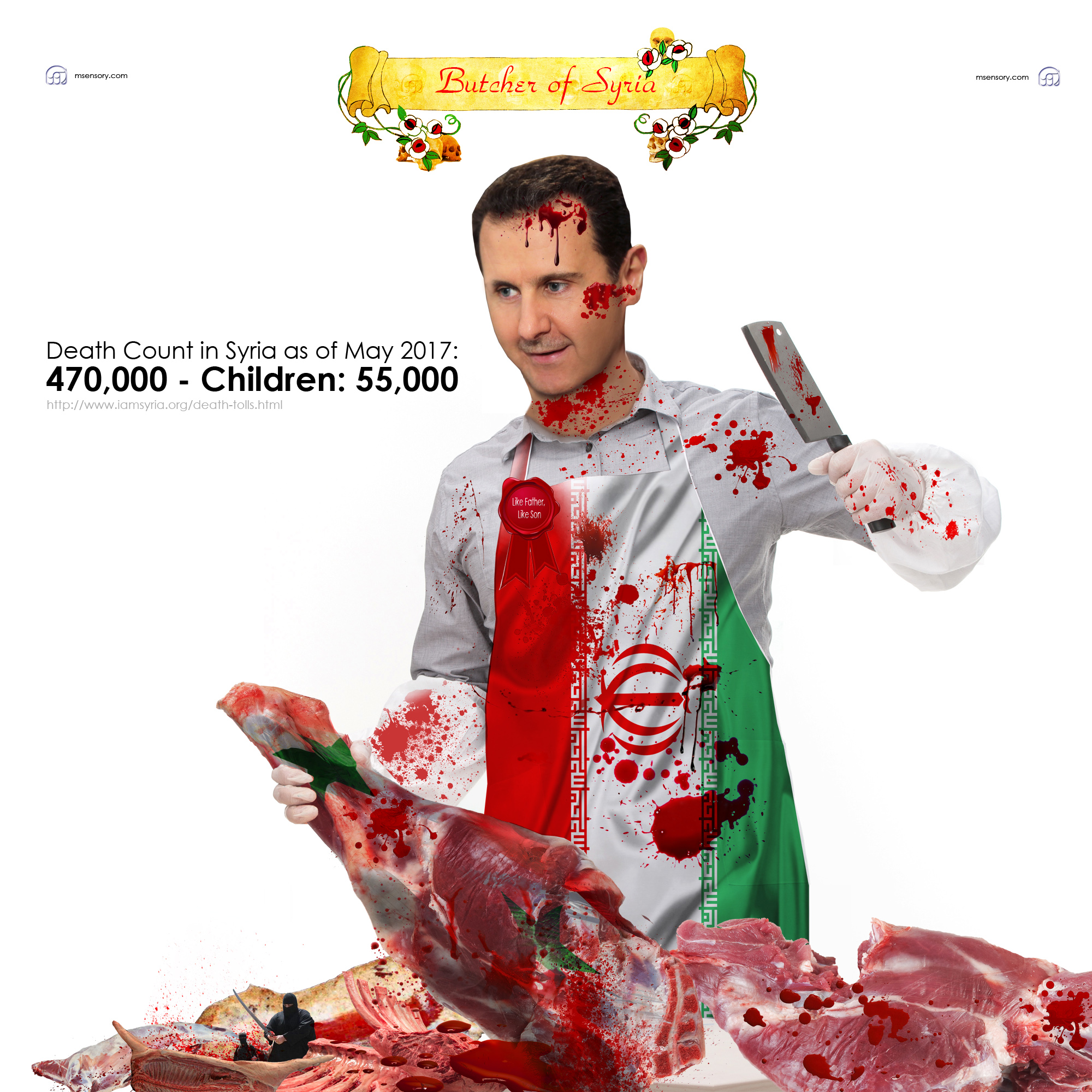 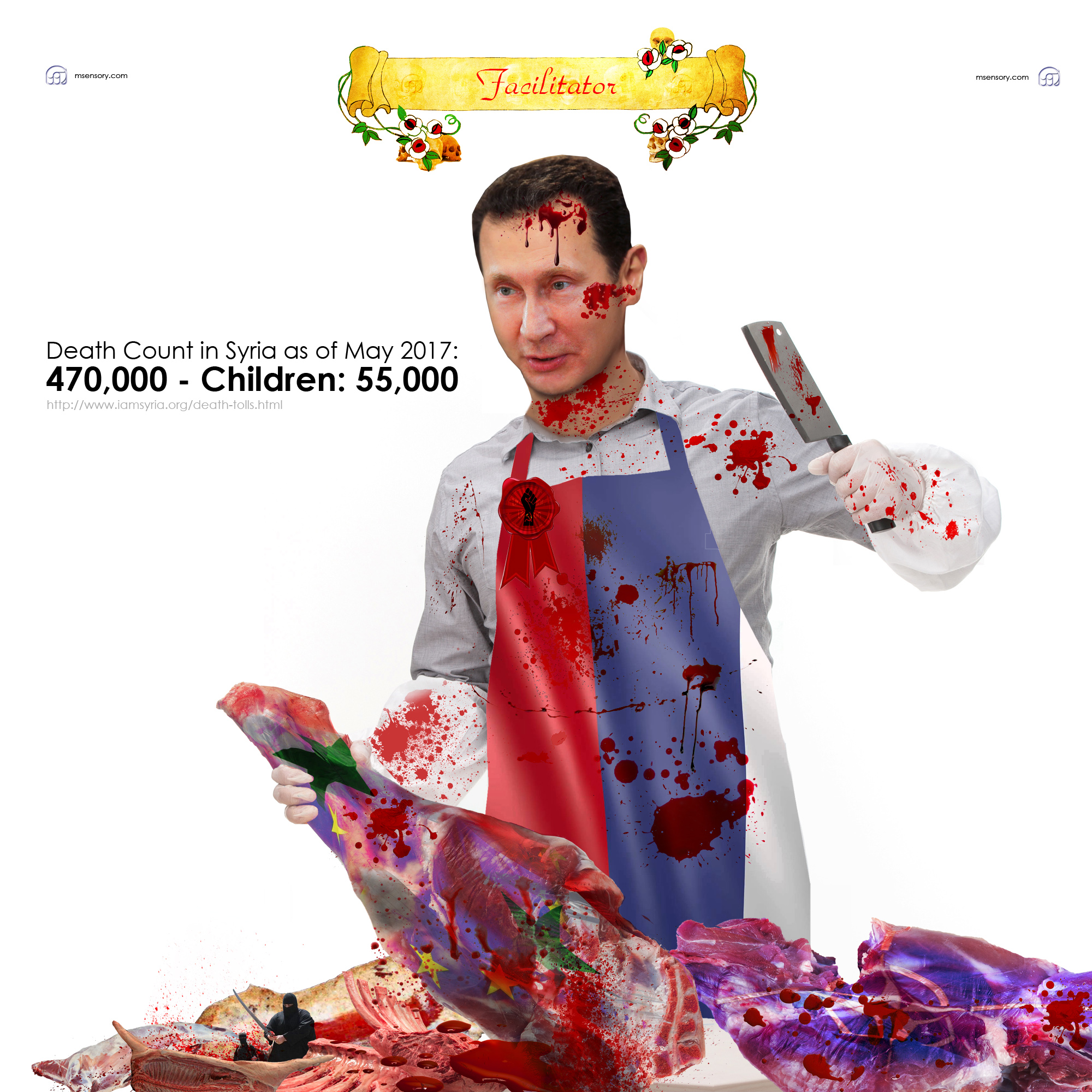 The accompanying scentscape is meant to enhance/compliment the musical experience as well as the collage. It has an initial subtle green character, built on a foundation of cinnamon. It evolves into a odour bouquet reminscent of red wine that could be used to make a “boeuf bourguignon”, avec des onions… 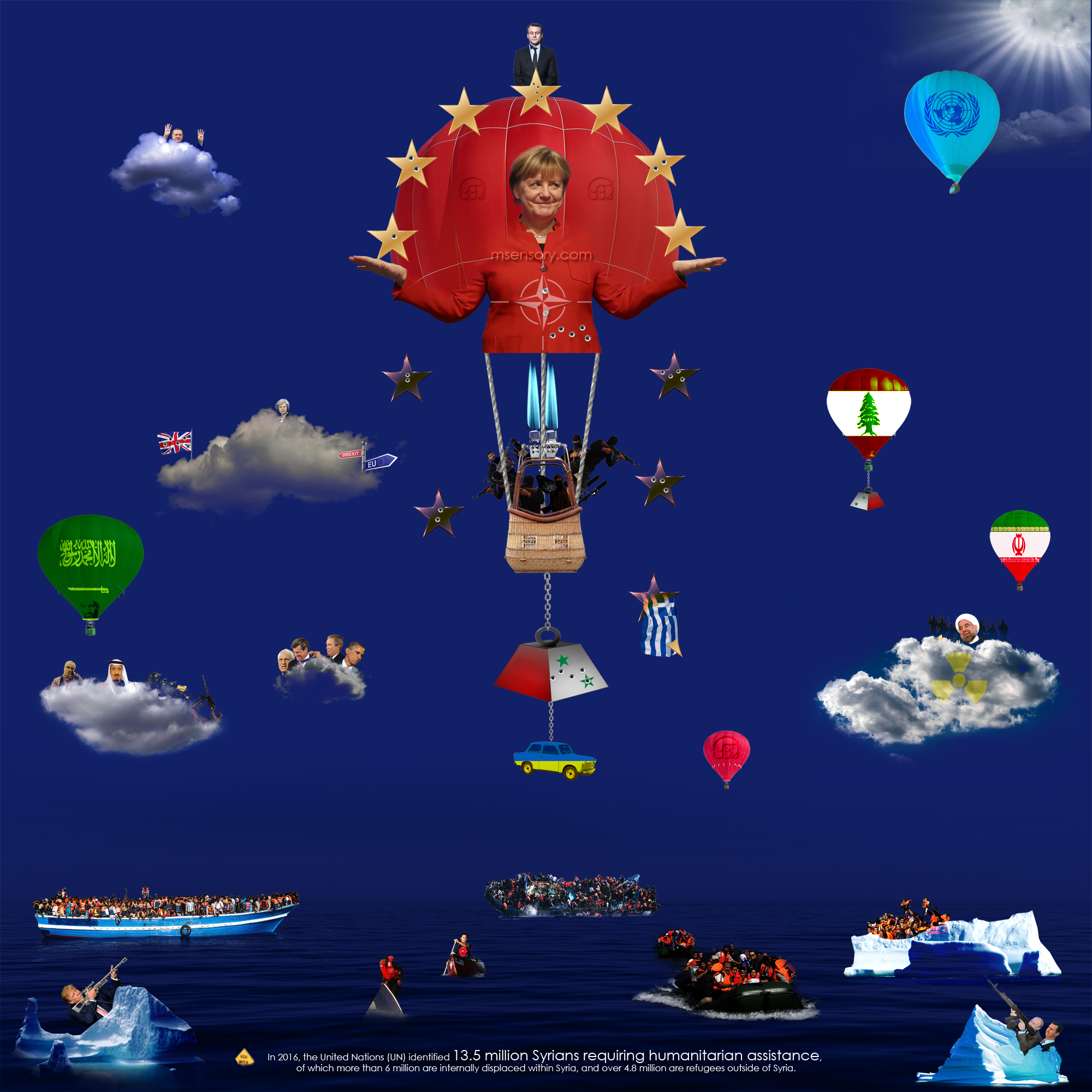