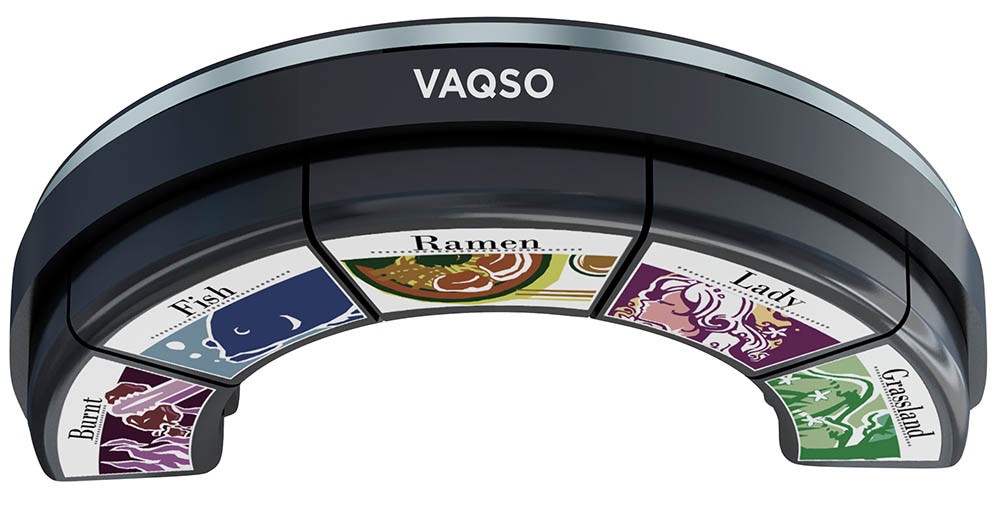 Pimax 8K headset will use Vaqso VR to emulate smells

Virtual reality devices have succeeded in replicating sights, sounds, and occasionally even the sense of touch — next on the list is the sense of smell. Chinese VR headset developer Pimax today announced a partnership with Japan’s Vaqso to bring a scent emitter module to the upcoming Pimax 8K headset, enabling users to experience multiple smells during VR experiences.

As has been shown off since last year, Vaqso’s scent module mounts multiple plastic cartridges under your eyes and just above your nostrils, using a fan to waft scented oils as they’re triggered by the game you’re playing. A two-hour rechargeable battery powers the unit and can be recharged using micro-USB.

The current generation shows five modules: “fish,” “ramen,” “burnt,” “lady,” and “grassland.” However, modules are interchangeable based on a specific game’s needs, and apparently each provides a month’s worth of scent if used for two hours per day.

Notably, the Vaqso concept is much like wall-powered air fresheners that have become popular over the last decade or so, using scented oils to emit pleasant smells. It’s unclear how well the concept will work when the oils are placed so close to skin, as well as what prices users would be expected to pay for the accessory and modules, though Vaqso says they’ll be affordable for even college students. 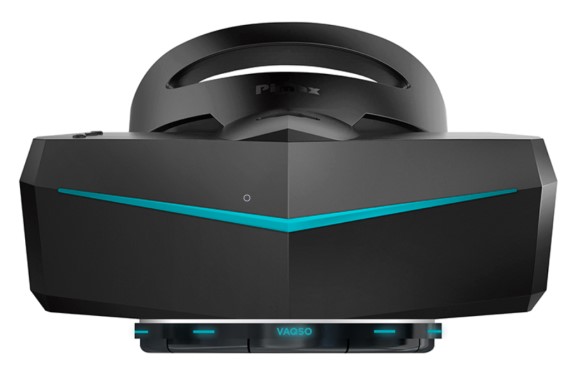 On the software side, Pimax will integrate Vaqso VR into the Pimax software development kit for users. Vaqso currently has scent-related development resources on its own website.

Pimax 8K promises to offer an ultra-wide, super-high-resolution display in a PC-tethered headset, but the company has had a rocky pre-release history, facing multiple delays and development issues despite a successful $4.2-million Kickstarter campaign. Originally promised for release in January 2018, the unit is still in early private beta testing stages.

Multiple optional modules, such as a fragrance accessory, were teased last year without details, so the Pimax-Vaqso partnership is bringing much-needed specifics ahead of the headset’s commercial release. Both Pimax 8K and the Vaqso VR scent module are expected to be released this year.