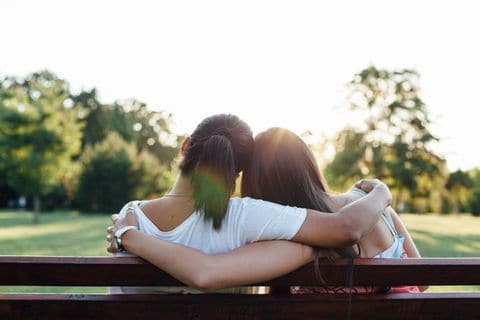 Perspective | On my transitioning teenager: How do you record a scent?

What I worry about the most is knowing that once we start, the way she smells will change. Every time I drop her off at school, I bury my face in her neck and inhale, aware that the days of her smelling like the child I know are numbered.

I’ve always had this thing with people’s natural scent. Maybe it started when I was a little kid, and my maternal grandmother told me a story about the afterlife. She said that after I die, many people who look exactly like my mother will come to me, but I will recognize my real mother by her scent. I’m not sure why she thought it was appropriate to tell me that, as I was probably 6 or 7. But from then on, every time I hugged my mother, my face against her waist or chest, I would take a deep breath with my eyes closed, committing her scent to memory, so that I wouldn’t accidentally pick the wrong mother.

Now as a mother of three, I can close my eyes and imagine how each of my kids smells, and how their skin feels on my fingertips or against my lips. I could be blindfolded and touch and smell each of them and know which is which. Will that change, too? The feel of her skin.

I know there are many greater changes that I should worry about than this. Starting hormone blockers to suppress her body’s natural testosterone and putting her on estrogen to begin making her outside match her inside will come with an entirely different set of side effects and serious concerns, such as affecting her ability to have biological children in the future. But all I can think about is her smell.

I don’t care what her outside looks like. I will always be able to stare into her eyes and see her, just as she has always been. Her former face and body are recorded in pictures over the years; pictures that I’ll eventually have to take down, as she has asked me to, and replace with new ones. The hormones won’t affect her beautiful bass baritone singing voice; she’ll have to actively work on changing that, but I’ll have the videos of her talking and laughing and singing to periodically listen to.

How do you record a smell? Keep it locked up for all of eternity in a safe place that you can access the way you can put away the old pictures for when you need to see them again. And no matter how many times I inhale her and commit her scent to memory before she starts the treatments, how long will it be before that memory fades?

What if the change is so gradual, like the effects of the estrogen that I’ve been told will take months to manifest, that I don’t even realize it’s happening until it’s too late? I don’t know. I just know that for now, every time I hold her, I close my eyes. I trade one sense away to make another sense stronger, and I inhale.

Source: Perspective | On my transitioning teenager: How do you record a scent?

Memory is the ‘filling cabinet’ of the brain wherein is stored all thought impulses, all conscious experiences, and all sensations which reach the brain through the five physical senses.