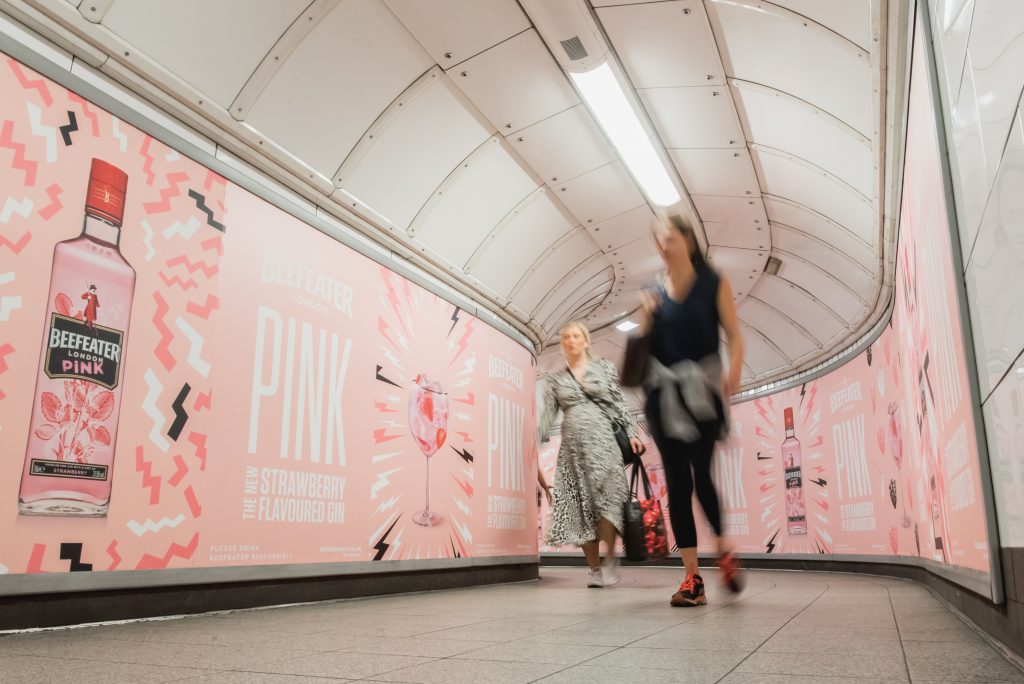 The London tube network is unparalleled in its efficiency, but between the lights, noise, smell and general grime, it’s not the nicest place to spend your commute.

But Oxford Circus, one of the city’s busiest stops, has had a change of air after drinks giant Pernod Ricard installed strawberry-scented posters throughout the station to mark the launch of Beefeater Pink gin.

The drinks firm mounted scented posters across four of the station’s exit corridors, and has also added a branding to its escalators.

The two-week campaign feeds in to a wider global brand campaign created by independent agency Impero.

Pernod Ricard launched Beefeater Pink, which is infused with strawberries, back in February 2018 in a bid to target the millennial market.

it is the first innovation to be launched by The Gin Hub, a new, stand-alone entity that brings together three of Pernod Ricard’s gin brands: Beefeater, Plymouth, Seagram’s and Monkey 47, under one roof.

“Distilled in London, Beefeater Pink represents the spirit of the city where convention and modernity coexist,” Eric Sampers, brand director for Beefeater, said at the time of the launch.

“The gin industry is booming and there is a real appetite for new and innovative expressions that offer consumers a different drinking experience.

“In Spain, the pink gin trend accounts for 40% of all value growth within the total gin category, so there is huge potential to tap into,” said Sophie Gallois, managing director of The Gin Hub.

The campaign has already made an impact on social media.

Source: This is why Oxford Circus tube station smells like strawberries