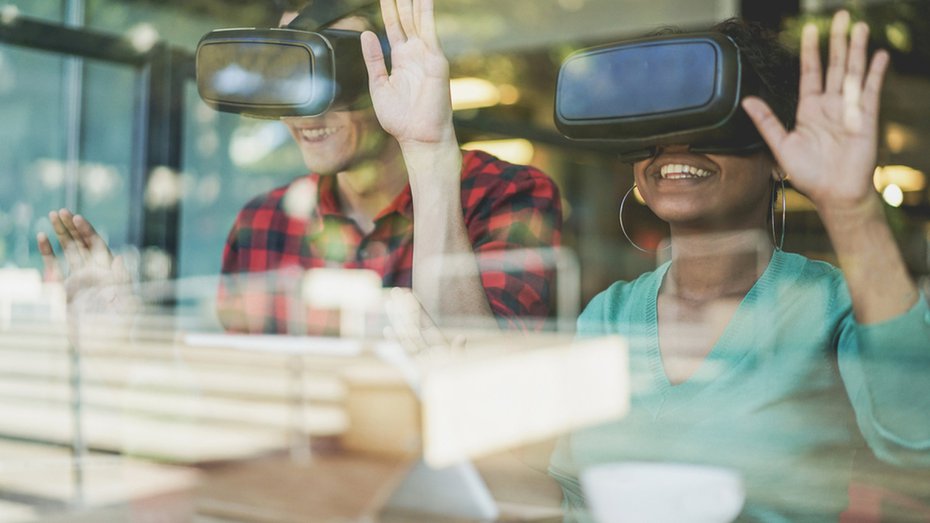 By msensory team17/10/2019August 13th, 2020No Comments
The concept of sensory experiences has been around for a while, such as eating a meal blindfolded. The idea is to heighten one’s sensations during a meal. Now, the next level of eating is powered by virtual reality goggles. The James Beard Foundation’s West Village townhouse will soon be the first place for ‘Aerobanquets RMX’, a virtual reality dining experience that will feature seven bite-sized courses blending food, art and blind eating into a $125-per-person experience. Top Chef’s Gail Simmons will narrate the experience. The ‘event’ is open to the public from October 30.

A Journal of Food Science study in 2018 found that VR environments affect taste. For example, a VR barn makes cheese taste more pungent and a VR park bench makes it taste more herbal. The three people behind the concept come from different walks of life. Chintan Pandya, the acclaimed chef at Adda Indian Canteen in Long Island City, New York, and Roni Mazumdar, its savvy owner, teamed up with Mattia Casalegno, a visual artist from Naples, Italy, who teaches digital arts at Pratt Institute. Pandya and Mazumdar have risen up in New York City’s dining scene in the last year with their hit restaurants, Rahi and Adda. The latter, especially has topped ‘best new restaurant’ lists from Food & Wine and Bon Appétit. “This is an extension of what Ferran Adrià was doing at El Bulli, playing with memory, perception, and taste,” Davis said to Bloomberg. “It’s digital gastronomy.”

While blindfolds are just pieces of cloth that can be easily put on and removed, a VR experience involves expensive equipment, maintenance and hours of training for staff.