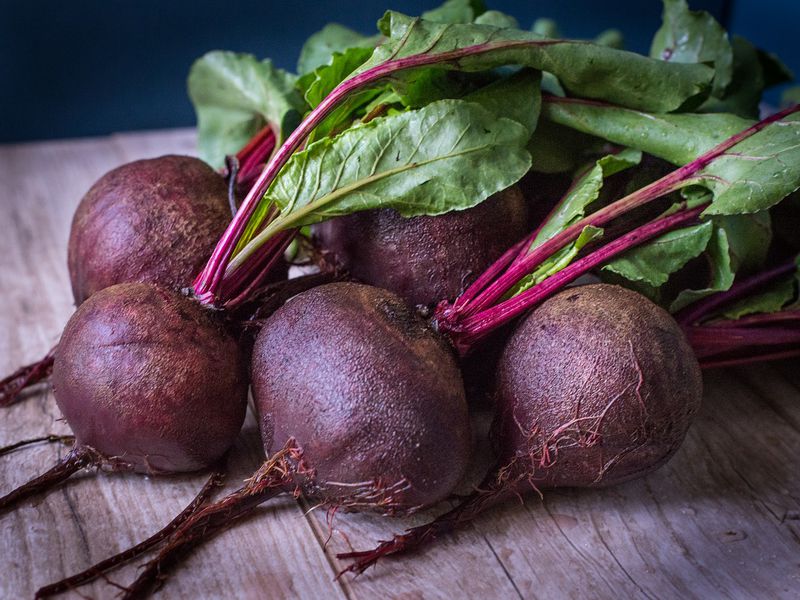 To some, beets’ soil-like smell is so strong that eating the vegetable holds the same appeal as dining on a chunk of dirt. (Pixabay)

To some, beets’ soil-like smell is so strong that eating the vegetable holds the same appeal as dining on a chunk of dirt. (Pixabay)

If beauty is in the eye of the beholder, then scent, as revealed by a new study published in the Proceedings of the National Academy of Sciences, is in not only a smeller’s nose, but their DNA.

As Heather Murphy reports for The New York Times, researchers from the Monell Chemical Senses Center have discovered that slight differences in humans’ genetic code have an outsized impact on how individuals perceive the intensity and pleasantness of certain scents.

Someone particularly attuned to the compound 2-ethylfenchol, for example, might find the soil-like smell of beets so overwhelming that eating the vegetable holds the same appeal as feasting on a chunk of dirt. But to a less sensitive individual, the same beets would smell no more offensive than a bottle of water.

Overall, Murphy notes, the scientists found that variations in perceptions of beet’s earthiness, the lily of the valley’s sweetness, whiskey’s smokiness and dozens of other scents can all be traced back to a single genetic mutation.

According to UPI’s Brooks Hays, human noses contain around 400 olfactory receptors, or specialized sensory proteins mainly linked with smell but believed to be capable of performing other less-understood functions. A single odor molecule can activate multiple olfactory receptors; at the same time, various kinds of molecules can activate a single receptor.

The process is understandably complex: “We still know very little about how olfactory receptors translate information from an odor molecule into the perception of an odor’s quality, intensity, and pleasantness,” senior author Joel Mainland, an olfactory neurobiologist, says in a press release. “By examining how variation in an olfactory receptor gene changes odor perception, we can begin to understand the function of each receptor. This in turn will help us learn how the receptors work together so that we can decipher the olfactory code and digitize olfaction.”

To better understand the minutiae of so-called “smellscapes,” a team led by Casey Trimmer, a geneticist formerly affiliated with Monell but now employed by the flavor and fragrance company Firmenich, recruited 332 volunteers. As Earth.com’s Kay Vandette notes, these participants were asked to rate the strength and pleasantness of nearly 70 scents, many of which were components of common food flavorings and additives. According to GenomeWeb, the researchers also conducted tests of subjects’ detection limits (a single drop of lily of the valley, for instance, proves potent for some, but others cannot detect the sweet scent at all), overall olfactory acuity, and sensitivity to various concentrations of a specific odor.

By comparing participants’ ratings to their DNA, Trimmer and her colleagues were able to identify individuals with functioning versus malfunctioning receptors and gauge how these mutations affected scent perception. Surprisingly, the team found that a variation in just one receptor was strong enough to influence sensitivity to odors. Previously, Mainland explains in the statement, most scientists thought “that losing one receptor wouldn’t make a difference in how we perceive … odor,” as most scents activate multiple receptors.

Androstenone, a compound found in men’s sweat, offers a key example of the new study’s premise: Alternately perceived as “very disgusting and intense,” in the words of Rockefeller University neuroscientist Leslie B. Vosshall, neutral and vaguely vanilla-esque, or like nothing at all, androstenone was expected to be an outlier, tracing its odor differences to a single receptor.

“But here,” Trimmer tells The New York Times’ Murphy, “we show that this phenomenon is not uncommon.”

In an interview with Murphy, Rachel Herz, a Brown University neuroscientist who studies the psychology of smell and was not involved in the research, describes the study as “great and important.” Still, she points out that scent perception goes far beyond genetics.

Citing an experiment in which she presented volunteers with the same chemical combination, first identified as vomit and then as Parmesan cheese—participants couldn’t believe the two were the same, as one smelled disgusting and the other delicious—Herz concludes, “There’s also an ability to create odor illusions and flip people’s perception of an odor.”

Some people think electronic music is cold, but I think that has more to do with the people listening than the actual music itself.