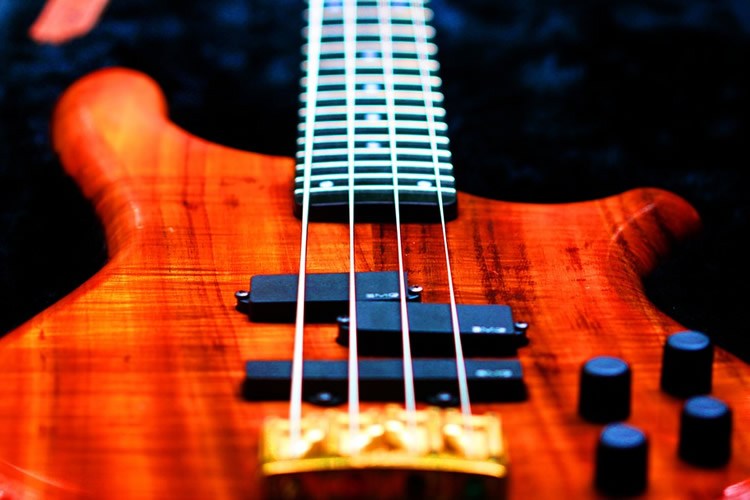 New study reports that while listening to music, brain activity becomes synchronized to the rhythmic structure of the sound | Neuroscience News

Summary: A new study reports that while listening to music, brain activity becomes synchronized to the rhythmic structure of the sound, specifically the frequency of the beat.

When we listen to music, we often tap our feet or bob our head along to the beat – but why do we do it? New research led by Western Sydney University’s MARCS Institute suggests the reason could be related to the way our brain processes low-frequency sounds.

The study, published in PNAS, recorded the electrical activity of volunteers’ brains while they listened to rhythmic patterns played at either low or high-pitched tones. The study found that while listening, volunteer’s brain activities and the rhythmic structure of the sound became synchronized – particularly at the frequency of the beat.

Co-author of the paper, Dr. Sylvie Nozaradan from the MARCS Institute, say these findings strongly suggest that the bass exploits a neurophysiological mechanism in the brain – essentially forcing it to lock onto the beat.

“There is mounting evidence supporting the hypothesis that selective synchronization of large pools of neurons of the brain to the beat frequency may support perception and movement to the musical beat,” says Dr. Nozaradan.

While this research is an important step in answering the mystery of why we “dance to the beat of the drum,” according to co-author Dr. Peter Keller from the MARCS Institute, these findings could also prove important in clinical rehabilitation.

The research team – also comprising of co-authors Dr. Manuel Varlet and Tomas Lenc – suggests that while this research is an important step in understanding the relationship between bass and movement, there are still many open questions about the mechanisms behind this phenomenon. NeuroscienceNews.com image is in the public domain.

“Music is increasingly being used in clinical rehabilitation of cognitive and motor disorders caused by brain damage and these findings, and a better understanding of the relationship between music and movement, could help develop such treatments,” says Dr. Keller.

The research team – also comprising of co-authors Dr. Manuel Varlet and Tomas Lenc – suggests that while this research is an important step in understanding the relationship between bass and movement, there are still many open questions about the mechanisms behind this phenomenon.

“Future research is needed to clarify what networks of brain areas are responsible for this synchronization to the beat and how it develops from early in infancy,” says Dr. Nozaradan.

ABOUT THIS NEUROSCIENCE RESEARCH ARTICLE

Music makes us move, and using bass instruments to build the rhythmic foundations of music is especially effective at inducing people to dance to periodic pulse-like beats. Here, we show that this culturally widespread practice may exploit a neurophysiological mechanism whereby low-frequency sounds shape the neural representations of rhythmic input by boosting selective locking to the beat. Cortical activity was captured using electroencephalography (EEG) while participants listened to a regular rhythm or to a relatively complex syncopated rhythm conveyed either by low tones (130 Hz) or high tones (1236.8 Hz). We found that cortical activity at the frequency of the perceived beat is selectively enhanced compared with other frequencies in the EEG spectrum when rhythms are conveyed by bass sounds. This effect is unlikely to arise from early cochlear processes, as revealed by auditory physiological modeling, and was particularly pronounced for the complex rhythm requiring endogenous generation of the beat. The effect is likewise not attributable to differences in perceived loudness between low and high tones, as a control experiment manipulating sound intensity alone did not yield similar results. Finally, the privileged role of bass sounds is contingent on allocation of attentional resources to the temporal properties of the stimulus, as revealed by a further control experiment examining the role of a behavioral task. Together, our results provide a neurobiological basis for the convention of using bass instruments to carry the rhythmic foundations of music and to drive people to move to the beat.

Source: It Really is All About the Bass