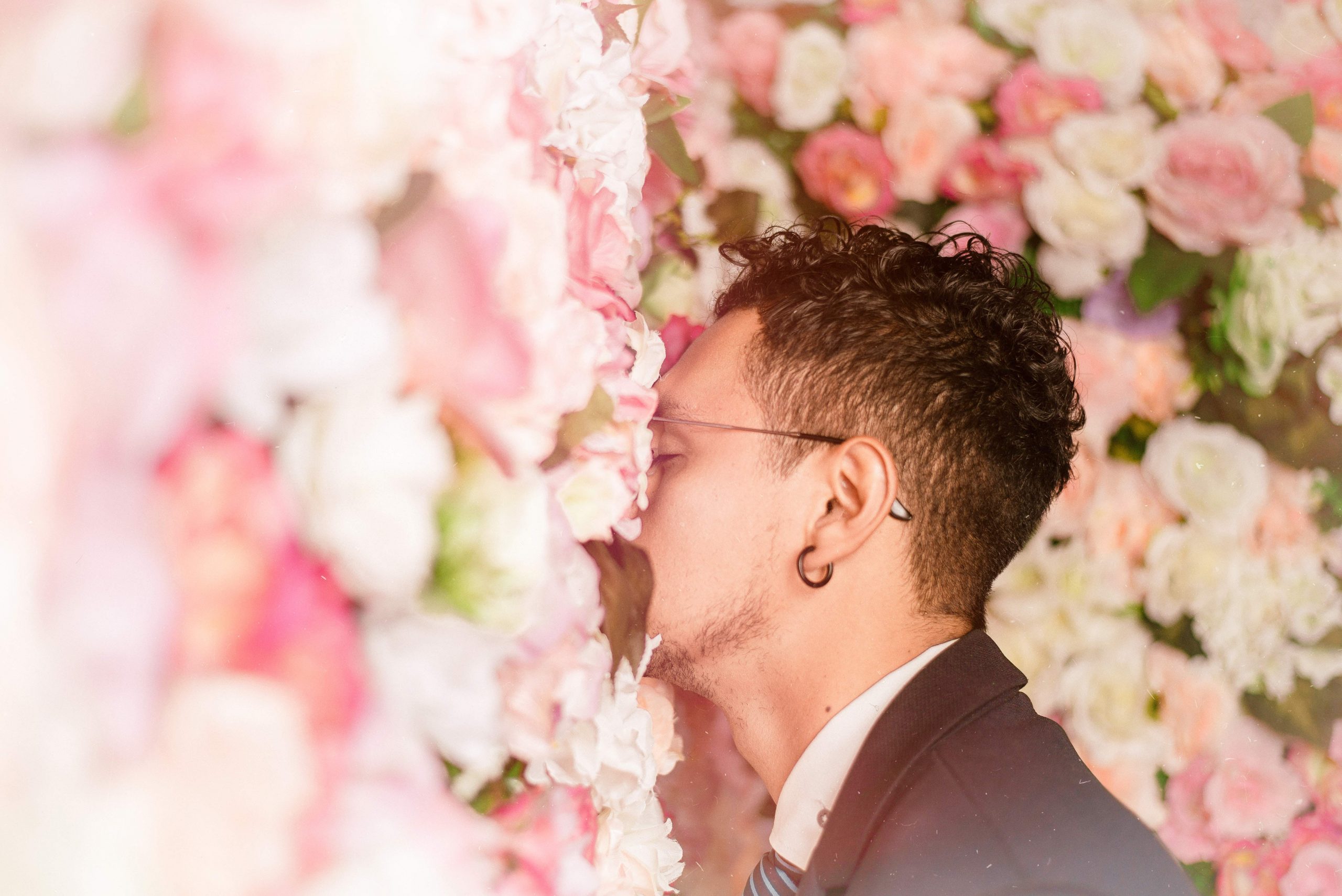 Photo by Cristian Newman on Unsplash

When we first learn about our senses, it all may seem pretty straightforward: our eyes, ears, noses, mouths, and hands are each responsible for capturing some aspect of the world around us, and they send sensory information back to our brains where it can be processed. But there are still so many things that we do not fully understand about how our senses work. One such mystery is the molecular mechanics of scent. How exactly how do so many different molecules trigger the exact similar molecular response?

In our eyes the combination of only three color receptors, called cones, let us distinguish between all the colors we see. That relative simplicity in part happens because light behaves as a continuous wave along a single axis, changing only in frequency and amplitude. With odors, there is no single wave of scent: there are billions of molecules of different shapes, sizes, and concentrations, all of which have to be detected by proteins called olfactory receptors in our noses. They add up to give us over one trillion different smells we can detect.

Because we do not have up to a trillion different receptors,  scientists have long assumed that a single receptor needs to be able to distinguish between different molecules. The two main possibilities theorized so far are that either a single receptor can recognize multiple scents, meaning a smell of roses can bind on the top of a receptor, and a smell of shampoo on the bottom, or that a single receptor can just accept molecules with similar shape, so if the scents given off by shampoo and roses look alike on a molecular level, they would in this completely hypothetical scenario both activate the same receptor.

Either way, we need to know exactly how the molecule and the receptor behave, structurally, to understand these possible mechanisms. That’s exactly what biologist Josefina del Mármol and a team of scientists from Rockefeller University did, in a recent pre-print article.

In their study, the scientists used the jumping bristletail, a prehistoric insect, as a model to understand how specific molecules bind to olfactory receptors. There are clear differences between the olfactory systems of humans and insects, but as with any good animal model, the similarities matter more.

Bristletails, like other insects, have receptors that can identify multiple odors. And because of how evolutionarily ancient these insects are, they have a relatively simple olfactory system – for comparison, the jumping bristletail used in the study has five genes for different receptors, while humans have at least 400 active olfactory receptor genes, with 600 more that do not have a known function.

The first step in understanding how these insect receptors work was to test which molecules could activate them. They engineered cells in a petri dish to express the genes for those five insect receptors, and then exposed them to odor molecules known to be evolutionarily important to insects. One of those receptors, called MhOR5, responded to a variety of molecules of different shapes, and did not respond to molecules insects (and humans for that matter) cannot smell, such as salts and sugar.

The scientists then moved to determine the exact molecular structure of MhOR5, using a technique called single-particle cryo-electron microscopy. This relatively new type of microscopy allows scientists to study a molecule in its natural state, with near-atomic resolution. The group first imaged the receptor by itself, then in the presence of a molecule it was sensitive to – eugenol, or clove oil.

They saw a specific region of the receptor that was moving and being structurally rearranged in the presence of an odor. They then compared those structural details of MhOR5 and eugenol with the structure of the MhOR5 in the presence of DEET (the potent insect repellent), a molecule also known to bind the smell receptor.

Both eugenol and DEET, despite having different shapes, caused a similar change in the structure of the receptor, meaning that different smells can potentially activate the same receptor in the same molecular location. The scientists then computationally tested the potential binding location of over 30 molecules and found that all were predicted to bind in a similar way to the MhOR5 olfactory receptor.

How, then, can one receptor distinguish between all these different odors? To find out, the group created small mutations in the structure of MhOR5, changing a single amino acid at the time (which is like changing individual letters in a word until the word breaks). This changed the sensitivity of the receptor to all those different molecules, showing that even though the odors are all binding to the receptor in the same general area, differences in the individual atoms of those molecules are responsible for the breadth of responses that MhOR5 is capable of.

A last – and serendipitous – finding of this study was in elucidating how the repellent DEET might work to keep insects at bay. Because the group showed for the first time that DEET can structurally bind directly to a receptor “meant” for something else, they corroborated an existing hypothesis that the repellent blocks an insect’s ability to smell and subsequently bite humans.

This is the first time that we are able to see in astonishing detail exactly how an odor binds and activates an olfactory receptor – in other words, how a smell is smelled. This research also points towards the hypothesis that we can smell such a wide variety of odors without a trillion olfactory (smell) receptors, because different molecules all activate the same receptor. Evolution has given rise to different neural codes that relate back to the minuscule changes happening between different molecules and receptors, as well as the endless combinations between different receptors working together simultaneously.

As the authors put it, the challenge of figuring out exactly how our brains detect so many odors now becomes a neural coding problem, instead of a biochemical problem inherent to the receptor and the molecules. Much of this research needs to be now translated to human receptors to understand how much of that was kept through evolution and how much has changed between us and prehistoric insects. Nevertheless, this research paints an impressively detailed picture of how we perceive the world around us, down to individual molecules and atoms.

Source: New research shows how one sniff separates trillions of molecules into smells