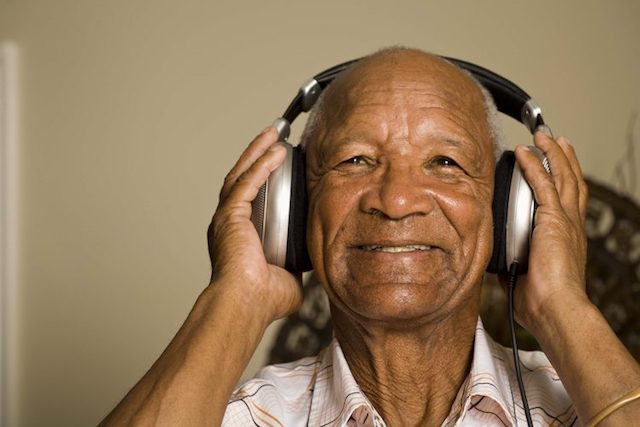 In-Between Music and Memory is Love

Twinkle, twinkle, little star.  How I wonder what you are.

Have you ever been listening to a song and it brings back a vivid memory from years before?

In the case of “Twinkle Twinkle Little Star,” this may bring back memories from childhood, such as parents singing, siblings playing or the smell of homemade fried cheese curds.

Music & Memory is a non-profit organization that sees this reconnective power of music, and helps individuals with dementia live more fulfilling lives with their loved ones across the U.S. Executive Director Dan Cohen gained his vision, in 2006, when working as a volunteer in nursing homes. During this time, Cohen observed the healing power of music, and how music improved the wellbeing of individuals with dementia.

The Science of Memory

The science behind music and memory backs-up Collin’s initial observations.

“Songs that were a part of your life, especially during that part of your life when you are a teenager or a young adult, becomes very encoded with emotional context as well. Particularly songs will bring back memories of who you were with, what you were doing, how you felt, what the smell in the air was, where you were, all the different things that become attached to the memories of a particular song,” Kristen Felten, Dementia Specialist in the Office on Aging with WI DHS, said.

Dementia is an umbrella statement for different types of memory loss. Alzheimer’s is the most common form of dementia with about 70 percent of all dementia being classified as Alzheimer’s.

“One of the first symptoms of Alzheimer’s disease is short term memory loss. It is common for people to forget particular words and to lose the train of a conversation,” Felten said.

“[The hippocampus] is the part of the brain that is responsible for converting things that are happening to memory storage,” Felten said.

“Individuals lose their ability to recall what happened just a short time before. It becomes impossible for people to remember things that happened day to day,” Felten said.

Part of the reason music works so well with memory is due to different types of memory individuals create. It’s an individual’s emotional memories that are triggered by music.

“Emotional memories are memories captured in a different part of the brain. Music is a powerful art form that then has emotional memories attached to it,” Felten said. In addition, memories that are associated with songs lasts for a long time, even through the progression of Alzheimer’s and dementia.

How to Choose the Music

The way music is chosen depends on how far along the individual is with Alzheimer’s. Creating a playlist while a person is healthy is ideal. If a person is able to, have them work with family and friends to select songs to add to their playlist. If a loved one is not able to help create the playlist, family and friends can step-in to select songs.

“If it’s early on, then [patients] can actually help to create that list. Even if they’re not able to recall the name of the song or the name of the artist, they may be able to point to era, particular years, particular types of music that they like,” Felten said….