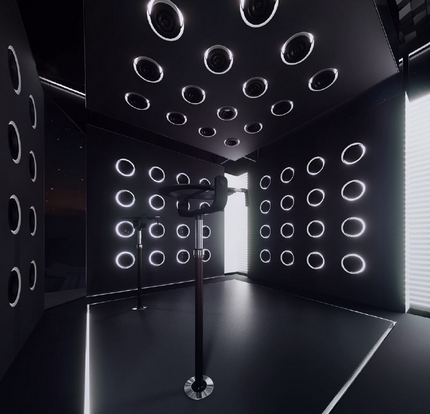 Looking to escape reality for a few minutes after a long week at work?

A Lancaster-based company that specializes in video games and virtual-reality experiences is offering up opportunities to do just that.

MajorMega is taking reservations for people who want to test the latest prototype for its new multi-sensory VR gaming platform, which is called Hyperdeck.

Mike Bridgman and Sean Hennessey co-founded the firm, which is located on North Christian Street in downtown Lancaster. The company began in 2012 with a focus on developing interactive websites and digital marketing products for the entertainment industry.

MajorMega worked on digital projects for celebrities such as Justin Timberlake and Rihanna.

The company switched gears about two years ago to focus on gaming and immersive VR experiences, which led to its Hyperdeck project. Before developing the platform, the firm teamed up with Lancaster County-based Tait Towers to help create a VR simulator for National Geographic’s “Experience Mars” project.

Hyperdeck is an enclosed modular VR product. As envisioned, users would enter a room-sized module, don VR headsets and pay a per-minute fee to play games. Users would be able to reserve time slots for the experience, which would last about five minutes.

Each unit would be capable of holding up to four players at a time, encouraging team play and providing different gaming perspectives for each player. The developers hope to be able to link Hyperdecks in multiple locations for larger group experiences.

And those experiences will be influenced by a motion platform and built-in wind system. The developers also intend to pipe in smells and build in temperature controls to heighten the player experience.

Other large companies already make these kinds of interactive games, including Triotech, which is based in Canada.

The Hyperdeck is still in the research and development phase as MajorMega looks to raise funds from investors to continue refining the product and hire more staff. The developers hope to have a finished product by next summer.

MajorMega intends to market Hyperdeck to entertainment resorts and amusement parks, as well as casinos and shopping malls looking for a new arcade attraction.