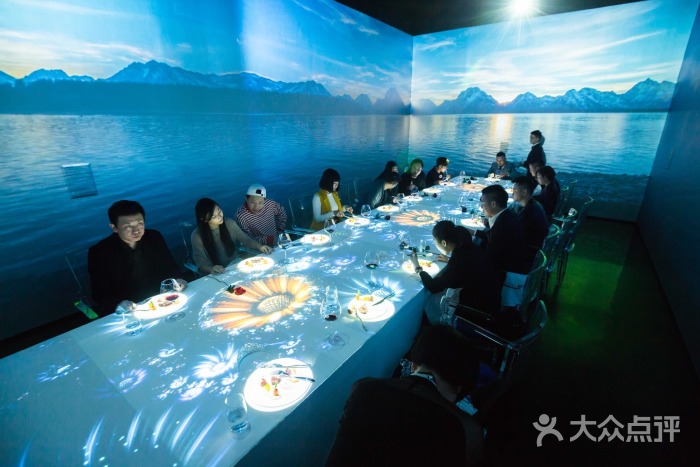 Some users of the popular Chinese review site Dianping either haven’t noticed or don’t seem to care, though; the restaurant has so far earned an aggregate score of 4.5 stars (out of five) and has a few glowing reviews.

Even more shamelessly, Queen’s is apparently pricier than Ultraviolet, with one Dianping reviewer appearing to complain of being charged RMB8,500 for a seat. (For comparison, a reservation at Ultraviolet usually costs around RMB6,000).

“Just wait and see if there is anyone willing to pay RMB8,500 for a steak that doesn’t even have a Michelin rating,” the user wrote.

Another review claimed that the average cost per person was RMB2,980.

Plenty of reviewers were also highly critical of Queen’s 3D. Wrote one: “A meal in this restaurant feels like a night at the club. Food was awful, and with this amount of money I can book a booth at Muse.”

Other reviewers alleged that the restaurant has been bankrolled using money people thought was going towards a gym membership. According to some, those members are now asking for their money back. Several accused the unidentified female owner of being a liar.

“Isn’t responsibility and honest the most important thing in business?” asked one reviewer. “Are you trying to get away with it with a simple announcement?”