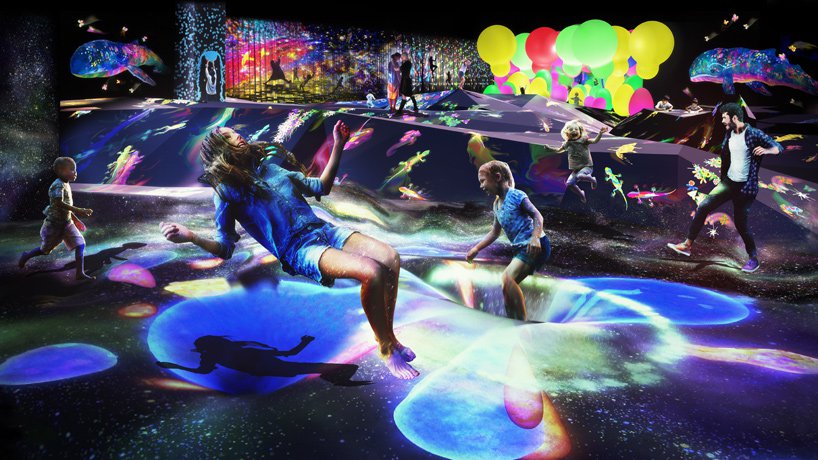 this summer, teamlab is opening a full-scale digital art museum at the mori building in tokyo. the immersive museum features multiple 3-dimensional spaces set across an overwhelming scale of 10,000 square meters, and uses 520 computers and 470 projectors. the japanese ‘ultra-technologists’ have coined the term ‘teamlab borderless’ to describe the nature of the boundary-free installations that transcend the various rooms, creep down the halls, communicate with other artworks, and sometimes even blend in with them.

ahead of its opening, designboom was taken on an exclusive guided tour of the museum with teamlab founder toshiyuki inoko, and director of mori building digital art museum, ou sugiyama to learn more about the monumental project and check-in on its progress so far.

located in the palette town complex of odaiba, the all-new museum concept is a collaborative initiative between mori building — a noted supporter of culture and art — and teamlab, the interdisciplinary creative group that utilizes digital technologies to express art. ‘borderless’ expresses the museum’s aim to tear down the boundaries between ‘one art and another’, ‘art and visitors’, and ‘oneself and others’, by allowing visitors to melt into the art and become part of it. visitors can loose themselves in the artworks, the installations morphing and transforming according to the presence of people. ‘as we immerse and meld ourselves into this unified world, we explore a continuity among people, as well as a new relationship that transcends the boundaries between people and the world,’ teamlab describes. 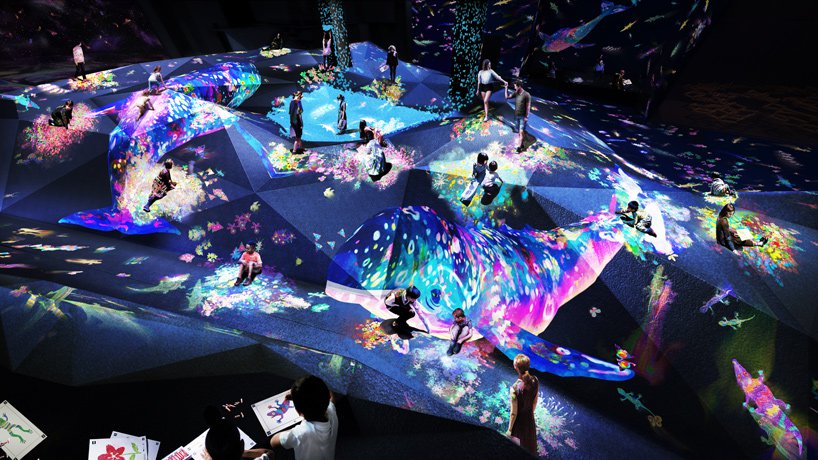 installations such as ‘born from the darkness a loving, and beautiful world’, ‘flower forest’, and ‘black waves’ are continuously evolving, computer-generations that occupy three-dimensional space. together, they communicate, influence and sometimes intermingle with each other. human presence determines the activity of the artwork, and the physical influences and connections between the digital objects are calculated in real time, producing a complex and natural world. other artworks see seasons change gradually across the installation spaces, a seasonal year of flowers budding, growing, and blossoming before their petals begin to wither and eventually fade away.