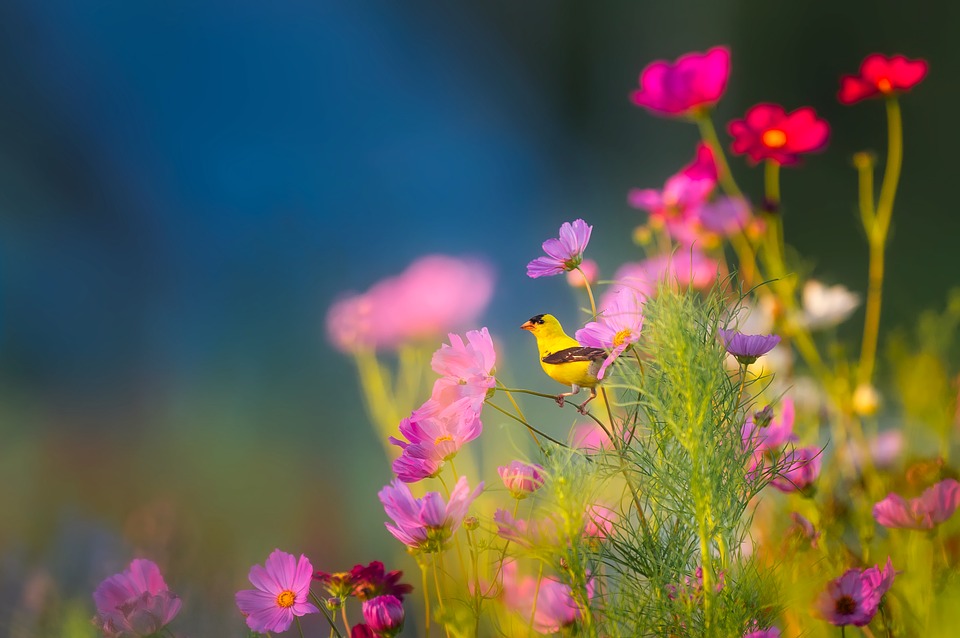 Birds in This Story:

When I was in the midst of a thorny career transition and in the process of auditioning hobbies, I assumed my curiosity about birds was a transitory flirtation. But then I saw the Red-winged Blackbird. The fiery vermillion patches on the bird’s epaulets, contrasting sharply with its glistening, jet-black bodysuit, caught me off guard. I hadn’t expected such a slick outfit. After all, my knowledge of the avian world had been limited to pigeons. But watching this bird balance on a cattail, utterly majestic in its attire, I couldn’t help but marvel.

I’m not sure which I found more shocking—that the birds turned out to be one of the most common harbingers of spring here in Canada and not the rare migrants I had initially assumed, or that I likely walked by Red-winged Blackbirds hundreds of times, but had never stopped to look and imbibe their magnificence. These birds made me wonder in earnest, what else had I been missing? I blame that moment 12 years ago for everything that happened afterward, including my deep entanglement in a mid-life love affair with birds that resulted in my October 2020 book, Field Notes from an Unintentional Birder.

Now that we’ve entered the time of New Year’s resolutions, eager for a fresh start after such a difficult year, I believe more strongly than ever that birding is the antidote to despair. This feeling has resonated with many in these uncertain pandemic times. Birding has seen an explosion of interest as an ideal activity that can be practiced near home and with safe social distancing. During the initial waves of the pandemic last spring, for example, usage of Cornell Lab of Ornithology’s eBird app and participation in its Global Big Day hit new records. Sales of bird seed, bird houses, and other birding supplies have soared this year as more people have spent time looking up.

A growing body of scientific evidence also shows that the joy delivered by birds isn’t just anecdotal. Research increasingly links exposure to nature—and specifically, exposure to birds—with improved wellbeing. In December, a new study by the German Center for Integrative Biodiversity Research connected greater bird biodiversity to increased life-satisfaction for more than 26,000 people in 26 European countries. It turns out the people who live near natural areas with a greater diversity of bird species were demonstrably happier. In fact, the study found that seeing 10 percent more bird species generates satisfaction on par with a comparable increase in income.

Seeing a wide array of birds isn’t the only thing that affects our moods: so does hearing them.

Seeing a wide array of birds isn’t the only thing that affects our moods: so does hearing them. According to another recent study from researchers at Cal Poly, hikers who listened to birdsong while ambling on a trail have a more positive overall experience and feel greater joy. Birders know this intuitively; birdsong uplifts us largely because it restores our faith in the natural order of the world and in the health of ecosystems. This is precisely what makes Rachel Carson’s opening chapter of Silent Spring, in which she foresees the danger of a world devoid of birdsong, such an arresting wakeup call: “On the mornings that had once throbbed with the dawn chorus of robins, catbirds, doves, jays, wrens, and scores of other bird voices there was now no sound; only silence lay over the fields and woods and marsh.”

There’s no other way to say it: Birds really do make us happy. They force us to stop and pay close attention, to notice details more acutely. When we’re out birding, we’re experiencing the joy of being fully immersed in the present moment—very much in line with what mindfulness practices advocate. And since birds couldn’t care less about our petty concerns, they serve as powerful reminders that we are part of something larger than just the world inside our own heads. When I see the spectacular aerial mating dance of the American Woodcock—the pouty greyish-brown shorebird flinging himself into the high ether while peenting, doing a series of colossal circles in the air and descending to riotous raptures from the female—I look at the world with more wonder.

When I first became a birder, I will admit, to my great embarrassment, I feared that spring migration might become boring after I’d already seen all the warblers. Now, I just shake my head at that person I once was. If anything, my joy in spring has become more intense, with my internal calendar recalibrated to anticipate the month of May. I now know I’ll never be bored of birds: They regularly surprise me with their ingenious behaviors, imaginative adaptive skills, resilience, and colossal determination. Watching birds closely, whether at one’s feeder or in the field, is a full-on, multi-sensory experience that brings joy—coupled with humbling, yet inevitable misidentifications—and exhilarating moments of discovery. Is there anything more fulfilling?