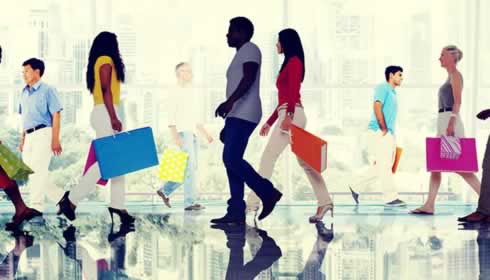 By msensory team04/04/2019No Comments
Head Mounted Devices (HMD) are the most common virtual reality devices at present and hence account for majority of shares of the mixed reality headsets market.

The healthcare domain has also been a major ground for mixed reality headsets market growth, driven by the fact that these headsets are increasingly being used in medical student training and surgery. Combining augmented reality with MRI and X-ray can give surgeons an enhanced sensory perception, thus minimizing risks in an operation.

Medical students can simply use augmented reality to practice surgery that would train them in a more controlled environment.

Mixed Reality Headsets Market is expected to traverse along a rather profitable growth path over the coming years, given the massive proliferation of the AR and VR technologies.

As per a leading publication, high end virtual reality headsets such as Facebook’s Oculus Rift, HTC’s Vive and Sony’s PlayStation VR have together sold 1 million units in merely the third quarter of 2017. This is a clear indicator of the growth that mixed reality headsets market industry has been experiencing in recent times.

Analysts have been predicting that the technology is likely to become all pervasive and will bring about an extensive across the arenas of education, entertainment, travel, healthcare and engineering.

Virtual reality headsets can provide a much more enriched movie experience as they cancel out external distractions and ambient lights. In this regard, mixed reality headsets market has amassed heavy gains, since more and more people have been preferring watching movies on VR headsets than in movie theatres.

Virtual reality headsets can give a 360-degree panoramic view that can enthrall and totally immerse the audience, making a product or service much more palpable for the customer. Industry giants like McDonald’s, Coca-Cola and Disney have realized this potential and have involved virtual reality into their marketing campaigns.

Retailers like Wayfair and IKEA have further stimulated mixed reality headsets industry by developing applications in which a customer can turn furniture around to see even its back and can virtually place the furniture in their room to see how it fits. This has not only improved furniture sales but has taken virtual reality technology a step further in the retail industry.

Mixed reality headsets market is expected to amass huge gains in the USA, subject to high product demand from the military and aerospace sectors. These headsets are massively used by the U.S.

military to enhance military training environment for its troops. Europe the mixed reality headsets industry, on the other hand, has also gained momentum due to the product’s deployment in tourist destination such as theaters and museums.

Factors such as the high cost of devices, lack of high quality content, virtual reality’s capacity to disrupt normal social behavior as well as hurt vision with prolonged use have indeed hampered the growth of mixed reality headsets industry. Nonetheless, it has been observed that players such as Google, Microsoft, HTC, Sony and Dell are working towards making this technology more affordable as well as user friendly, which would provids a major stimulus to the growing mixed reality headsets market.

“The memories of my family outings are still a source of strength to me. I remember we’d all pile into the car – I forget what kind it was – and drive and drive. I’m not sure where we’d go, but I think there were some trees there. The smell of something was strong in the air as we played whatever sport we played. I remember a bigger, older guy we called “Dad.” We’d eat some stuff, or not, and then I think we went home. I guess some things never leave you.”