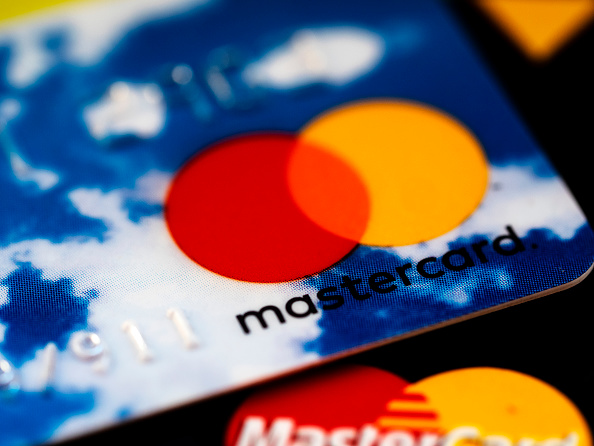 Mastercard is still unveiling a multi-sensory branding campaign. In September it released a “brand flavor” in the form of promotional macarons, and this week at the CES show in Vegas it unveiled the next form of its branding: Mastercard’s first musical single.

The “sonic brand” will be incorporated into just about every media form related to Mastercard, like commercials, events, ringtones and point-of-purchase locations, according to Forbes. Here’s a quick YouTube video showcasing one of the sounds.

Apparently that little jingle involved working with big-name musicians from all over the world, like Linkin Park’s Mike Shinoda. The sonic brand overall will include musical input from the likes of Camila Cabello, Miley Cyrus, Mary J. Blige and more. These artists, according to Forbes, worked on a song “that integrates the Mastercard ‘sound architecture’—think unique riffs, bridges, notes.” It will eventually constitute a full album, dubbed “Priceless” after the company’s famous ad campaign, and will come out in the spring.

“If you look at visual brand representation, it is a very evolved science and art,” Raja Rajamannar, chief marketing and communications officer for Mastercard, said at CES. “It’s all very clear. For sonic, there is no such precedent, and we had to create a playbook from scratch.”

The difference between an actual song (and album) released as a single and the quick little jingle you hear when you buy something is that it’s a way for Mastercard to be present in a consumer’s life even when they’re not using the product. Like TV, radio or billboard ads, it seeps into their life when they’re otherwise just relaxing with some music.

Rajamannar also basically fessed up to the fact that this is a way for Mastercard to get around pesky ad-block software and ad-free websites.

“You have to create a method by which you are manifesting and showcasing a brand in an audio environment,” he said, according to Forbes. “The more and more interconnected things become, and you’re talking to your wearables or your refrigerator, sound-based interaction and purchases are what are happening. And as a marketer you have no choice but have a sound-based identity or a sonic identity.”

These multi-sensory experiences are sort of a thing right now. Pantone just released its Color of the Year for 2020, and it went far beyond just talking about how a particular hue captured the current global zeitgeist by including a multi-sensory component. Volkswagen released a “digital logo.” In a world where most things are digital, tactile experiences may be the primary means of standing out in the future. It worked for vinyl, didn’t it?

It’s all a bit dystopian, and certainly Pavlovian, to seep marketing into an activity we enjoy for its artistic expression. One could argue that it’s even a bit invasive to try to incept the idea of buying things almost subliminally.

But, when marketing and advertising have to constantly work to find new ways to attract people, it’s pretty smart. It’s scientific, in fact.

Source: Mastercard Is Serious About This ‘Sonic Branding’ Thing