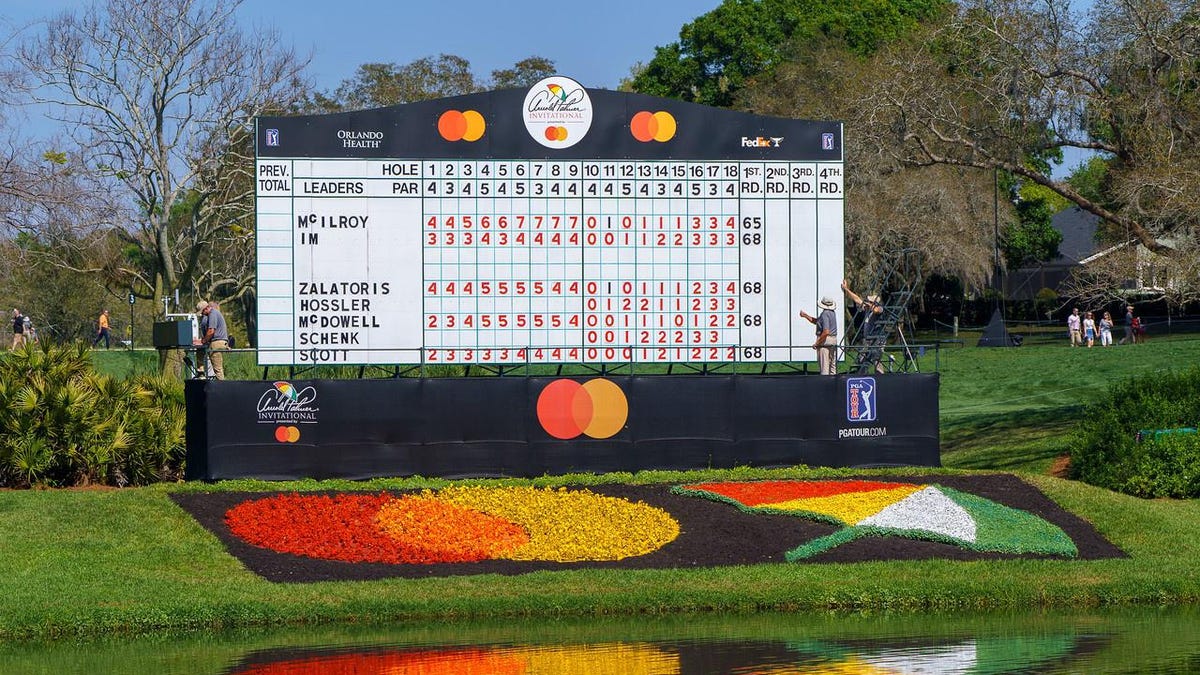 Great golf courses often smell as good as they look. Breathing in your surroundings while walking a beautiful track, players may inhale the refreshing fragrance of morning dew on fresh cut grass, the distinct floral aroma of azaleas in full-bloom or the earthy notes stirred into the air when a divot is taken.

But if you bottled the scent of pumped-up golf fans packing around a tee box on a sweltering Florida afternoon to bear witness to a Jon Rahm or Rory McIlroy Sunday charge—the fragrant ambiance may be more Eau de Locker Room than Eau de Spa. But that may change if more title sponsors catch a whiff of what Mastercard MA -3.6% is up to at this week’s Arnold Palmer Invitational.

As part of a multi-sensory brand strategy the credit card company has been pursuing, ‘Passion’ and ‘Optimism,’ a pair of Priceless scents are making their pro golf debut at the tournament. Mastercard, the title sponsor of the event, is diffusing the Priceless branded scents into select hospitality areas open to cardholders.

“Most people are blessed with five senses. But marketing will always focus on two senses for some weird reason—just eyes and ears. You see a video and there is audio and visuals, you listen to the radio and it is only audio and you see billboard it is only visual,” Mastercard CMO Raja Rajamannar explains.

Mastercard is a firm believer that they can take their brand interactions to the next level of engagement by extending the sensory range of their marketing to include touch, taste, smell and sound.

The scents were developed by perfumers Dora Baghriche and Marie Salamagne of Geneva based Firmenich, the world’s largest privately-owned perfume and taste company. ‘Optimism’ is a refreshing citrusy blend with a nose of Sicilian lime while ‘Passion’ stirs up the sentiment with notes of rose petals intermingled with warm woods. A portion of proceeds of sales of the fragrances which retail for $178 for a 50 ml set, go towards the Priceless Planet Coalition, a reforestation initiative with a goal of planting 100 million trees to mitigate the impact of global greenhouse gas emissions.

“We have seen in other industries where smell makes a profound difference and experiences become more memorable. At the end of the day, when consumers experience the fragrances you are reinforcing the brand Mastercard to them in a subtle and very unique way,” Rajamannar adds.

This emphasis on sensory experiences also led to the creation of their Touch Card solution, also on display at the tournament, that is utilized by visually impaired customers. The product features cut notches on a corner of each card so that visually impaired customers can differentiate between credit, debit, and gift cards simply by feeling the shape of the cut-out.

A trick shot fan zone where fans can attempt to bank shots of pots and pans, chip onto a trampoline or thread a putt through a Hot Wheels loop-de-loop gives Mastercard a chance showcase their card acceptance soundbite. The chiming melody plays whenever a ball drops into the hole. The sound which debuted in 2019 was designed to improve contactless transaction confidence while simultaneously helping the company create a sonic brand identity. They hope their micro-jingle, which currently can be heard at 220 million points of transaction, climbs up the S&P 500 sonic signature leaderboard to get up there on the first page alongside Netflix’s NFLX -1.2% ‘ta-dum’ and Apple’s AAPL -2.8% auditory text message received prompt.

An augmented reality selfie experience is another fun interactive experience that puts a new spin on an old concept. Fans pick four golfers and then re-arrange their positions around them as they see fit for a realistic looking group photo that may just fool friends and family. Three-time tour winner Max Homa appreciates all the effort taken to ratchet up the fan experience.

“The fans just want to be entertained, so give them something to remember and even if it doesn’t work right away, I’m sure people will talk about certain things: the augmented reality or the smells, something to give people a unique experience,” Homa, who is on Mastercard’s ambassador roster, says.

The Arnold Palmer Invitational has featured large on the Burbank bred golfer’s highlight reel. In his API debut he carded the lowest round in the field on the Saturday shooting a 2-under 70 on a blustery day where the field averaged 75.9, the tournament’s highest tally since 1983.

Homa feels Mastercard’s marketing efforts have helped create a tournament with cross-generational appeal, noting the numbers of millennials and Gen Z fans showing up to go along with the bevy of boomers the PGA Tour attracts to a lot of their events.

“It’s a nice mix, almost a perfect blend. The Waste Management is always a little younger and you have other events that skew a little bit older and I feel like this one has a really nice balance— It feels like they are trying to make it an all-inclusive experience,” Homa adds.