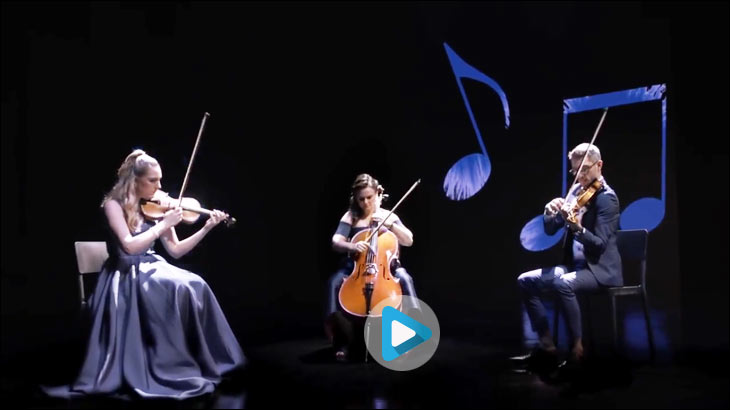 Buying a car today is increasingly being considered a landmark in most people’s lives; more so than ever before. A positive personal engagement with the vehicle is often a fundamental when it comes to choosing the right car and manufacturers finally seem to have realised that.

In an attempt to build an emotional connect with consumers, the automotive industry is also steadily moving away from traditional television, magazines and billboards and focusing more and more on non-traditional channels such as digital and social media.

In 2015, as part of its strategy to attract more of the country’s premium car buyers, Maruti Suzuki (the company that put India on the automotive world map) India launched its ‘Nexa’ brand of outlets to sell the company’s premium car portfolio. Since then, the band is always looking at innovative ways to attract its TG. In its latest offering i.e. the #NEXABlue campaign, the brand brings to life a car’s colour through Synesthesia – a neurological condition that translates one sense, like hearing a sound, for example, into another like seeing a colour generated by that sound and vice versa. This is a first-ever digital format across Facebook, Twitter, Instagram, and YouTube.

The new digital campaign crafted, by Hakuhodo India, is targeted at Nexa customers between 18 and 45 years who are, presumably, well versed with social media platforms.

Interestingly, this one-of-a-kind venture tries to achieve both innovation and invention through this signature shade in a rather unique way.

From ideating to production

The ‘Sound of NEXA Blue’ is the culmination of the work from three western classical musicians with Synaesthesia who came together and travelled to India to help create this signature tune. These musicians – Samara and Litsa from the UK and Eduardo from Canada – were presented with the colour #NEXABlue and were asked to showcase the notes that they ‘heard’ after seeing the colour.

The Hakuhodo India team later roped in a composer who helped create a symphony using only those particular notes. In such a brand new collaboration, the brand, a trio of talented musicians and a special colour, have come together to create the ‘Sound of NEXA Blue’.

In the present market scenario, popular car brands are toying with a wide range of creative ideas in their marketing approach and there has been a noticeable effort of engaging campaigns to ensure consumers are paying enough attention and getting involved.

Whenever Nexa has advertised in the past, it always made a point; it always had a clear strategy behind every campaign devised and executed.

Sabuj Sengupta, national creative director, Hakuhodo India says, “#NEXABlue is the signature shade for Nexa cars. It symbolises innovation in what we do. Through the ‘Sound of NEXA Blue’ campaign, we wanted consumers to experience colours in a new, innovative way.”

Speaking about the execution, he shares, “The brief was to find the most interesting way to talk about the colour NEXA Blue. Once we cracked the idea, Hakuhodo co-worked with musicians to bring it to life.​

“Besides using social media, we are also sending these videos to our customers. A lot of customers have shared this video and helped it go viral,” informs Sengupta.

So is it a hit or miss? We asked some industry experts –

Rajeev Raja, founder and soundsmith, BrandMusiq shares, “I really like the idea of using the condition of Synaesthesia to create a unique sonic identity for Nexa. The merging of the two realms of colour and sound are very interesting and using musicians who are synesthetic to interpret ‘NEXA Blue’ is a powerful concept. The musicians looked at the colour and immediately heard musical notes that represented the colour to them. I would be very keen to know what the key brand characteristics of Nexa were and how the composition reflected them.

“I think this is a big idea and must be leveraged more across consumer ‘earpoints’ to fully realise its potential,” Raja adds.

Moreover, a major risk this campaign runs is that people might not grasp the idea in the first go. Echoing that note, Carlton D’Silva, chief creative officer, Hungama Digital Services, points out, “Maybe it’s just me, but I did not get the reasoning behind a brand creating a noise (or should I say melody) around the colour, especially if it’s a shade of blue. I do know it’s not the highest selling colour when it comes to choosing one for your car and whilst you have a unique colour for your range of cars, it will not be the deciding factor for a prospective consumer to buy the car.

“However, I feel that whilst the idea is good, it will not speak to its core TG and, to be honest, most of them will be left with a feeling of ‘huh?’ … just the way I am!” D Silva adds.

“This honestly looks like one of those ideas that is trying to make some strange connection and hoping people will buy into this deep-thinking and in turn, maybe win some awards while they’re at it. It would be interesting to know if their blue shade has started to pick up in sales though,” he says, but sounds doubtful.

In the past, the automobile company has leveraged the print medium often and has regularly advertised in English daily newspapers, be it during the launch of its Baleno and S-Cross vehicles or Nexa, the showroom that showcases them.