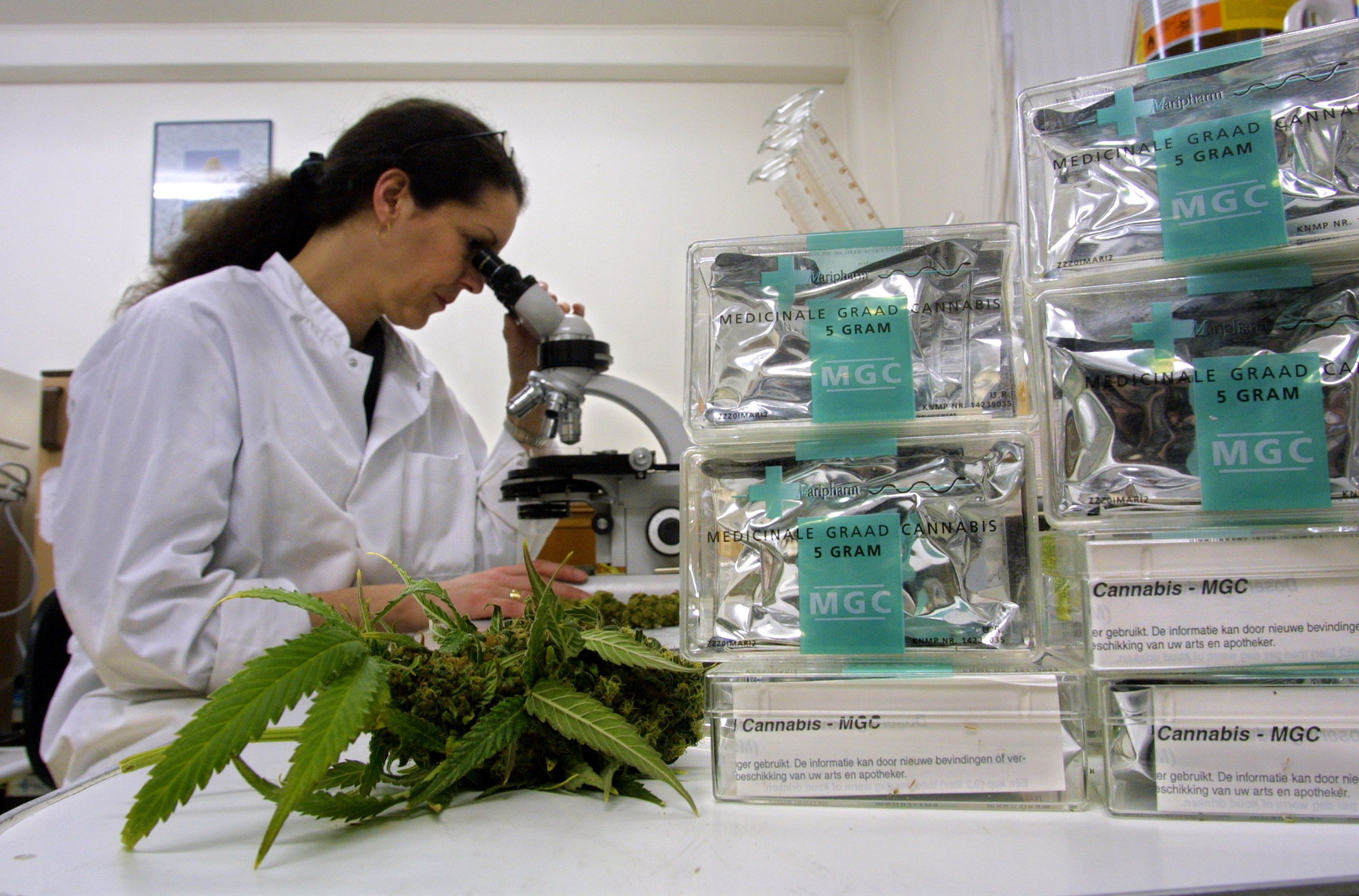 The study is significant insofar as it identifies a cannabis compound that is not a cannabinoid that has therapeutic value. Michel Porro/Getty Images

Often lost in the dishonest hubbub around wellness-trend-of-the-moment CBD—and all the afflictions that the non-intoxicating cannabis compound can supposedly heal—are the legitimate scientific findings about cannabis’ palliative power, without which there would be no disingenuous oversells.

Here’s one: according to the findings of a recently published study, stubborn and deadly pancreatic cancer might be treatable by a compound found in marijuana, but not a cannabinoid—a cannabis flavor.

Researchers affiliated with the Dana-Farber Cancer Institute in Boston introduced two different types of pancreatic cancer cells, both isolated and introduced in lab mice, to a cannabis-derived drug called FBL-03G.

The intellectual property of a Baltimore-based company called Flavocure Biotech Inc. (and also the subject of a U.S. Patent Office application first filed in 2015), FBL-03G is “a cannabis-based flavonoid pharmaceutical composition” derived from Cannflavin B, a metabolite of the “typical” cannabis sativa plant. Flavonoids are plant chemicals found in nearly all fruits and vegetables; flavonoids give flora their colors and are also associated with health benefits; thus, isolating and patenting a particular flavonoid could be a viable (and profitable) treatment.

But when the pancreatic cancer encountered this particular cannabis-derived flavonoid—in concert with radiation—the cancer cells suffered “a major increase” in cell death. That is, the otherwise stubborn cancer cells suddenly were more likely to go away—to be cured—when exposed to both radiation and the flavonoid found in weed.

“The findings demonstrate the potential for this new cannabis derivative in the treatment of both localized and advanced pancreatic cancer,” the study’s authors wrote. “The results justify further studies to optimize therapy outcomes toward clinical translation.”

The findings were published online on July 23 in the journal Frontiers in Oncology.

To isolate FBL-03G, scientists used flash chromatography and then separated FBL-03G from other various flavonoids found in cannabis by how they interacted with other molecules. The flavonoids were delivered “directly” to the tumors via a method called “smart radiotherapy biomaterials,” described by one Harvard Medical School doctor as “tiny drones to fight cancer.”

In one specific experiment, mice left untreated died within 20 days; between 30 and 50% of mice treated with both the flavonoid and radiation therapy were still living after 40 days.

“Overall, the data demonstrates significant therapeutic potential for using FBL-03G in the treatment of both local and metastatic disease, significantly increasing survival,” the authors wrote.

The study is significant insofar as it identifies a cannabis compound that is not a cannabinoid that has therapeutic value. THC and CBD are cannabinoids and interact with the human body’s endocannabinoid system, a network of receptors that regulate key functions like mood, appetite and sleep.

That’s relatively well known and is the scientific basis behind the CBD boom (such as it is). But this study highlights something else entirely: Other compounds in cannabis—not having anything to do with the endocannabinoid system—may also have therapeutic value.

The study’s authors call, as most study authors do, for more research. It will require many more studies—including clinical trials involving humans—before the treatment described here can be patented and prescribed to humans with pancreatic cancer. And it’s also not at all clear if merely using cannabis in some way will deliver the same benefits, and if so, how. Juicing? Smoking? Oils? Who knows! But when you do see cannabis hype, remember why: there’s truth there. You just have to work hard to find it, and that work is still ongoing.