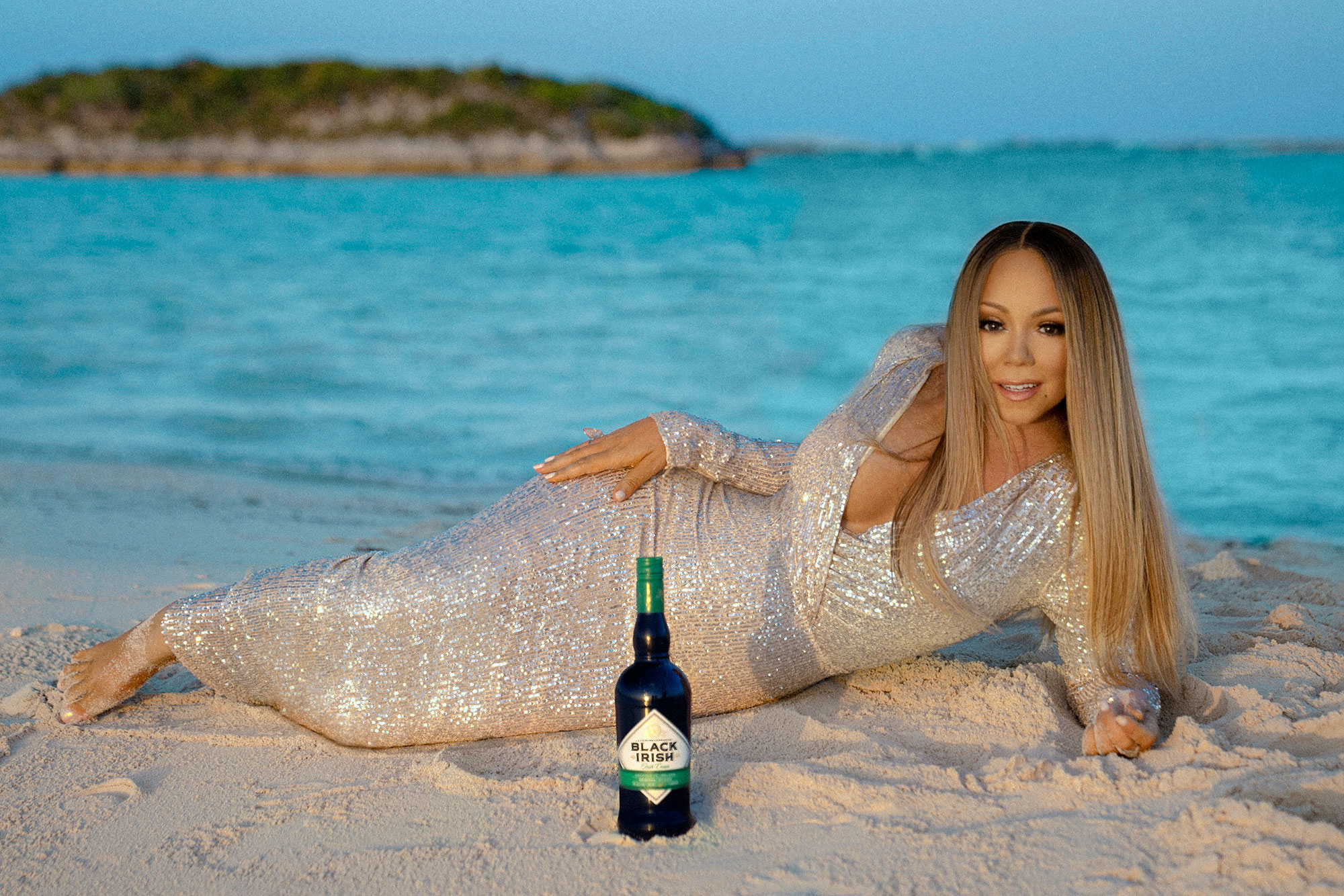 Celebrity-owned spirits brands have been all the rage recently — and for the celebrities, why shouldn’t they be? In 2018, George Clooney was named Forbes’ highest-paid actor not due to any on-screen roles, but instead thanks to the near billion-dollar sale of his tequila brand, Casamigos. Similarly, last year, the Ryan Reynolds-backed gin brand Aviation sold for about $610 million. If you can pour a bit of your wealth into a liquor company and come out nine figures richer, why wouldn’t you?

Mariah Carey is certainly on board. Yesterday, she turned to Twitter to make a big announcement with limited details: “Introducing BLACK IRISH,” she tweeted. “Two years in the making. Truly a cause for celebration!!!” The tagline borrows a lyric from her 2005 song, “It’s Like That.”

Black Irish, which officially launched in stores nationwide yesterday, arrives in three varieties: Original, White Chocolate, and Salted Caramel — all of which are 17 percent ABV. The brand states that these Irish creams are “crafted and produced in Ireland in a certified sustainable facility — with 50 percent renewable energy,” resulting in a product that “celebrates exceptional quality with a blend of aged Irish whiskey and superior dairy sourced from Irish farms.” Additionally, “Black Irish White Chocolate uses the finest Belgian chocolate for a rich and smooth palate.”

And as for the name, Carey chose Black Irish as “a playful nod to her Black and Irish lineage”: Her father was of Black and Venezuelan descent, and her mother has an Irish background. The fact that the liqueur is itself an Irish cream feels like a bit of a “chicken or the egg situation” as far as which came first the name or the product, but the brand states that Carey is “a fan of Irish creams” and points to how well Irish cream pairs with her huge holiday hit, “All I Want for Christmas Is You.” “I have been putting my heart into this project for almost two years and I am so excited to finally share this news with you all,” Carey stated. “I wanted to create something that embodies the holidays and gives everyone a reason to celebrate year-round, and I really think we have done that with Black Irish.”