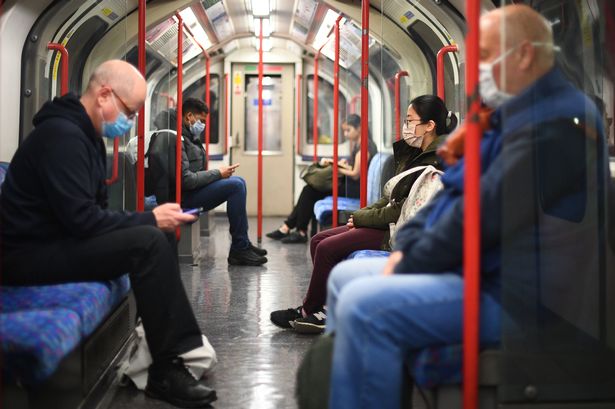 Man admits he loves the smell of the London Underground | MyLondon

If you’ve ever stepped on the Tube and taken in a deep breath to enjoy the scent, you aren’t alone.

One Redditor left users baffled after admitting he likes the smell of the London Underground this week.

He said: “I’m currently here on a “staycation” and I can’t help but really like the smell of the London Underground.

“I don’t know any smell similar to it. Surely I’m not alone in this?”

Some users agreed describing the smell as “kinda industrial, but also comforting” and “nostalgic”, while others tried to identify the smell, putting it down to “electrics, brake dust, grease”, and “hot soot”.

One user even replied: “That’s the smell of p*ss and faeces stewing in the warm temperatures.”

The comments quickly descended into the Amateur Transplants colourful parody of The Jam’s “Going Underground”.

“What you smell is what you get, Burger King p*ss and sweat,” one said.

For many Londoners riding the Underground for the first time is a distant childhood memory that has since been replaced with sweaty commutes, yet some Redditors said the smell had stayed with them.

Absent_Alan said: “Yes! I remember going on a school trip in about 2002 and the smell always stuck with me haha.”

LionLucy said: “I love it! Those gusts of hot sooty air suddenly blowing at you through hidden tunnels. The smell of my childhood!”

If the smell of the underground was hard enough to understand, a few users claimed to have a nose for different lines.

The Bakerloo line has a particularly greasy scent owing to the use of the Westinghouse airbrake, while Hammersmith and City line stations Goldhawk Road and Stamford Brook are “really distinctive”.

For the real Tube line smell enthusiast one Redditor recommended a visit to Russia where the Moscow Metro is “much more intense”.

So next time you get the tube, take a moment to flare your nostrils and bask in the stench of grease, dead skin, and urine, maybe you’ll end up on the train down memory lane.