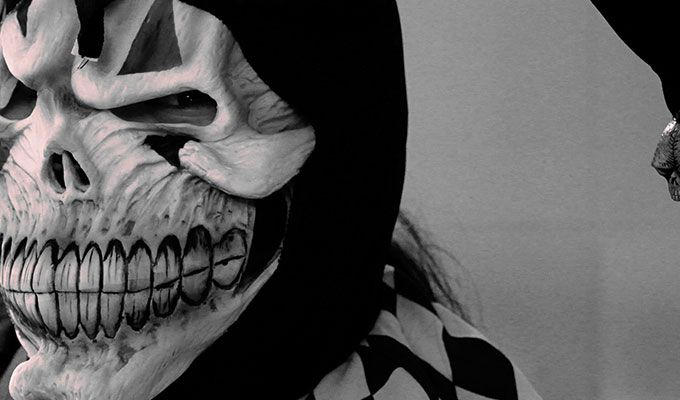 Losing Your Head; When a Sense Smells Like Teen Spirit | The Nanjinger

The five senses – sight, sound, taste, touch and smell were defined by Aristotle over 2000 years ago. But have you ever taken an extra step at the bottom of a flight of stairs? Your sight doesn’t tell you you’ve mis-stepped, neither does your sense of smell. The clumsy, over-weighted thump of your foot on the ground is a classic example of your sense of effort being overexerted. How about your feet? You may not be able to see them right now, as your eyes dance across this page, but you are fully aware of where they are, at the end of your ankles, down there by your calves. This is called the sense of proprioception, and it comes in very handy for not tripping over yourself or walking into furniture incessantly.

Some theorists estimate that there may be up to 32 different senses and certainly there is an evening of joviality in store should one decide to delve into that particular debate.

The truth is, just like a garden gone to seed, the brain has puzzled man since he became aware of its existence. Trepanning was a medical procedure in the middle ages, whereby a skilled surgeon would drill a hole in the patient’s skull to release the malignant humors within, thus restoring health.

In November 2017, Dr. Stefano Canavero an Italian doctor announced that he will soon perform the world’s first human head transplant in China because medical communities in the United States and Europe would not permit the controversial procedure, reported the South China Morning Post the following day. He proposes to do so by using an ultra-sharp diamond blade, cooling the brain to a deep state of hypothermia and 3-4 weeks of induced coma to facilitate communication. The surgery is expected to last up to 24 hours. With the surgery now scheduled for 2020, the idea of plopping a head, with its brain and four of the five sensory organs onto a different body sent my synapses spinning.

Recently, I washed my hands in Kathmandu. I am 38 years old, thundering towards 39 and yet suddenly, as I pumped the squirter on the bottle of Dettol hand soap on the side of the washbasin, I was six again, in my grandmother’s house, with the washing machine downstairs hitting the C-sharp of the spin-cycle peak, and the soft drone of the Shipping News on the Radio, just before the long beep that signified the moment my churning stomach had been waiting for; lunchtime. Back in Kathmandu, my mouth watered, though it is not the smell of the soap I wished to eat, and it has been many a year since I have had the pleasure of one of my Grandmother’s hot dinners served up to me.

And all the same, the smell of gravy is right there on the tip of my nose, in the bathroom of Kathmandu, and I am six and my nails are bitten down to the elbows and one sock down around my ankle and lunch is about to be dished up. I cannot tell you which sense, in that precise moment, was most anchoring me to that moment. Perhaps a combination of senses, working together. It is common enough not to be noteworthy, but when the senses whisk us away on a memory, it can oftentimes feel as real as it did in its original unfolding. A song can drag you back out on the dancefloor, the whiff of a particular cocktail may activate your best chicken neck impression, the tickle of a strand of hair across the back of your neck that makes you leap about and flail your arms to squash that imaginary spider. We’ve all been there.

Two senses perceived simultaneously is known as “synesthesia”, from the Greek “joined sensations”. It is the opposite of anesthesia, “no feeling”, but comes from the same root. So, you can see coloured words or hear tasty sounds. It may be inherited, though the type of sense combination may vary from one family member to another.

The most common form is called “coloured sequenced synesthesia,” or chromesthesia, when graphemes (numbers, letters, weekdays, etc.) are perceived as having a colour of their own, so the letter A might be sparkly bubblegum pink, whilst the letter Z may be gutter grey. In many cases, synesthetes also describe graphemes as having personalities, so weekdays might be fatter and grumpier than the lithe and blithe weekend, or one (the number) might smell like rose, whilst 1 (the numeral) may smell like toilet cleaner. Some synesthetes describe a combination of sensations which makes the synesthetic experience so hard to describe – One 1 may be rosy-toilet cleaner scented for a synesthete, and the A-Z Guide of London is perceived as a splattered swirling splodge of all of the colours associated with each letter.

By contrast, the sound units of language, phonemes, trigger synesthetic tastes. For example, for James, the word ‘college’ taste like sausage, as does ‘message’ and similar words with the “edge” ending sound. That may sound like fun, but just like Bertie Botts every flavor Bean, some words may have unpleasant tastes associated with them, literally.

It is estimated that 4 percent of the general population have synesthesia. However, it is difficult to know exact numbers, as synesthetes do not always realise that their super senses are not the norm. Synesthetes do not typically realise that they perceive the world differently to others until they are older. Charlotte remembers “hearing a door slam and saying to my parents, “Wow, that was really bright white!” That was the moment I realised not everyone sees sounds.” She was nine years old. Another synesthete reports discovering her super senses in her first year at University!

Having one type of synesthesia, such as coloured hearing, gives you a 50% chance of having a second, third or fourth type. (“What colour is Tuesday?” Richard E. Cytowic)

Synesthesia is a trait, like having blue eyes, because it is not an impairment or disorder. There is nothing wrong with the person who can hear colours. Synesthetes may have exceptional recall capabilities, for example. Hyperconnected brain neurons allow for faster, broader recall from long term memory.

Although difficult to diagnose, synesthetes do share certain characteristics. The perception of mixed senses is involuntary, it requires no thought on the behalf of the lucky benefactor of the super-connected brain. Synesthetes also describe the mixed sense perception as something that is experienced rather than imagined. Once established in childhood, pairings remain fixed for life, so the if the number three is a silly girl for a synesthete and four is a patient grandma, then these associations will remain so for life.

In a way, synesthesia is like living in a constant metaphor- seeing the similar in the dissimilar. Vladimir Nabokov, Billy Joel and Lady Gaga are all synesthetes.

Many researchers are interested in synesthesia because it may reveal something about human consciousness. One of the biggest mysteries in the study of consciousness is what is called the “binding problem.” Barry C Smith, who heads up the Centre for the Study of the Senses at University of London explains, “No one knows how we bind all of our perceptions together into one complete whole. For example, when you hold a flower, you see the colors, you see its shape, you smell its scent, and you feel its texture. Your brain manages to bind all of these perceptions together into one concept of a flower.”Synesthetes might have additional perceptions that add to their concept of a flower. Studying these perceptions may someday help us understand how we perceive our world. (Livescience https://www.livescience.com/1141-insight-people-taste-words.html)

Really, when you think about it, all memory is synesthetic. How many times have you heard a song and have it whisk you back to a time or place as vividly as if your feet were suddenly standing on the same spot where first you heard it? Or a smell that returns you to your six-year-old self, full of the same emotions and dreams and fears?

We do not know where memory lives in this bag of bones and meat. We cannot imagine which combination of senses creates the alchemy needed to revisit our past for a heartbeat. How many times have we wished to be able to do so, if only for a second? The answer is inside you, somewhere between the head and the body. It’s in the colour of your heartbeams.

Source: Losing Your Head; When a Sense Smells Like Teen Spirit | The Nanjinger