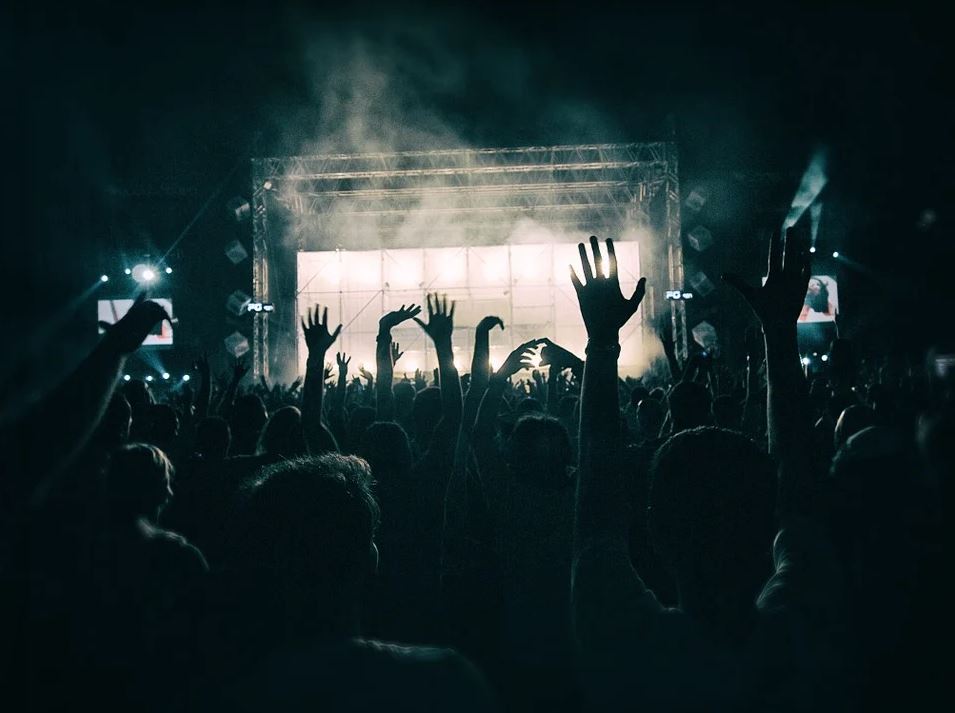 Thirty-four years ago, I opened my first live music joint in New York, called the Knitting Factory — joining a scene of tightly packed clubs including CBGB, The Pyramid, 8BC, the Fives, the World, the Limelight, the Ritz, Irving, Tramps, Brownies and so many more. It was a time of HIV and many communicable diseases. In the pre-Giuliani 1980s, homeless people shared the streets with crack and hypodermic needles. Downtown had music and art flowing from almost every block. Though of course it had its downsides, in many ways it was vivacious and exciting era, with artists here creating culture that spread around the globe.

I’ll admit that when I opened the Knit, I crammed people in and didn’t really care about occupancy restrictions. In fact, in a space of 2,000 square feet for which I paid $1,800 a month, I could squeeze 300 bodies in to share each other’s breath, sweat, germs and viruses for a sold-out John Zorn or Violent Femmes concert. (Oy, come to think of it, the only thing close today is a Trump rally.)

Over time, we got our permits in order, working with the Department of Buildings and other city agencies to make our venue safer.

This week, I opened my fifth space in the city, our new City Winery flagship. It’s 32,000 square feet, with a lease I signed pre-COVID at 124 times the rent I paid back in 1986. Our legal pre-COVID occupancy is just under 1,000 people for the entire facility, with 400 in our main concert space. We aim to have live music; we will also serve food and drinks.

Now, like other restaurants in the city, we can legally have 25% of that maximum capacity in our rooms, including 100 people sitting safely at a distance from our empty stage.

I’m not complaining about that part. We have MERV-13 air filters, high ceilings, open doors for fresh air and all the safety protocols you would expect for our guests and staff. We stagger arrival times so that we have minimal or no lines. We’ve learned a lot of lessons from our City Winery locations in seven other cities and developed best practices, including putting as many of our tables outside as possible, when possible.

But we still can’t do what we really know how to do: put on a show. People can sit down and hear recorded music, but they can’t have a musician produce something real and dynamic and beautiful and inimitable in real time.

In an effort to control the pandemic, New York State is not allowing any live shows that sell a ticket or allow marketing to draw an audience — including seated, socially distant audiences. The state’s guidance says that only “incidental” music is allowed, defined as no tickets, no marketing or telling people who will perform.

Thus, if Bruce Springsteen or Billy Joel were to jump on our stage unannounced, that would be fine, but we can’t sell a single ticket. Now, those two established artists might not need to perform right now in order to support themselves and their families, but what about the thousands of lesser-known artists who are also being unfairly restricted from working? Why can’t our 100 diners sitting in those exact same socially distant seats pay to see their favorite artists and help the only revenue stream available to most musicians?

This is not a 2,000-person Chainsmokers concert in the Hamptons, but 100-seats in a very controlled environment. It’s much closer to the Flaming Lips performing in bubbles, with the audience in bubbles, too.

Our facility and protocols are just as safe as, if not safer than going to Walgreens, to Whole Foods or to any of our fellow restaurants trying to survive.

The real question for Gov. Cuomo, Mayor de Blasio and the other so-called progressives making the rules is this: Is live culture — music, comedy, theater, dance — that low on our societal hierarchy of needs? Is that not what has made New York special since P.T. Barnum started putting on shows down at the Bowery?

Locking down our sensory indulging of sight, sound, smell, taste, touch is adding to our COVID fatigue, a sensory deprivation that has real psychological consequences. There is a much smarter and safe balancing act. I would think our local leaders would not be penalizing the artistic community in New York and allow live music as they have in other cultural capitals around this country and the world.

The restrictions being enforced are discriminatory, short-sighted and detrimental to the smart re-opening of essential services in our community. Society needs the living arts. New York City in particular needs them. Live music is not incidental but essential to our city’s survival and safe re-opening. And right now, live music is dying.

Dorf is founder and CEO of City Winery.