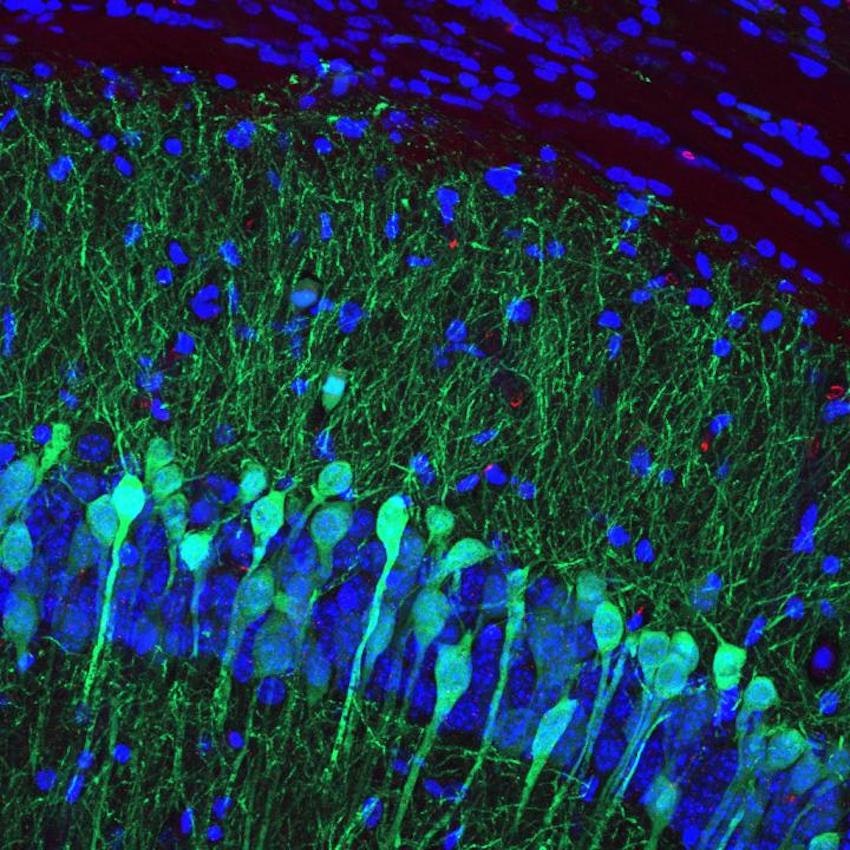 This image isn’t one of paint, it’s of pyramidal cells in a mouse prelimbic cortex (shown in blue) that were active during the formation of a discrete memory (shown in green).

The peek inside a mouse brain is giving researchers insight into the role of smell in memory processing, and whether specific scents trigger a memory of a past experience.

Senior author, neuroscientist Steve Ramirez, and members of his lab from Boston University created fear memories in mice by giving them a series of harmless but startling electric shocks inside a special container.

During the shocks, half the mice were exposed to the scent of almond extract, while the other half were not exposed to any scent.

The next day, both groups were exposed to the same condition but without any electric shocks but their responses in the hippocampal brain region indicated they remembered them.

Then, 20 days later, the researchers were in for a shock of their own.

As expected, in the no-odour group, processing of the fear memory had shifted to the prefrontal cortex. But when the odour group was exposed to almond extract, they still had significant brain activity in the hippocampus.

“[This finding suggests] that we can bias the hippocampus to come back online at a time point when we wouldn’t expect it to be online anymore because the memory is too old,” Ramirez says. “Odour can act as a cue to reinvigorate or reenergise that memory with detail.”

He adds that studies are still needed to pinpoint smell’s exact role.

The full study is published in the journal Learning and Memory.