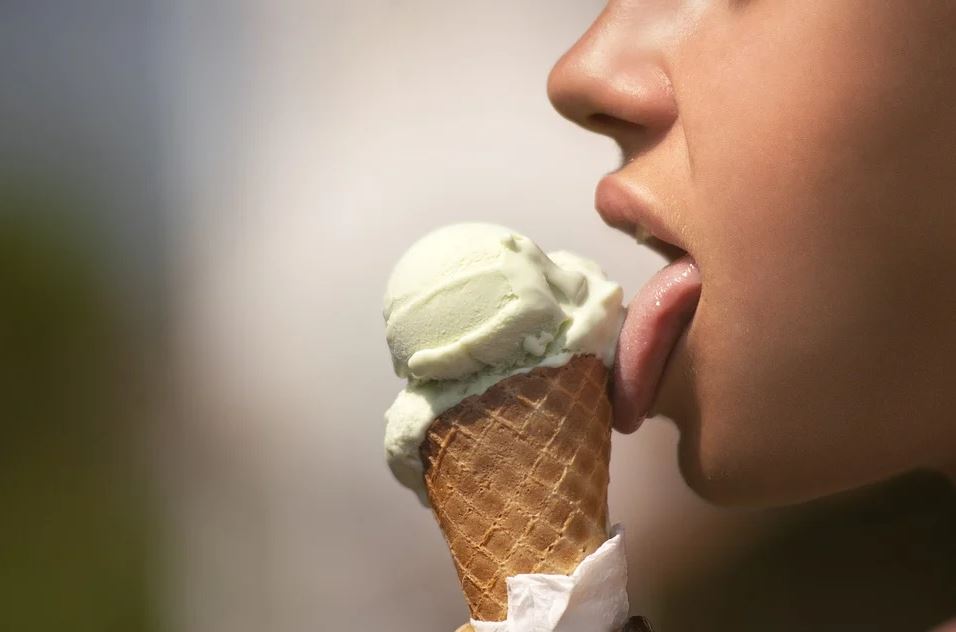 This study documents an unusual case of developmental synaesthesia, in which speech sounds induce an involuntary sensation of taste that is subjectively located in the mouth. JIW shows a highly structured, non-random relationship between particular combinations of phonemes (rather than graphemes) and the resultant taste, and this is influenced by a number of fine-grained phonemic properties (e.g. allophony, phoneme ordering). The synaesthesia is not found for environmental sounds. The synaesthesia, in its current form, is likely to have originated during vocabulary acquisition, since it is guided by learned linguistic and conceptual knowledge. The phonemes that trigger a given taste tend to also appear in the name of the corresponding foodstuff (e.g. /I/, /n/ and /s/ can trigger a taste of mince /mIns/) and there is often a semantic association between the triggering word and taste (e.g. the word blue tastes “inky”). The results suggest that synaesthesia does not simply reflect innate connections from one perceptual system to another, but that it can be mediated and/or influenced by a symbolic/conceptual level of representation.

The smells are very strong on ‘Game of Thrones’: the incense, the fire, the heat of all the burns. The smell of Lancel’s Faith Militant cloth is very thick in my nostrils right now. And I think the warmth of it all: the hard work ethics, the ambiance, the temperature of the set. There are so many sensory memories of it, which will never leave me.