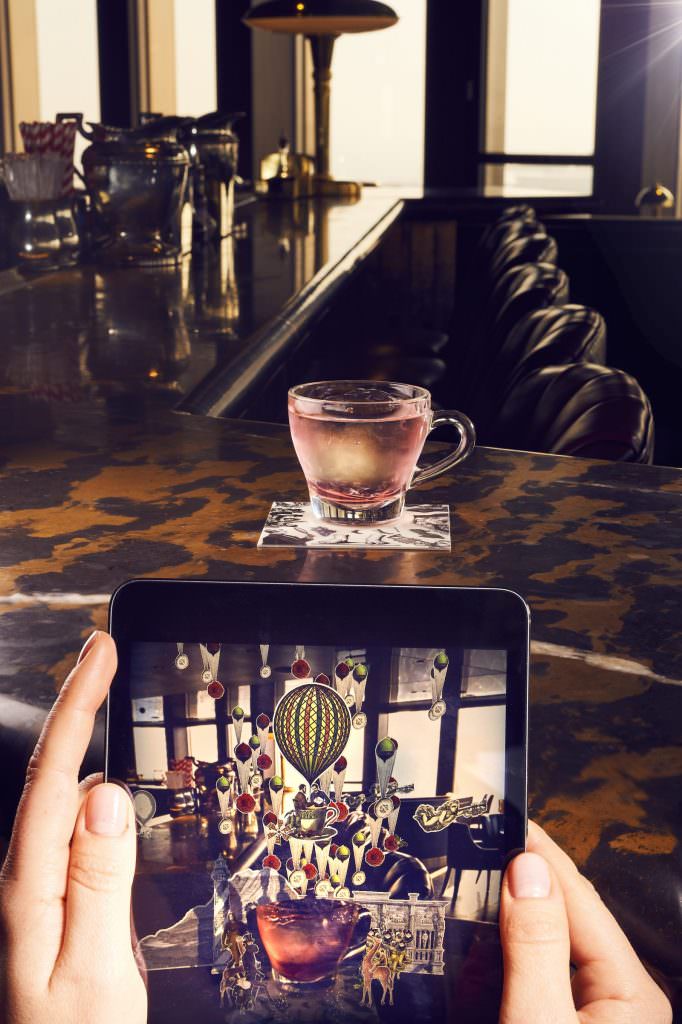 The London based establishment have taken the cocktail list into a new realm with the use of a purpose-built app, created by Mustard Design.

The new technology, which is set to revolutionize the way we consume cocktails, comes into use once guests are presented with a cocktail that appears to be completely normal.

Yet once the app is pointed in the direction of the drink, augmented reality technology alters the user’s perception of the cocktail and brings both drinks and it’s surroundings to life.

The brains behind the idea are Group Bar Executive of The Social Company, Jamie Jones, and City Social Bar Manager, Tim Laferla.

The two are passionate art lovers and so comes the inspiration behind the list of cocktails. “Art through the ages” is the prevailing theme here, with each drink taking its character from different artist or point in time.