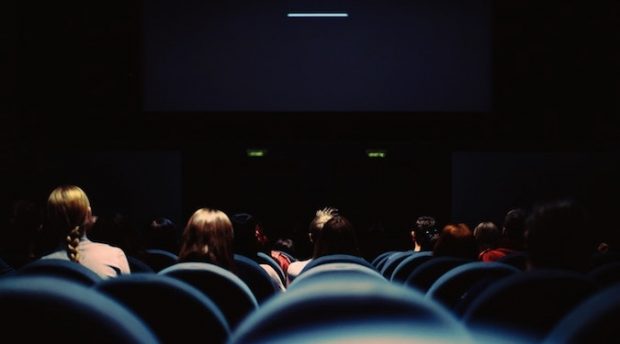 Marketing speaks with immersive film maker and Wired for Wonder speaker Karen Palmer about the future of media consumption and films that watch you back.

Picture a night on the couch, reading a magazine, watching a movie, playing a video game – a departure from your conscious surroundings, an escape. This is a case of your entering the realm of media, being lost in another ‘dimension’, as Karen Palmer would put it; but what if the media were to enter your world?

Palmer has had a career beyond concise description. She started directing music videos and TV commercials over a decade ago, when she began to wonder about the influence of her work, “I was very aware of how media influenced the observer, and I wanted to figure out a way of how I could easily enable media to empower and turn people from observers into participants through film and technology.”

Since, she has embarked on a mission of discovery, teasing apart the relationship between watcher and watched. Having worked with behavioral psychologists and neuroscientists, employing artificial intelligence (AI), machine learning, EEG (electroencephalography) and facial recognition – Palmer created The Color, “a film that watches you back.” Reading the observer’s facial cues, The Color takes a number of predetermined narrative paths depending on the ‘watcher’s’ reaction.

Palmer has worked on numerous other projects exploring the way people interact with media, and how this might change going forward. Marketing caught up with Palmer to discuss the science behind brain hacking, reflective media, why she left traditional media and the future of immersive platforms.

Marketing: What is ‘brain hacking’? 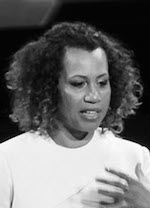 Karen Palmer: Traditionally with media, you tend to switch it on and then you switch off. I want people to switch my work on and tune into themselves. As opposed to projecting images through media that may be quite seductive – like ‘sell’, ‘buy’, ‘do these things’ or ‘look at this lifestyle’ – I want media to be a reflection of who they are so it becomes like a loop.

In that way, the process is: once they’ve become aware of what happened and they change their actions, they’re building new neurological pathways in their brain. In a way, the experience has hacked their brain by revealing to them their emotional state.

I did a project called Syncself, where you watched a film with an EEG headset on, and the film responded to your level of focus – it was teaching you how to become more focused. In a way, it was hacking you to reveal your emotions, the film acting as a feedback loop. We called that project Syncself because once you become aware and conscious, you could then change your behavior. I kind of equated it to a person being a mobile device, where your operating system is sort of a belief system, so you’re kind of downloading a new update.

In essence, you’re in control of hacking your brain, not somebody else. You can pretty much recalibrate yourself through media.

As we move into an age of blurring the lines between media and reality, do you see reflective media projects like yours having a similar influence as platforms like VR (virtual reality) and AR (augmented reality)?

Yeah. So these things go through trends.

A few years ago it was called immersive media, last year I started to hear the term ‘sensory storytelling’. VR is traditionally about entering a different world  entirely. My work is more about staying in this world, with the film occupying your space. So once my film disappears, you don’t have to return to your own world, because you’re already there. You’re more awakened, more aware of how you’re interacting in this dimension of reality.

Storytelling, as it evolves, is going to impact us neurologically in unprecedented ways. Before we called it storytelling, but now I think we should refer to it as experience, where we are the center and we are the controller. Whether it’s with my work, your brain, your mind or emotions, it’s our interpretation of reality that is going to be affected and influenced. When you go into VR, neurologically speaking, your brain cannot decipher the difference between VR and reality. That’s why it’s hard if you stay in there for a long time, you have to recalibrate yourself when you come out.

We have to be very clear with what we’re doing in these experiences. If we’re just being sensationalists, making cool stuff, that’s nice, but how are we affecting the participant? My kind of reflective media is one interpretation of it, I’m sure other people are going to come up with other ways of creating reflective media which will be very different and very unique. But I absolutely think there’s going to be a whole new trend of immersive storytelling that’s going to affect people neurologically in ways that we can’t even imagine now.

Why did you decide to leave traditional media?

I began to see how my work could influence people. I’d make a music video, for example, and then see people walking around in the clothes we featured. I became aware of the power of it. So I wondered how I could use this same tool to empower the participant as opposed to merely selling them something.

Since your departure from the world of mainstream marketing, have you learned anything you’d like to pass on to the industry now?

In some context, there are elements of marketing in what I do. But in terms of traditional marketing, I would just urge people to listen to their hearts, in terms of what they’re doing with their craft. That’s it, if you do that, you can’t really be steered wrong.

Is there a way for you to make lots of money but also create something which is moral and positive and impactful? I believe there are many ways to do this. Start from the premise of ‘what are you doing and why are you doing it?’

Karen Palmer will be speaking on immersive media at the Commonwealth Bank’s Wired For Wonder event, an eye opening event in Melbourne on 11 September and in Sydney on 13 September.