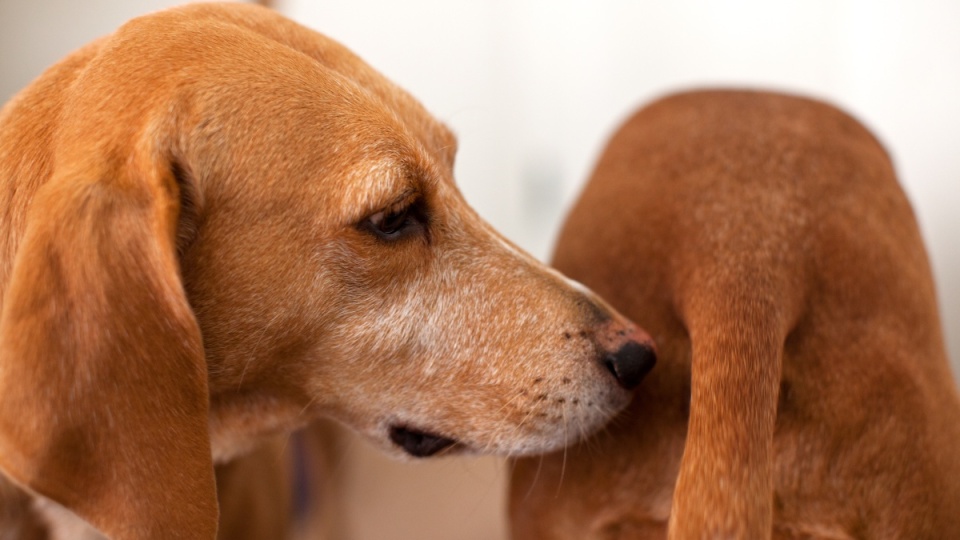 Just like dogs, we choose our friends with our nose | The New Daily

Dog owners do a lot of smiling. Especially when their little friend sniffs the bottom of another dog in the street.

The pups will tend to spring apart or linger in a way that says “I’m your friend”.

Well, a new study from the Weizmann Institute of Science in Israel suggests that humans make friends in much the same way.

There’s no overt bottom-smelling, but the researchers say that people have a tendency “to form friendships with individuals who have a similar body odour”.

Most of us tend to think that the vibe or a person’s looks explain why we immediately ‘click’ with certain people, and not with others.

But the researchers say that having the same body odour signature may be the more powerful driver of clicking with a stranger.

The researchers say odour is a reliable predictor of “the quality of social interactions between complete strangers” – a claim supported by experiments with an electronic nose, or eNose”.

An eNose is a device that mimics the human olfactory system using artificial intelligence machine learning and an array of gas sensors to identify the chemical signature of odours.

The growing sophistication of the electronic nose is proving useful to food processing (identifying meat that’s on the turn), environmental health (detecting poisonous gases) and diagnosing disease (dogs can sniff out cancer, why not robots?).

It’s also starting to confirm what scientists have been suggesting for decades – that the sense of smell plays a significant part in social bonding and establishing kinship.

“Humans, like other mammals, are capable of discriminating between kin and non-kin by olfactory cues alone. Shortly after birth, breastfed infants become familiar with, and respond preferentially to, their mother’s unique odour signature.

An experiment with biological and step siblings

In 2001, psychologist James Gall of Wayne State University, Detroit, compared members of families “in which both blood relatives and stepchildren lived, to see if the genetic link made a difference” in identifying one another using smell alone.

The researchers recruited 34 pairs of siblings aged four to 11 – 13 full siblings, 10 half siblings and 11 stepsiblings.

Each pair of siblings had lived in the same home with their parents for at least the last two years.

The children were given a clean T-shirt which they wore for three nights in a row.

During the day, the shirts were sealed in plastic bags to protect them from household smells..

The children used the same unperfumed soap for the three days.

After three nights, the shirts were put into containers with a small opening. The mothers were given two shirts, in their containers. They took a sniff of each and reported which smell they preferred, and which shirt had been worn by her child.

Graduate student Inbal Ravreby, in Professor Noam Sobel’s laboratory in Weizmann’s Brain Sciences Department, hypothesized that people sniff each other out in social settings – but they don’t realise they’re doing it

Ms Ravreby cites a 2020 study titled ‘Are humans constantly but subconsciously smelling themselves?’

The researchers of that study argued that people smell themselves frequently via face-touching. When we’re rubbing our nose or lips, we’re subconsciously checking up on how we smell and how the world is contaminating us.

The researchers concluded that “human self-smelling (should) become a formal topic of investigation in the study of human social olfaction.

Ms Ravreby cites evidence that humans often subconsciously sniff other people – and she says they do so in order to identify people who smell similarly to themselves.

She says that “it’s known that people tend to become friends with others who are similar to themselves in appearance, background, values and even in measures such as brain activity”.

So why not smell?

Ms Ravreby set out to demonstrate that when “subconsciously sniffing themselves and others, people may be making subliminal comparisons, and that they may then gravitate toward those whose smell is similar to their own”.

Ms Ravreby recruited 20 pairs of click friends (half males, half females),  aged between 22 and 39. These were “same-sex non-romantic friends whose friendships had originally formed very rapidly”.

Because such friendships emerge prior to an in-depth acquaintance, she argued, “they may be particularly influenced by physiological traits such as body odour”.

Prior to the experiment the participants were askedto avoid spicy foods and sleep away from partners and pets.

She then ran experiments to compare these samples with those collected from random pairs of individuals.

In one set of experiments, she performed the comparison using the eNose, which assessed the chemical signatures of the odours.

In the other, she asked volunteers to smell the two groups of body odour samples. Could human perception pick up similarities in these samples?

In these experiments, the click friends “were found to smell significantly more like each other than did the individuals in the random pairs”.

Smell as a predictor

To address this issue, an eNose was used to ‘smell’ 17 volunteers who were complete strangers to one another.

The stranger volunteers then each interacted with another in a test called the ‘Mirror Game’.

This required them to stand half a metre apart – close enough to subconsciously smell each other – while mimicking each other’s hand movements for two minutes, without talking to one other.

The strangers were then asked to rate how much they liked the other person and how likely was it that they might become friends.

The eNose analysis showed that the individuals who liked one another also smelled more like one other.

When the eNose was further analysed with statistic modelling, the researchers found they were able to predict with 71 percent accuracy which two individuals would like one another.

“This is not to say that we act like goats or shrews – humans likely rely on other, far more dominant cues in their social decision-making.

“Nevertheless, our study’s results do suggest that our nose plays a bigger role than previously thought in our choice of friends”

Source: Just like dogs, we choose our friends with our nose