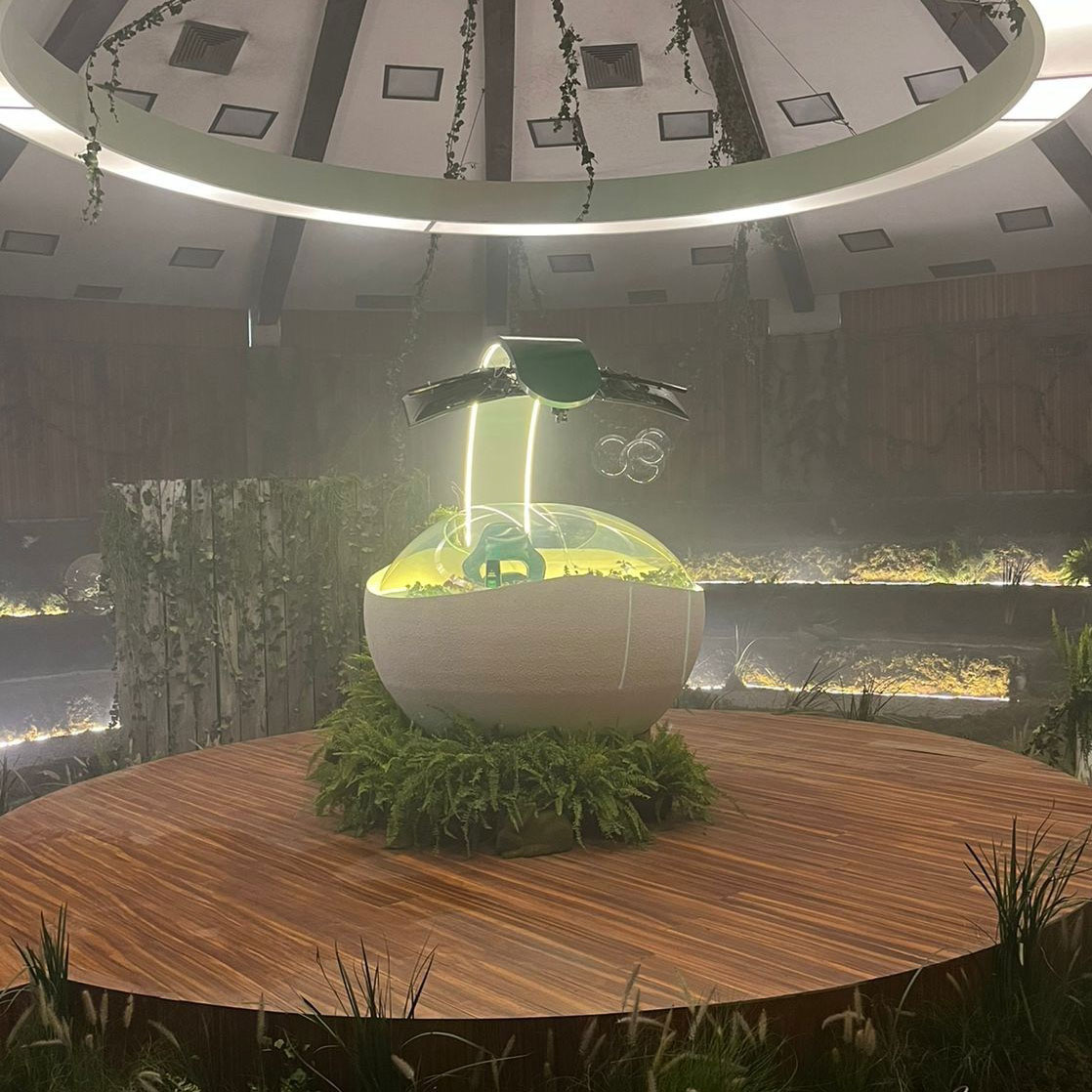 By msensory team06/05/2022No Comments
Sometimes, hardcore gamers get funky. And you KNOW what we’re talking about … B.O.! They play for hours on end, days sometimes, barely stirring from their chairs, sweating like maniacs, controllers seemingly glued to their hands, clothes soaked with the sweat of pixelated combat.

And yet, the stank’s so rank. Can nothing be done? Won’t some CPG brand—a maker of deodorant soap, perhaps—slosh in and save the day?

Of course, it will. In fact, it already has.

The thing’s more of a bathtub/terrarium hybrid—it looks like a drippy UFO—and FaZe gamely lathered up, playing his heart out and chatting with fans while the oddball aqua-tech (loaded with branded body wash) did its sudsy thing.

The clip below, which shares a vibe with the brand’s 2022 Super Bowl spot, explains the pungent project, designed to reinforce Irish Spring’s appeal with gamers in general—but mostly malodorous men.

And here’s a half-hour deep-dive into the splashy stunt as FaZe lathers up.

“I’ve grown up using Irish Spring all my life, so for this to come full circle and work with them has been so cool,” FaZe says in this Nerds and Beyond interview. “They reached out they said they wanted to get into gaming because one in five gamers have admitted to skipping a shower—I won’t mention names, but you know who you are—just so they didn’t have to put the controller down. That’s when I knew this was the perfect fit for me.”

He continues: “I literally had no idea where I was going or what to expect when I was invited to be the first person to experience the ‘Nice-Smelling Gaming Shower.’ The first part of the space I walked through was a classic stinky gamer’s room—old food on the floor, and dirty clothes everywhere. The smell reminded me of those long nights grinding the newest Call of Duty that just got released. When I left that room, the space really opened up and had a ton of greenery and fresh smells in the air leading me to the gaming shower.”

Muse: What was the inspiration here? Perhaps it was more like perspiration?

Kevin Jordan-Deen: We’re living in a society that loves video games. Nearly 40 percent of the world’s population plays, and that doubles for Gen-Z and millennials, with nearly 80 percent identifying as gamers. But serious gaming can mean hours in front of the TV, skipping personal care to beat a boss. In fact, one in five gamers have admitted to skipping a shower so they don’t have to unplug. And as the brand that’s all about nice smells, we knew we had to do something.

Fede Garcia: Irish Spring is a 50-year-old legacy brand that needed to re-introduce itself to zillennials. The biggest challenge was to talk to an audience about soap, when one in five gamers have admitted to skipping a shower so they don’t have to unplug. As we like to say, they rather take an L—stay in the game, and even lose—than a shower.

Why partner with FaZe for the livestream?

Jordan-Deen: FaZe Clan sits at the intersection of gaming and culture, and FaZe Santana was a no-brainer for Irish Spring. FaZe has been using Irish Spring since he was young, so he was already a fan of the brand. He also has an infectious energy that he brought to the live Twitch unveiling.

So, the shower. Give me all the specs.

Jordan-Deen: Part terrarium, part shower pod, the “Irish Spring Nice-Smelling Gaming Shower” features a transparent plexiglass exterior, showcasing vegetation from the magical word of Irish Spring. Within the pod sits a classic gamer’s chair, from which FaZe Santana streamed. The shower itself operates on a 20– to 30-minute cycle, including a rinse, lather with Irish Spring Body Wash and massage.

What was the reaction from the gamer community?

Jordan-Deen: The community has responded extremely positively, and nothing demonstrates that better than how many views we received and the number of people chatting in real time about the shower. The chat was engaged throughout the entire stream leading into the reveal, first building intrigue and curiosity through speculative conversation, then ultimately showing immense excitement at the first sight of the first-ever gaming shower.

VR Use in Gaming Has Medical Researchers’ Attention