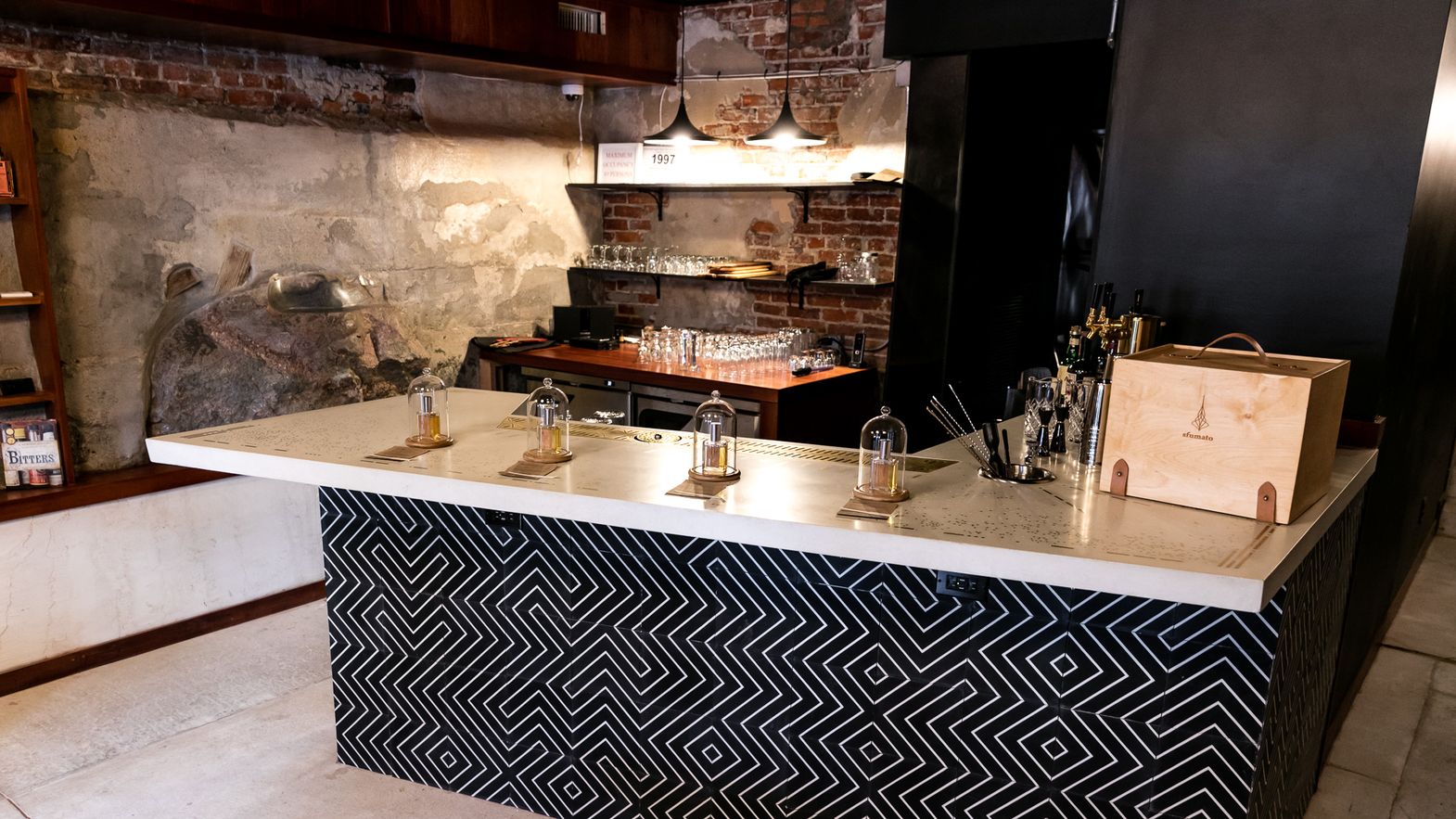 It was roughly three years ago when husband and wife team Kevin Peterson and Jane Larson, owners of Detroit-based custom fragrance company Sfumato, began toying with the idea of enhancing flavors with scents. The experiment turned into series of dinners pairing courses with fragrances and then a pop-up at a local cocktail bar blending perfumes with drinks.

During each subsequent event, the couple was surprised by how many people were interested in taking home a Sfumato fragrance after experiencing it in the form of a cocktail. “It was a way for people to experience scent in a new way,” Larson says. Now, starting on March 21, people in Detroit will have a way to sip scented cocktails year-round as Sfumato debuts its new sister cocktail lounge Castalia inside its compact Midtown storefront.

Named after a fountain from Greek mythology where poets and artists would go to drink its waters and find inspiration, Castalia is a growing trend in bars that serve scented cocktails. Sfumato also currently supplies fragrances to several bars in the Detroit area including Bad Luck Bar and Wright & Company.

The bar shares a small, below-street-level space in Midtown with Sfumato and cleverly converts from daytime store to 18-seat evening lounge. Peterson and Larson worked with Ware MFG designer Paul Karas on the buildout, which features Honduran Mohagany built-in cabinets and tables as well as a concrete bar with patterned metallic inlays by Line Studio. The space also features some unique custom fixtures from terrarium makers Lead Head Glass that are made to look like alcohol, glass, and water molecules — the necessary ingredients for fragrances and cocktails.

Photographers Michelle and Chris Gerard took a tour of the space ahead of Castalia’s official opening. The bar is also planning several upcoming preview tastings. Take a peek inside the bar below, and head over to to Curbed for even more photos.

There’s no consciousness without senses and memories.