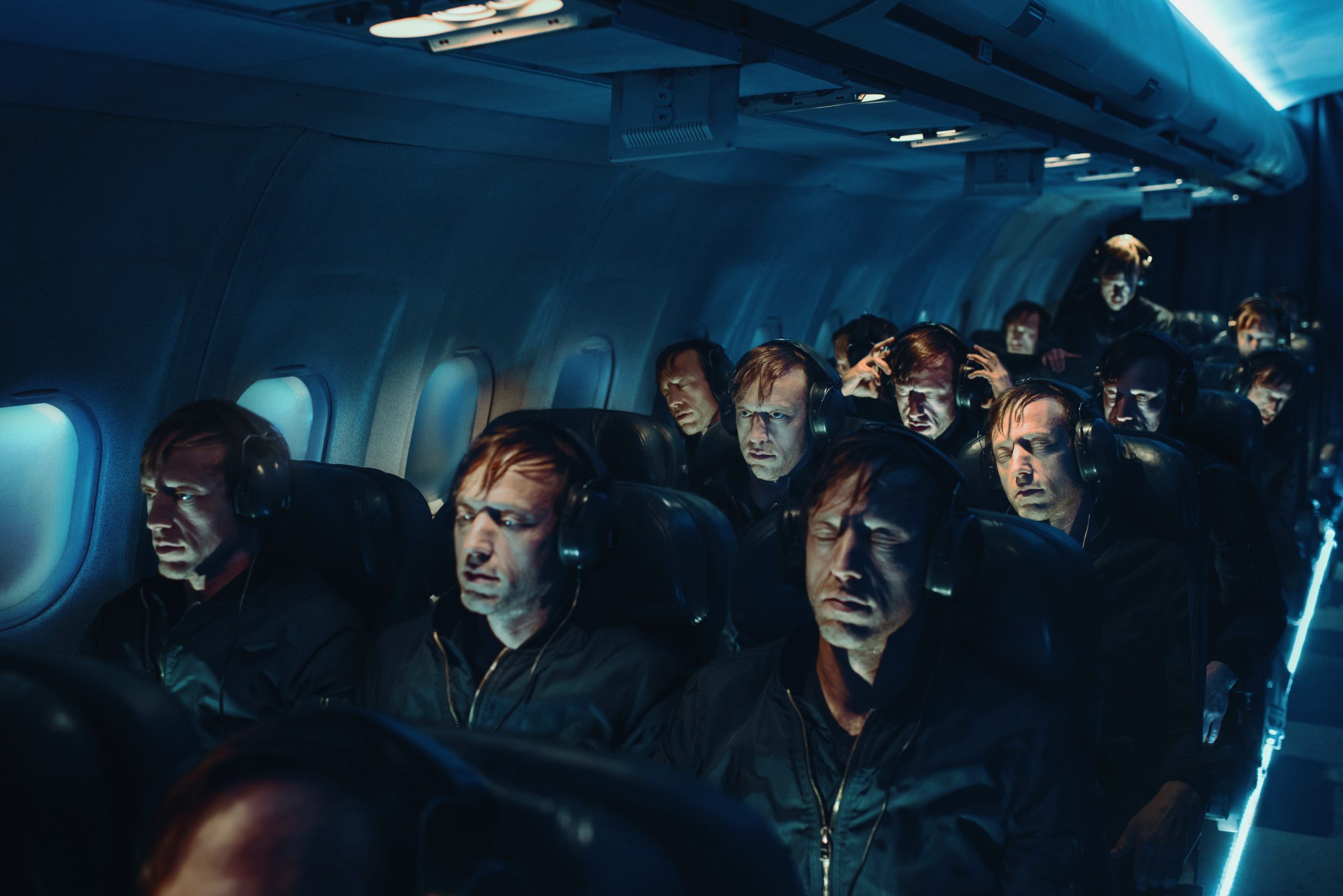 By msensory team01/06/2020No Comments
DARKFIELD’S ‘FLIGHT’ SHOW USES SOUND TO IMMERSE ITS AUDIENCE IN A ONE OF A KIND EXPERIENCE. PHOTO CREDIT: CREDIT MIHAELA BODLOVIC

Audio experience pioneer Darkfield is combining sound and darkness to create one of a kind immersive audio experiences unlike any other. Reece Webb dives into the world of Darkfield to learn more.

The word ‘immersive’ is thrown around a lot these days and is becoming a bit of buzzword for anything from a complex, multi-sensory installation to something as benign as a few speakers dotted around a room. The team at Darkfield, a self-described ‘sonic theme park’ aims to shine a light in the dark and lead the way in immersive audio experiences.

But what is it that makes Darkfield’s experience ‘immersive?’ Glen Neath, artistic director, Darkfield, explained: “People are attaching ‘immersive’ to everything, it’s sometimes used as a marketing buzzword. At Darkfield, we don’t think that we’re going to create an ‘immersive’ piece of work, we just make the work and people respond to it accordingly.”

Darkfield specialises in combining audio and sensory effects inside shipping container environments, providing a unique atmosphere and environment for audiences. To date, Darkfield has welcomed 165,000 audience members, selling out three shows at the Edinburgh festival shows runs, with touring shows across the UK, USA, Australia and Mexico.

Neath clarified: “We don’t write plays and then stage them. The experiences we create start in different ways and end up progressing in a very similar fashion. We start with darkness and sound, those are the two things that we focused on from the very beginning, this idea that the audience member is the centre of the piece in some way.

“Each of our three container shows start from a different premise, the first one began with a seating configuration, we asked how we could get 30 people into a container, what is the best way to put them in there? We decided to put them in there facing each other across a table, creating this idea of a séance.

“Our second show, ‘Flight’, began with a design idea from our artistic director, David Rosenberg, putting an aeroplane inside a container, fashioning a narrative around being on a plane but also not being on a plane, we’re very keen on the audience being unsure of the space that they’re actually in.”

“When you’re looking at a screen, there’s something between you and that screen, a kind of distancing. With audio, we don’t need to worry about that because we can speak with every audience member at the same time, intimately in everybody’s ears.” – Glean Neath, Darkfield

It isn’t just technology that makes Darkfield’s experiences work, despite playing a central role in the experience. A combination of technology, narrative and direction are integral to Darkfield’s brand of experience as Neath clarified: “There are many different elements to the shows and they are all treated equally. The technology that we use is a means of achieving the experience. We produced a show called ‘Ring’ – It took us a long time to come to the conclusion that the best thing to do with the technology was to hide it. We brought a bunch of people into a room, left them in there and everything was happening in the room around them.”

Binaural sound is a key technology used by Darkfield, creating a 3D stereo sound sensation to spark the audience’s imagination, with audio technology stimulating the senses and allowing the mind to fill in the gaps to create an experience that resonates with audiences by tapping into ‘loopholes’ in their own senses.

Neath: “With binaural sound, you can take the audience wherever you like, and have it feel very authentic. It’s a question of to what degree are you able to immerse your audience? When it came to the idea of making immersive theatre 12 years ago, ‘immersive theatre’ was a term that didn’t really exist.”

Making technology subtle is a key to Darkfield’s success, allowing audience members to suspend their disbelief and achieve a level of theatrical immersion. Neath commented: “The idea of being in this room and not realising that this technology is being used was really effective. Everybody in the room was responding to other events in the room, immersing the audience into the situation.

“With our second show, ‘Fiction’, whether they were ‘in’ a car or a forest, there was always something in between them and the experience. With a lot of immersive theatre, VR being a prime example, you may be in a fictional world that you can enjoy and appreciate being in, but you are always aware of being in it. We’re always playing around with this sensory space and messing around with the perception of what might be happening in that space and how those two elements work together.”

Exploring a new realm of theatrical experiences is of course a game of trial and error and Darkfield’s process is no exception, as Neath added: “The challenges that we face are similar to those in every form of theatre. Having a set of parameters and obstacles is useful; if you start with nothing, then it’s difficult to make something. You can see some challenges as obstacles, but you can also see them as springboards into making interesting work.”

Neath explained that a focus on an audio-led experience is what allows Darkfield to separate itself in an ever-more crowded marketplace: “We have used video before in shows like ‘Flight’ but being primarily audio led is a unique selling point for us. We believe that the destination of the experience comes from the imagination of the audience member. A book is probably the most immersive experience you can get, as you are inhabiting that world and creating it. The audio that we’re doing is much closer to that kind of experience than video.

“When you’re looking at a screen, there’s something between you and that screen, a kind of distancing. With audio, we don’t need to worry about that because we can speak with every audience member at the same time, intimately in everybody’s ears.”
Going forward, Darkfield aims to continue to innovate and use audio in exciting new ways, experimenting with emerging concepts to enhance the immersive experience and provide new ways to expand and explore narratives.

Neath: “We’ve started with the idea of using voice recognition, that could wind up as a different technology that we haven’t used yet and that will be another way of moving a story. You can use voice recognition to find out things about the audience that could prove to be very useful when it comes to moving the story along. We’re not talking about making lots of branch narratives but making sure that everybody feels listened to as if everyone in the room is making an impact on the story. We don’t do the same thing over and over again.Source: Immersive audio: The ‘sonic theme park’ taking audiences to new worlds