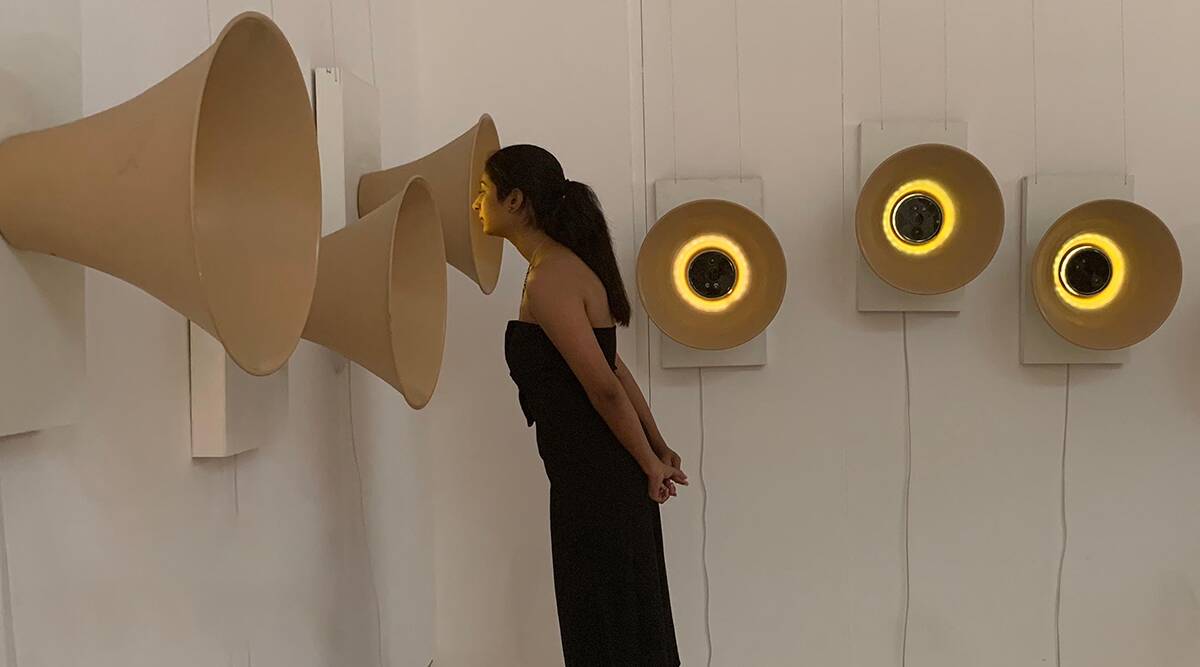 Kadambari Sahu has presented these installations in multiple forums and venues, including at Hyderabad’s State Art Gallery (2018) and Pratt Institute, Brooklyn (2019), Interaction ’18 (Lyon) and Interaction ’20 (Milan). (Photo: Sniffing out the Differences)

What if your sweat could tell you of your xenophobic thoughts? What if the government’s aim was to promote a multicultural society by eliminating the evils of polarisation? What if there was a medicine to actually help a patient get rid of prejudice? Even if this seems like an extreme future, it’s not without reason says new media designer Kadambari Sahu. This installation ‘Xeno 500’, is part of her larger project “Sniffing Out The Differences”. It’s won numerous international honours recently, including the DNA Paris Design Award, the German Design Award and the Red Dot Award. A panoply of multi-sensorial installations, Sahu and team brought together different stories around identity and memory in a connected world. Her collaborators included Gaurav Patekar, Sandeep Mulagapati, Archana Patil, Debanshu Bhaumik and Karan Dudeja.

Sahu, 32, narrates how her keen sense of smell has been legendary among friends and family, where she could tell if the food would go rancid in a few hours or there was a rat in the room. In 2017, Prince Claus Fund and British Council called for project proposals for their ‘Contemporary Take, Beyond Cultural Heritage Programme’. Sahu figured she could use her olfactory sense to her advantage. “Smell is something you can’t describe through language, it’s the same with culture. Culture is very hard to describe but easy to understand, and so is identity. When people ask me ‘where are you from?’, it’s difficult to answer because work takes us to different cities and we make that city our home. That idea became my starting point in my first installation ‘Diversity is Us’ in 2018. With her team, she travelled to different cities and collated data, from demography to festivals, food and smells. So if from Nagpur they captured the smell of oranges, in Mumbai it was Ganesh Chaturti and modak. There were other cities too, including Jaipur, Agra, Ludhiana, Delhi and Bengaluru.

“I went back to my own memories and through my own lens and ethnographic identity, I created meta categories. Smell is the fastest route to memory. Our research included migration numbers, religions, languages, and we concluded that in every city, people are from diverse backgrounds and culture. There’s no one particular smell. So, we captured the essence of four different cities in four jars for the installation and the fifth bottle was a fusion of all four. To me, that is my identity,” says Sahu. 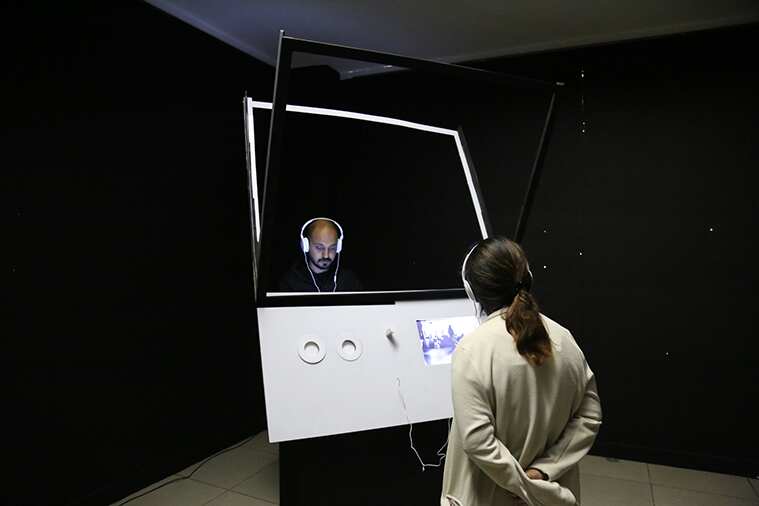 A panoply of multi-sensorial installations, Sahu and team brought together different stories around identity and memory in a connected world. (Photo: Sniffing out the Differences)

Sahu, who is Senior Vice President-Design at ValueLabs, Hyderabad, had an attar maker from Old Hyderabad make different perfumes, from biryani smells to gunpowder. The other installations – ‘Jallianwala Bagh’, ‘Identity Stories’, ‘Mir Abdul Attarwala’ and ‘Xeno 500’ – have individual stories to tell. Since the time she began her first story telling in 2017 till the lockdown this year, Sahu has presented these installations in multiple forums and venues, including at Hyderabad’s State Art Gallery (2018) and Pratt Institute, Brooklyn (2019), Interaction ’18 (Lyon) and Interaction ’20 (Milan).

For ‘Jallianwala Bagh’, Sahu visited Amritsar. And came away disappointed that the place didn’t carry the emotion or present how racism was a key factor in this story. Against the backdrop of #BlackLivesMatter, it drew curious visitors when she showed it in exhibitions and talks in Paris and Milan. “Like archaeologists who put artefacts into jars, we used props as memory triggers. We placed different jars within a brick-shaped well, symbolic of what existed on site. In them, we had wheat, since that day was Baisakhi, we had the sound of the dhol and festive songs playing. We had wooden toys in another jar, to indicate there were children too. One jar had the aroma of the earth, while the fourth had bullets and the smell of gun powder. We also had one with a chappal, a blood-stained cloth and we used the smell of tear gas. It literally gives you a kick in the stomach and we had a recorded sound of a child crying,” says Sahu.

The project is immersed in stories of people and places, of memories and emotions. What’s the emotion connected with Kerala banana chips? What does one equate with sandalwood? Is biryani about happiness? These questions find answers in the installation, ‘Identity Stories’, where the lives of two individuals, Supreethi and Vivek, are narrated through aromas. Through scent dispensers, visitors can hear their narration – of Supreethi’s childhood and Coorg’s coffee plantation, her grandmother’s ghee and summer holidays, of Vivek’s visits to Jain temples and sandalwood, of puchkas and Kolkata, and of motels and cigarette smoke. These olfactory interactions are meant to tell the visitor how identities and culture is more about inclusion than exclusion. 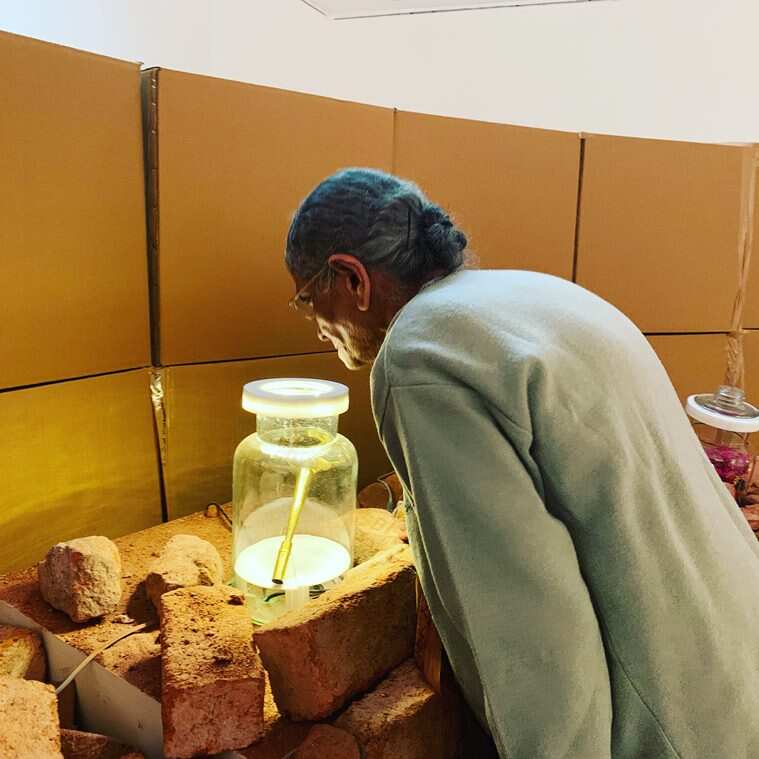 For ‘Jallianwala Bagh’, Sahu visited Amritsar. And came away disappointed that the place didn’t carry the emotion or present how racism was a key factor in this story. (Photo: Sniffing out the Differences)

Even in the installation ‘Mir Abdul Attarwala’, where the idea was to create a sense of empathy for war-torn Kashmir, it was through poetry, video, handcrafted boxes and aromas of apples and roses that Sahu told the story. “Through the technique of montage that’s used in cinema, where two different clips one after the other give a different meaning to the plot, we felt that sight, smell and auditory signals would take the narrative to a more nuanced place. In Berlin, we had been to the Holocaust Memorial and there between the undulating grey slabs, one feels trapped. It tells you how humanity can slip so low and why we need to keep it in check. We felt it was important to question, and that’s what each installation attempts to do,” she says.