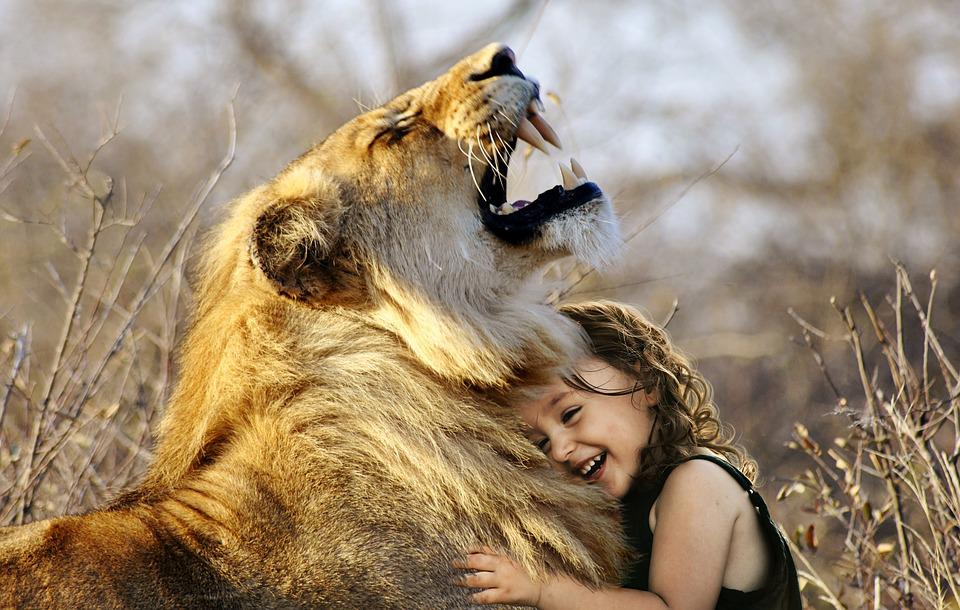 Humans have 5 senses, but there’s ‘An Immense World’ of experiences for animals | NPR

Ayesha Rascoe speaks with journalist Ed Yong about his new book, “An Immense World.” Yong looks at how animals use their senses to perceive the world in a radically different way than humans.

Sight, sound, smell, taste and touch – those are senses through which most humans experience the world. But a large swath of the animal world perceives the world in radically different ways, like fish that see through electroreceptors scattered throughout their bodies or fire-chasing beetles that can sense heat nearly 100 miles away through tiny sensors behind their middle legs. Science journalist Ed Yong gives us a glimpse into these wonders in his book “An Immense World: How Animal Senses Reveal The Hidden Realms Around Us.” He’s also a writer for The Atlantic, and he joins us now. Welcome.

ED YONG: Hi. Thanks for having me.

RASCOE: Under the concept of umwelt, which is German for environment, much of the book focuses on how animals see the world. I can say, like, before reading this book, I had never really thought about that.

YONG: Yeah, you’ve got it exactly right. Umwelt comes from the German word from environment, but it doesn’t mean the physical surroundings of a creature. It means its sensory world, the unique blend of sights and sounds and textures and other stimuli that it has access to. So, for example, there are rattlesnakes that can sense the infrared radiation given off by warm-blooded animal prey. Dolphins and bats can hear sounds that are much more high-pitched than what our ears can detect, and they make those sounds to perceive the world in the rebounding echoes. A lot of creatures perceive the world in a different way than we do. If all those animals were in the same room as me now – if somehow I had a rattlesnake and a dolphin and a bat and all the rest with me here – we would be existing in the same physical space, but we would all have a radically different experience of that shared reality.

RASCOE: What would your dog’s, like, umwelt be compared to, you know, your sense of the world?

YONG: Full of smell. When we walk down the street, there will always be moments when my dog Typo will grind to a halt and explore some super interesting patch of pavement that just looks completely nondescript to me. To him, it abounds with interesting scent – dogs that have walked past in the street before us. You know, he can sense, you know, people he knows round corners before I can see them arriving. And to him, these streets are constantly changing. They’re full of new information, even though, to my eyes, they seem constant and mundane.

RASCOE: I mean, that’s what I kind of got from reading the book. You write extensively about color. Can you talk a bit about that?

YONG: Yeah. So for us, a rainbow exists from red to violet. For some other animals, it’s even more limited. So for my dog Typo, it goes from yellows to blues with whites and grays in between. If you can see ultraviolet, as a bee can, then flowers look very different. A sunflower, rather than just being uniform yellow, has a vivid ultraviolet bullseye at its center that lures insects towards it. Fish – different species look identical, but some have markings on their face in ultraviolet that make it look like they have got running mascara. Birds see, you know, 100 times more colors, likely, than we can perceive.

RASCOE: You have a chapter on pain, and there’s still a lot of debate and research over whether certain animals or creatures can feel pain. Can you tell me more about that?

YONG: The questions about whether animals feel pain or not are, of course, of immense ethical importance. But just the nature of that question is limiting. It treats the answer as yes or no whereas, as we know from other senses, the animal world is incredibly varied and it’s very likely that a lot of other creatures, from fish to crustaceans, can feel a kind of pain that’s going to be different than what we experience, but still exists.

So consider squid and octopuses. These are two related creatures that both belong to the group of animals called cephalopods. But their experience of pain is very different. If you wound a squid on part of its body, it probably doesn’t know exactly where the injury is. It has this hypersensitivity that affects its entire body, which is weird, right? It’s like – it’s as if you stubbed your toe and suddenly, like, your arm or your head would hurt. An octopus – it seems to have an understanding of pain that is more localized. If it bruises one of its arms, it will caress and nuzzle that arm, much like I might caress a finger that’s burnt.

RASCOE: Do you think that that should change, like, human decisions?

YONG: Yeah, I think that there are many areas, actually, where trying to understand the umwelt of other creatures and trying to think about their senses would lead us to make better decisions. We talked about dogs and the way they smell. So many dog owners spend a lot of time yanking their dogs away from things that they’re sniffing. Owners treat walks as simply a means of exercise, but walks are also a means of exploration. And I think if you drag dogs away from using their primary sense, it affects their psychology. They become less happy, more anxious. The most dramatic example of this, where I talk about the problem of sensory pollution – we have flooded the world with light and with sound. They can be highly detrimental to a lot of other animals. They can drown out the sounds that they use to communicate. They can lure animals into traps, like, in – like, literally like moths to a flame. They can waylay migrating birds or, you know, distract swimming whales. We’re not used to thinking of these things as pollutants.

RASCOE: Was there anything that you were really surprised to learn when you were researching this book? And did you have maybe a couple of favorites that you really enjoyed, like, finding out more about?

YONG: Oh, I’ve got – I mean, I’ve got so many and it’s really hard to pick between them. There’s a whole chapter in the book about heat and animals’ experience about heat. You know, I held (ph) to this hibernating ground squirrel that simply doesn’t feel cold or hot in the – at the same temperatures that we feel cold or hot. You know, if I asked you the question, is ice cold? The answer would obviously be yes. But actually the answer is, well, no for some animals because their senses have calibrated their experience of hot and cold at very different thresholds, which is why, you know, a camel can exist in a baking desert and be fine or a penguin can exist in the middle of in the Antarctic and be fine.

RASCOE: To me, it seems like this is, in a way, very humbling for humans. And is that ultimately what you want readers to take away from this book?

YONG: Yeah, that’s one of several things, but it’s certainly core to it. It’s very easy to be narcissistic about our place as a species in this planet. But I think the idea that even we are only getting a very thin slice of what the animal kingdom as a whole perceives is a blow to that ego. I think it shows us that we are just one among many equals in the natural world. But I also hope that the book sparks curiosity to learn more about those sensory worlds. I hope it sparks a bit of empathy with our fellow creatures. You know, I think it is a profound act of empathy to try and put yourself in the perspective of someone or something else with a radically different experience of the world than you. And I think that’s a muscle we should try and build and flex more often.

RASCOE: Science journalist Ed Yong – his book “An Immense World” is out this week – thank you so much for joining us.

YONG: Thanks for having me.

Copyright © 2022 NPR. All rights reserved. Visit our website terms of use and permissions pages at www.npr.org for further information.

NPR transcripts are created on a rush deadline by an NPR contractor. This text may not be in its final form and may be updated or revised in the future. Accuracy and availability may vary. The authoritative record of NPR’s programming is the audio record.

Source: Humans have 5 senses, but there’s ‘An Immense World’ of experiences for animals