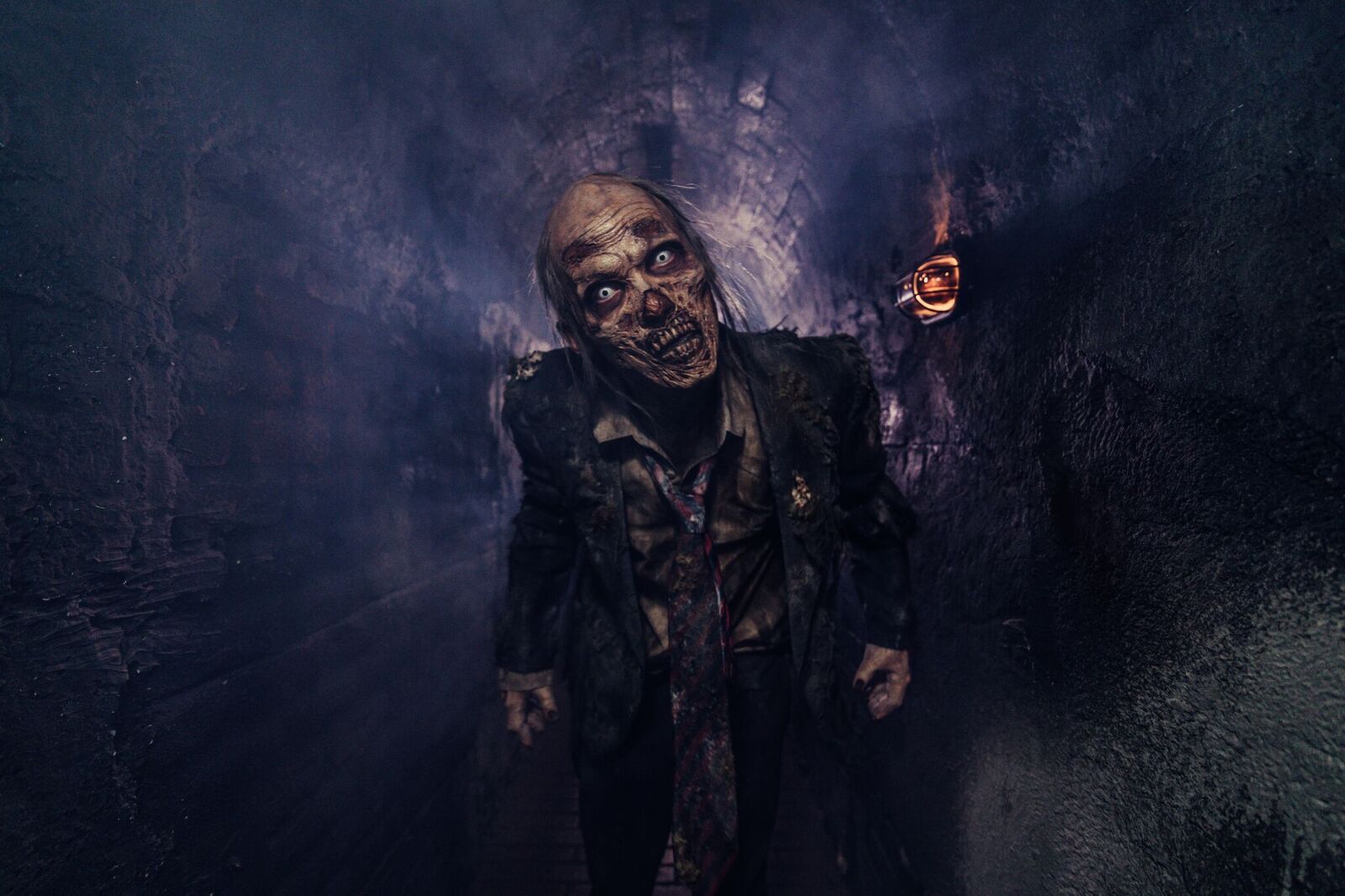 How Denver Haunted Houses Use Smells to Spook Visitors | 5280

Photo courtesy of the City of the Dead Haunted House

Smell is no small part of the Swansea haunt’s spookiness. When you approach the shaky elevator that delivers you to the “13th floor,” for example, your nose might pick up on the “boiler room” scent that’s enhancing the scene, Urban says. Dirt pods are placed in the cemetery; a decaying vegetation scent can be sniffed at the swamp scene; and an “old house” fragrance with a stinky must is planted in the mansion.

One particular smell piqued my interest, so I asked Urban: That gassy chainsaw engine smell emitted during the chase is just coming from a wall plug-in, right? “Nope, we use real chainsaws,” Urban says. “We replace the blades with our own rubber ones, but those are real chainsaws.” OK then.

13th Floor is far from alone in its smelly approach to inducing fear: Over at the City of the Dead and Asylum at the Mile High Flea Market, a rotting corpse additive is used in a kitchen scene, a campfire aroma is near a grill and—yup—a poop stench is placed near the bathroom sets, says Ryan McLellan, the general manager.

Set designers for both City of the Dead and 13th Floor purchase their scents from online retailer Froggy’s Fog, which has an entire inventory of gross scents—you know, a garden variety of smells like burnt rubber, charred corpse, electric chair, raw sewage, rotting decay, and urine.

In the past, Urban says, her haunted house used a rotting, decay smell in a butcher shop. But there’s a delicate line between making people queasy and actually making them sick, so the team stopped using that smell. “We didn’t want to have to air out the haunted house,” she says.

Denver-based artist Kevon Ward, the lead special effects artist for the 13th Floor Entertainment Group, explains that the haunted houses hit on all the senses—with the exception of taste—to crank up the fear factor. In addition to the sights and the scents, you’ll hear creepy music throughout the experience, and in certain rooms, the floors tilt or have a squishy texture, which hits on the tactile sensations, Ward explains.

Another way to incite fear is to have highs and lows, he explains, and to surprise people with the unexpected. A classic example: Ward was acting in a haunted house and guests were suspicious of what was hiding behind the shower curtain, expecting someone to pop out from there.

Instead, he crawled out of a sink basin.

“When you’re at the same height as someone, that’s expected,” Ward says. “But when you are scaring them from down low or up high, and using different elevations, that’s what freaks them out.”

Couple an unexpected scare with a whiff of decay, and you’re sure to let out a scream or two—unintentionally upping to the spook factor for anyone within ear shot.

Source: How Denver Haunted Houses Use Smells to Spook Visitors