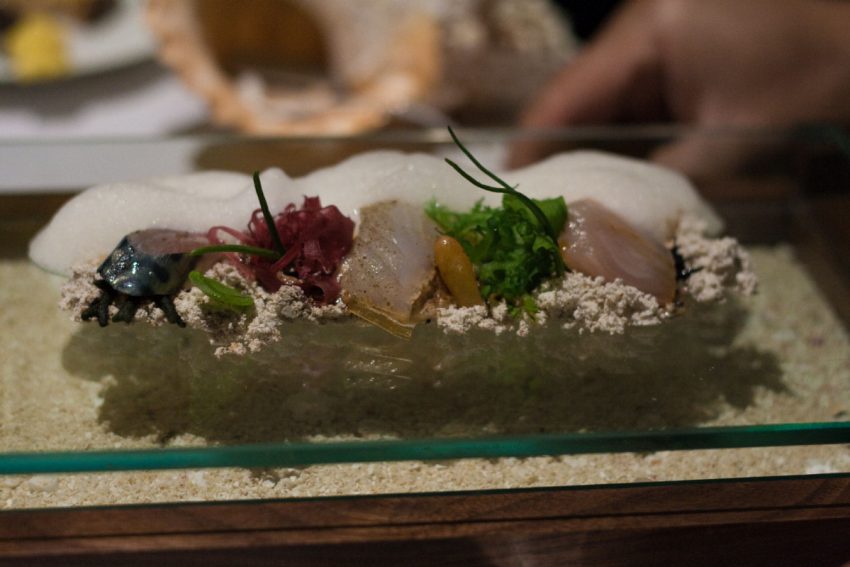 How a high-pitched tune alters the taste of your food

In Why You Eat What You Eat, Rachel Herz examines the science and psychology behind what we consume. Sometimes, what influences us is another sense, in this case, sound.

There is a famous Michelin three-star restaurant in Bray, England, called The Fat Duck. The Fat Duck is in a class of restaurants that practise the art of molecular gastronomy. At the frontier of epicurean adventures, molecular gastronomy investigates the chemical and physical transformations of ingredients that occur in cooking, and exploits these physical manipulations along with artistic, technical and environmental strategies to startle diners’ expectations and senses while eating.

In addition to visual illusions and verbal ruses such as dishes called “sea scallop, coffee, cauliflower, orange,” sounds have been employed to augment the sensory experience of eating in molecular gastronomy restaurants. Indeed The Fat Duck is famous for introducing a dish called “Sound of the Sea” that is served along with an iPod hidden in a conch shell with trailing earbuds that one is instructed to insert while eating.

The iPod plays the sounds of waves lapping on a shore with a seagull squawking overhead, and the dish looks like a sandy beach where lichen and shells have washed up. Apart from the iPod garnish, everything in this elaborate concoction is edible and among its ingredients you will find: ground ice-cream cone, tapioca, seaweed, oysters, clams, sea urchin, miso oil and vermouth.

Although not all molecular gastronomy experiments are as pleasing or exciting as their chefs intend them to be, in the case of “Sound of the Sea,” which Heston Blumenthal, the celebrity chef and owner, introduced to his restaurant nearly two decades ago, the intellectual effort actually elevates the sensory experience into something profound when the iPod clicks into action.

Charles Spence, the acclaimed sensory psychologist at Oxford University who studies how our senses interact, has discovered that what we hear can directly affect our perception of what we are tasting. In a recent experiment, Spence and his students had people eat toffee, also made by The Fat Duck restaurant, comprised of sugar, butter, syrup, treacle (molasses with a slightly bitter bite) and a little salt while listening to one of two soundscapes.

One soundscape was composed of very low-pitched notes played by brass instruments, while the other soundscape was synthesized from high-pitched notes made mainly by a piano. While seated in a darkened booth — so that they couldn’t see clearly — the participants were given two identical pieces of toffee. The participants then put on their headphones and tasted one piece while the high-pitched melody played, and the other piece while the low-pitched melody played and rated how sweet and bitter they thought each piece of toffee tasted.

This isn’t just an abstract effect that happens in a psychology laboratory. Spence took his test to the streets and teamed up with the culinary artist, Caroline Hobkinson during her month-in-residence at the experimental London restaurant, House of Wolf, and in October 2012, you could order the “sonic cake pop” for dessert — a nugget of chocolate covered bittersweet toffee that came with printed instructions to call a number on your cellphone.

When you called, an operator prompted you to “press 1 for sweet or 2 for bitter.” If you hit 1, you heard a twinkling high-pitched melody and if you pressed 2 you heard deep sonorous tones.

You can try this yourself with a piece of dark chocolate or even a cup of coffee. When you hear the high pitched soundtrack it should feel like your brain has hijacked your taste buds to a sweet crescendo, while the low-pitched soundtrack should turn what you have in your mouth to a bitter chord.

Prior research in Spence’s laboratory has shown that people associate a low-pitch soundscape with bitter taste and a high pitched soundscape with sweet. Spence calls these multi-sensory linkages “sensation transference,” a term borrowed from Louis Cheskin — a marketing innovator of the 20th century — who observed how consumers’ perception of a product was based on both the product and the sensory input associated with it. For example, the green colour of a 7UP can makes the soda taste more lemon-limey….

Source: How a high-pitched tune alters the taste of your food | Toronto Star