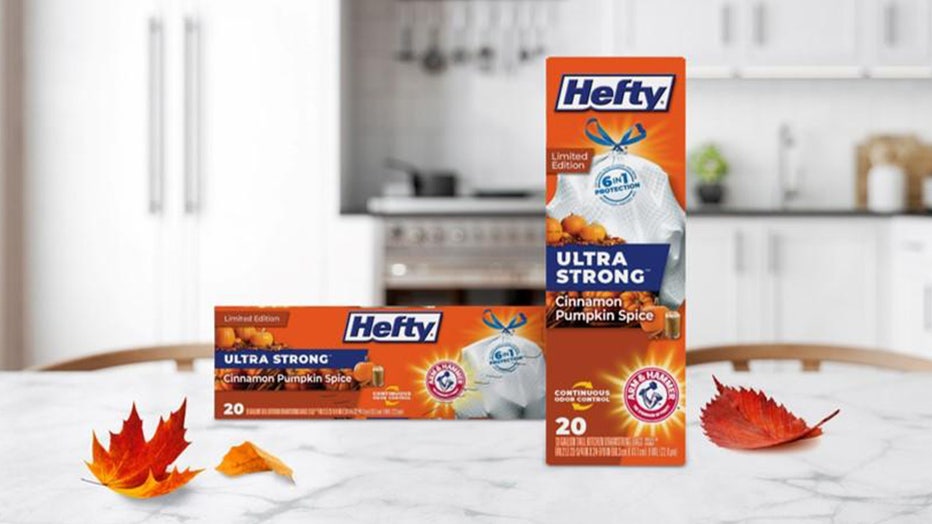 Hefty wants to make sure that not only are your lattes pumpkin spiced but your garbage is as well.

That’s right, Hefty has announced it will roll out pumpkin spice-scented garbage bags beginning Sept. 30, the company said in a news release.

“At this point, pumpkin spice is a cultural phenomenon. We wanted to combine that beloved scent with the strength, odor-control, and reliability consumers know and love from Hefty for a truly unexpected and delightful fall offering,” said Colleen Peters, senior brand manager at Reynolds Consumer Products. “These limited-time-offer trash bags will let pumpkin lovers everywhere indulge in the fall scent they love, while Hefty’s odor-control technology will keep their homes smelling clean.”

Many companies decided to jump the gun and unleash their pumpkin spice-flavored products early this year.

Even Oreo announced it was resurrecting its Pumpkin Spice Sandwich Cookies for a limited time beginning on August 15.

Science explains why people are obsessed with pumpkin spice anything

Matt Johnson, a Boston-based psychologist who specializes in the application of psychology to marketing, shared insights into the neuroscience and the marketing around our love of anything pumpkin spice-flavored.

“The flavor is just so closely tied to the arrival of fall and the nostalgic, wholesome vibes of both family and the leaves changing,” he told Fox News Digital by phone.

Johnson is the author of two books, “Blindsight: The (mostly) hidden ways marketing reshapes our brains,” and “Branding that Means Business.” He’s also a psychology professor at Hult International Business School in Boston and a lecturer at Harvard University.

“We are highly, highly visual creatures, but our sense of taste is one of our weakest senses,” he said.

Our sense of taste is actually “highly impressionable,” Johnson continued.

There have been a lot of experiments testing the accuracy of humans’ sense of taste, said Johnson. “For example, we really can’t tell wine [distinctions] nearly as well as we think we can,” he shared.

So, when either idea ­— pumpkin spice or fall — is activated, he said, “it will automatically trigger the other, since they share such close proximity in the medial temporal lobe.”

He added that product marketers “have successfully associated fall with pumpkin spice to such an extent that we can’t really have one without the other — the association impacts perception itself.”

FOX News contributed to this report. This story was reported from Los Angeles.