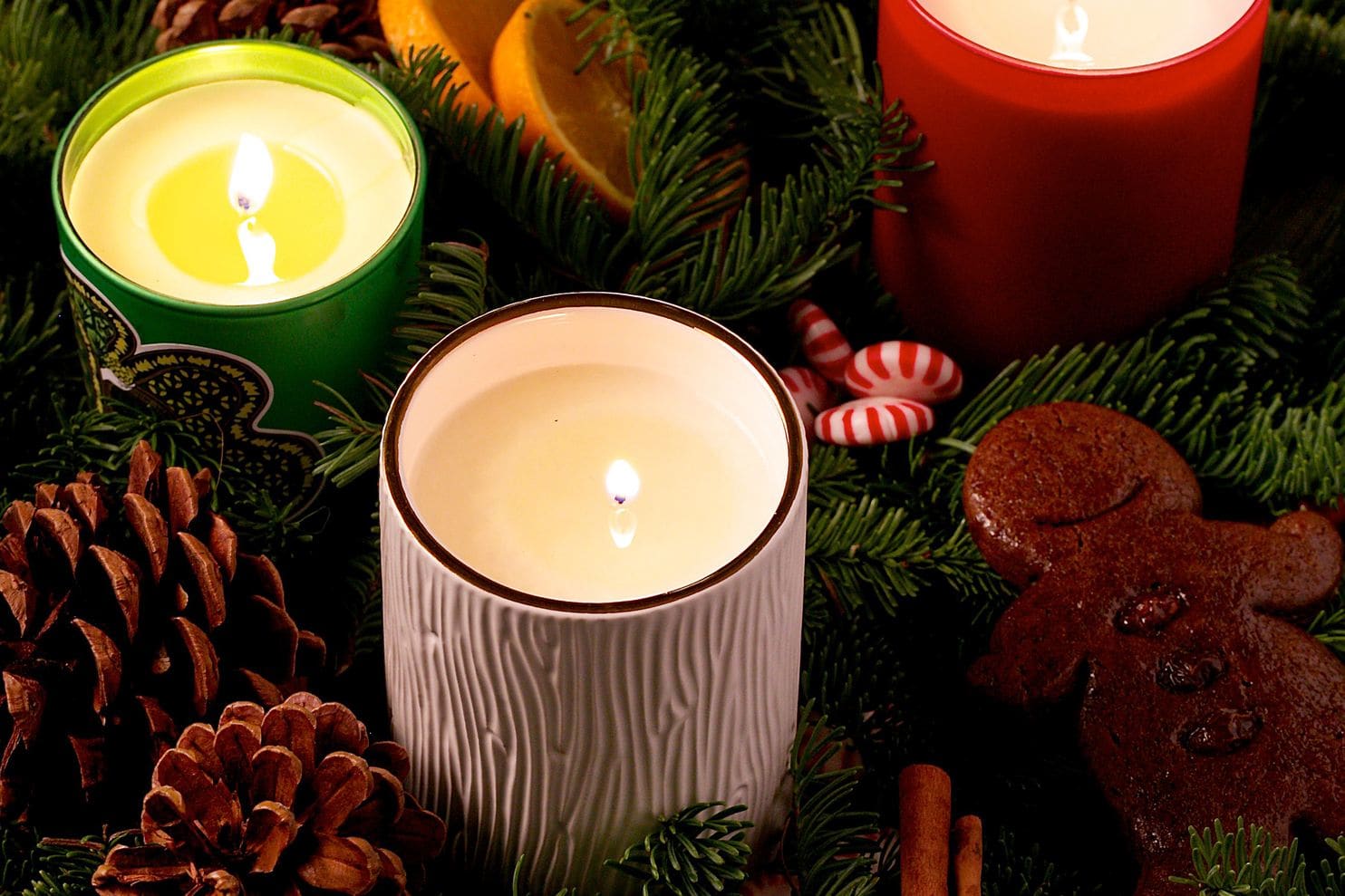 Gingerbread, fir or burning wood: Can a scented candle capture the essence of Christmas? | The Washington Post

Many people have a special smell they associate with the holidays.

Chances are there is a scented candle out there that re-creates your Christmas memory, although we are sorry to report that if your remembrance is the cocktail, Yankee Candle’s Alpine Martini has been discontinued.

This time of year, candles seem to be everywhere. About 80 percent of Americans use some type of scent in their home, because it makes them “feel relaxed,” according to a 2018 NPD Group study. The candle business (which had sales of $3.2 billion in 2015, according to the market research firm Mintel) is booming. About 70 percent of sales occur between October and December, according to Kathy LaVanier, president of the National Candle Association.

“Our sense of smell is one of the most important senses we have,” says Laura Slatkin, founder and executive chairwoman of Nest Fragrances, who has been in the candle business for 26 years. “At the holidays, candles are a festive tradition, like your family’s favorite stuffing.”

Candles in fancy packaging are stacked up as gift suggestions and impulse items in department stores, supermarkets, fancy boutiques and artsy craft fairs, costing from five bucks to hundreds of dollars. “Candle pricing is based on ingredients, just like wine,” says Linda G. Levy, president of the Fragrance Foundation. The higher the price, the choicer and finer the ingredients. (There are endless sources for them online as well.)

Artisan candles have become a thing. One of these makers is Otherland, whose 2018 limited-edition holiday scent is a “woodsy and warm” Fallen Fir. The company, based in Manhattan’s Lower East Side, sells its candles poured in artful glass tumblers that it suggests repurposing for scrunchie storage. The candles come with a tiny box of matching matches, a disappearing yet necessary home accessory.

Scented candles, like perfume, are not for everyone. A few weeks ago, we held an informal sniff test of 14 holiday-scented candles, from the $4.99 Glade Enchanted Evergreens to the $205 Jo Malone White Moss & Snowdrop. The testers’ comments brought a few truths to light: Everyone smells differently, and our parents play heavily into our memories of Christmas.

The Thymes Frasier Fir candle, with its notes of Siberian fir needles, sandalwood and cedar brought back these memories for one tester: “It smells like my dad cussing because the new tree is getting sap all over the carpet.” Another tester said the soapy, musk smell of Innisfree’s Dreaming of Santa candle made the tester think it could “clean my house”; another described it as “fresh laundry.” The Diptyque Baume D’Ambre, which smells like vanilla, benzoin and lavender reminded one tester of “myrrh or frankincense and reminds me of being in the Lutheran Nativity play”; another said “ginger mixed with cleaning solutions.” Two testers mentioned that Aromatique’s the Smell of Christmas conjured up thoughts of cooking with their moms.

Home fragrance became popular in the 1980s, when potpourri burst onto the nation’s coffee tables, according to LaVanier. In 1982, Arkansas entrepreneur Patti Upton created the Smell of Christmas, a bag of wood shavings, pine cones and berries laced with fragrant spices and oils that became a national sensation. Ten years later, she was selling a million of the $10 cellophane bags of holiday “decorative home fragrance.” Upton died last year at age 79. But her company, Aromatique, actually holds the registered trademark for “The Smell of Christmas.” And 36 years after the seasonal scent was introduced, its most popular form is a candle. Why has it lasted? “It’s the smell that many remember from their grandmother’s house: cinnamon, oranges and spices,” says Chad Evans, Aromatique’s president.

Scent can transport you back: to a snowy Christmas tree farm in Minnesota or to Greenwich Village when tree sellers set up on the sidewalks. Your memory of that first whoosh of evergreen scent stays with you forever. For those who have gone faux with plastic trees, candles that smell like just-cut firs can help them pretend they haven’t gone to the fake side. One of these is Thymes Frasier Fir. When introduced in 2004, it promptly sold out. Today, it is used by some fans year-round, says Amy Banks, brand director for Thymes. There are now 56 products in the Frasier Fir scent, including a pomander ball and dishwashing liquid.

At Yankee Candle, the largest candle company in the United States, more than 30 out of 200 fragrances are holiday-oriented. Two of its most popular wintry candles are Balsam and Cedar and the buttery, vanilla Christmas Cookie , according to Jennifer Genson, Yankee Candle’s senior fragrance manager. She says holiday candles sell to all age groups, and millennials have become faithful candle consumers. “They may be renting a house or apartment, and they want to find a fragrance that represents their personality and creates a sense of place,” Genson says.

Internationally, Genson says, tastes in holiday scents vary. Genson grew up in France. “In Paris, we like orange with a bit of clove; that is my smell of Christmas,” she says. “The scent I remember from living in Italy is panettone, the candied fruit brioche.” No, there is no Yankee panettone candle as of yet.

Of course, there are candle fanatics, and there are candle haters. For some, the perfect way to relax after work is to pour a beverage, click on Netflix and light a soothing candle. For others, any candle they receive as a gift goes directly into the regifting closet — the subject of a hilarious “Saturday Night Live” skit. Some simply are sensitive to smells and find fragrances irritating.

So what should you do if you love to burn them and are having friends over? James Farmer, an interior designer and author from Perry, Ga., says that in most instances, if you’re having a big party in your house and you love scented candles, you should burn what you like. If guests don’t like them, they can discreetly ask you to snuff them out.

Personally, he loves candles with a scent, his favorite holiday version being Jo Malone’s White Moss & Snowdrop. But not while food is being served.

“If I have a buffet, the food should be the scent,” he says. “I don’t want to smell a snickerdoodle candle when I’m serving roast beef.”

Washington Post staffers held an informal sniff test for 14 popular holiday candles. Here are the results, ranked from most to least favorite scent (there was a tie for first place).

Source: Gingerbread, fir or burning wood: Can a scented candle capture the essence of Christmas? – The Washington Post