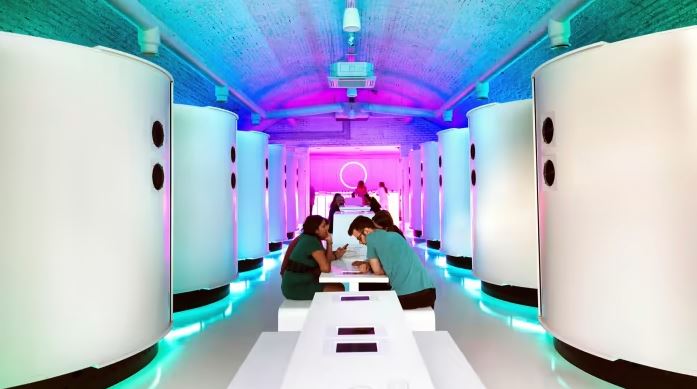 From out on the street, Otherworld looks like the headquarters of a futuristic cult. Nestled under a railway arch in Haggerston, east London, its unmarked entrance gives on to a neon-lit corridor flanked by circular white pods that resemble vertical sensory deprivation tanks. In fact, their function is the polar opposite — at this virtual reality bar, these sci-fi cabins are a gateway to total sensory overload, a high-spec showcase for the potential of VR gaming. An employee swaddled in layers of cushioned white fabric assembles my friends and me around a glowing table to introduce the games we can sample during our one-hour slot. We could explore Google Earth in VR, paint in 3D with Tilt Brush or shoot each other with laser guns while cackling maniacally. We opt for the latter. After a somewhat convoluted introduction to the system, during which a non-gamer in our group glances at me nervously, we go into our separate pods and don controllers, headphones and headsets. Our physical surroundings are tightly shut out. The next hour is a genuine hoot. Each game took a few minutes to learn, but before long we were deeply immersed in competitive dance-off Synth Riders, acrobatic sci-fi shooter Hyper Dash and zombie survival game Arizona Sunshine. Though physically separated, we were united as avatars in virtual space and could communicate through our headphones. 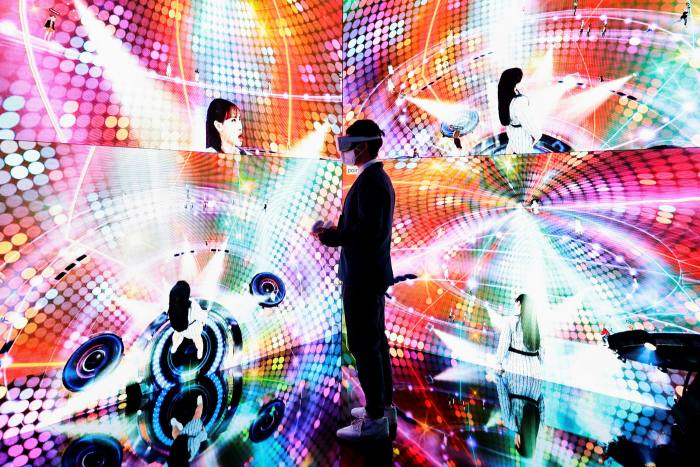 The launch of Meta’s Quest 2 headset in 2020 did mark a significant step forward. Simpler to use and far cheaper than competitors, this model processed the game software in the headset, rather than on a computer or console, meaning it was unable to run sophisticated games — most look as if they’re two decades old. Still, the trade-off of quality for accessibility and affordability appears to be working: the Quest 2 is now the headset to beat, representing 78 per cent of all VR hardware sales in 2021. Yet even now, VR players still only account for 2 per cent of PC gamers on Steam. Why does uptake remain slow? It’s not that there aren’t any good VR games available; however, there aren’t many of them. You can dance along to Beat Saber or while away a few hours with ingenious puzzle-shooter Superhot. Most other offerings are basic, either because developers are stuck building for the feeble Quest 2 or because they don’t see the profit potential in ambitious development for the limited VR audience. There is just one VR masterpiece: Half-Life: Alyx, a continuation of Valve’s beloved shooter series which boasts stunning visuals, a robust narrative and dozens of small, thoughtful details that exploit the uniquely immersive potential of VR. Even with a great game to play, I find myself reluctant to get out my headset at home. They still feel bulky, can cause motion sickness, and I find it unnerving to be isolated from the physical surroundings of my small room, especially since my cat has a single-minded desire to trip me up whenever I play. The attempts to show the room around you using headset-mounted cameras still feel technologically primitive. While VR hardware is rapidly developing, this pace of evolution makes it hard to reason that now is the right moment to jump aboard — a far better model could be just around the corner.

VR games still have a niche community of devoted supporters who believe in the technology’s future, as do many big companies: Sony has announced its new PSVR2 headset alongside a new VR Horizon game, Meta is teasing a new headset named Project Cambria, and even Apple has shown a demo of new VR hardware to investors. For home play, though, VR still has some growing pains ahead. Spaces such as Otherworld show the tech’s full potential — so, paradoxically, to experience the full flavour of the virtual world right now you might need to leave the house. 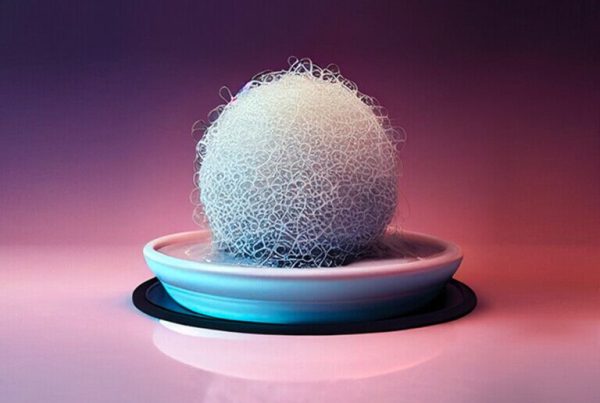 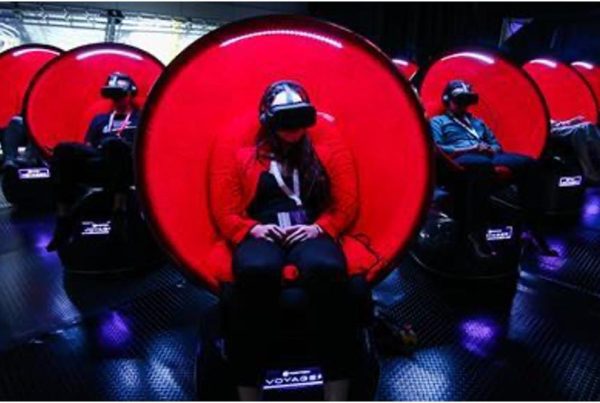