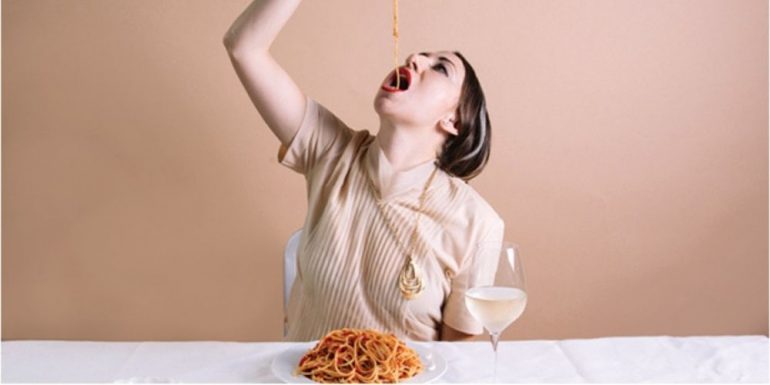 Food in the arts? Why we need to consider the trend an artform | Kulturehub

By msensory team26/10/2020No Comments
PHOTO CRED: FORGETTING HOW TO EAT BY ALLIE WIST

When we talk about Art, with capital A, we tend to prioritize senses of sight and sound. Things we can see like paintings or sculptures or hear like orchestra or operas. Yet, when it comes to including taste or smell under the category of fine arts, western culture (at least) is often hesitant.

Culinary art has in fact grown in popularity, consideration, and spectrum. Star chefs like Ferran Adria are now invited to art fairs and to host conceptual restaurants that focus more on the experience of food.Chef’s Table, Master Chef, and other shows now use cooking as a different form of entertainment. Yet, how often do we think of the artistry of the food experience?

Food is perhaps the most intimate form of expression and communication. It is the only art we literally “digest.” So, whether it is used as material for visual art or as performance, there is a surge of people considering food a cultural performance and an artistic experience.

Allie Wist: Forgetting How To Eat

Allie Wist, the visual editor at Conde Nast’s Bon Appetit and Food in the Arts professor at NYU, explains how these mundane performances are, in fact, part of the cultural Arts (yes, with a capital A). Like many, Allie didn’t realize that the intersection between art and food until she came to New York. As an artist, she never really saw herself as a painter or sculpturist. Though she always had a high interest in the different ways to experience and express an idea.

While studying Food Studies for her masters at NYU, she realized that there was an aesthetic experience of food that hasn’t been fully uncovered.

“WHEN I GOT A MASTER’S IN FOOD STUDIES, ALL OF THE INFORMATION ABOUT CULINARY LOGIC, AMERICANS FEEL DISORIENTED IN DIET CULTURE, FOOD, AND GENRES WAS FASCINATING. YET, IT WAS HARD TO MAKE IT COMPELLING WITH WORDS ALONE. IT WAS NOT ACTIVATING ENOUGH CONSIDERING WE ARE TALKING ABOUT SOMETHING WE ENGAGE IN A HIGH SENSORY WAY. WORDS WERE NOT AS ENGAGING.”

These new ideas of food needed to interact within a physical space or throughout a visual experience. Only this way, the public is able to uniquely “digest” (no pun intended) the diverse intricacies that food provides.

The Food in the Arts professor’s first art project is “Forgetting How to Eat”. A photo essay that explores the role that generational amnesia plays in our knowledge about food.

She explained that this refers to the fact that what is considered “normal,” has shifted over time. Each generation just accepts the state they are in as “normal,” however disregarding all that is lost in each passing.

How has our food culture evolved?

We went from hunting and gathering to Michelin Star restaurants. Over the last decade, however, people’s relationship with food has grown further apart. We no longer know the source of our foods mainly because killing a chicken or finding a broccoli plant is no longer our job.

The first American cookbook, American Cookery was published in 1796, by Amelia Simmons. The recipes were originally written without instructions because it was assumed that people knew where to get the ingredients from or the basic steps of preparation. Now, Hello Fresh and other meal-kit companies, have taken over that responsibility.

It was at the beginning of the 20th century that food companies tried to introduce frozen and package foods. Still, people were resistant to the idea; they feared losing the connection with the meal. Before the advent of supermarkets, people used to go to the nearest local grocery store. Back then, the local grocer was the mediator between the buyer and its food. But, the real change happened with the advent of supermarkets in 1930, when food turned into a packaged product on a shelf. And, in the ’50s — the self-service era — turned idea of “convenience” into cultural value.

Our relationship with food has changed gradually over the years. And there has been little to no record as to how different civilizations perceive the significance or cultural value over a meal. And, in that void, is there some intimacy that we are missing?

Food in the arts… What are we missing?

It is hard to know who did what in a hunter-gathering society. We assumed that women did a lot of the gathering, but cooking was probably a collaborative effort. Yet, for a long period of history, both men and women were farmers. And, it wasn’t until the 17th century, when capitalist ideas emerged, that gender role was significantly assigned.

The problem is that we assumed that cooking was a burden of a patriarchal society. But it was rather a cultural performance that many women embraced. The information that we once lacked to acknowledge about food now reflects our contemporary views. Thus, for long, we have failed to recognize it as a form of communication and expression in its simplest forms.

Historically, it was a way of performing and preserving identities around different beliefs and sharing cultures. “We’ve heard it from immigrants that food is a very powerful way to share where you come from and reduce that sense of otherness,” explained Allie.

For a long time, food has been a connection between people and cultures, both on a personal and superficial level. It is either our way to push ourselves outside our comfort zone, yet also a way we find comfort in the unknown. Food has a direct biological and psychological impact on our interaction with the world, how we feel, and how we act. If considered, going to a restaurant can be a parallel experience as to going to a museum. Both places not only host art but also hold information about the past, present, and future of different societies.

Now consider, why did the Romans eat the way they did? Was there a specific order for cooking meat the way they did? Undeniably, submerging ourselves into their culinary world would provide us a deeper understanding of their culture. And, perhaps, their behavior? If we pay more attention to what we eat, how we eat, and where we eat, could we have a better understanding of the world in general? After all, art is about provoking emotions and that is something food certainly does.

Source: Food in the arts? Why we need to consider the trend an artform